Speakers included Linda Beigel Schulman who has become a nationally known activist since her son, teacher Scott Beigel, was murdered at the Parkland school massacre in 2018, along with 16 other students and teachers. State Sens. Jim Gaughran and Anna Kaplan also spoke, as did Dr. Eve Krief, a pediatrician and activist. Krief noted reports that said that guns are the leading cause of death among young Americans, surpassing car accidents and drownings.

Gaughran talked about his bill that would strengthen the state’s red-flag law, which currently allows police to seek a court order to temporarily remove guns from those who deemed a danger to themselves or others. Gaughran’s bill would require that step be taken. Gov. Kathy Hochul signed an executive order to require the same after the May 14 murders of 10 people in Buffalo by a man who had been hospitalized briefly in 2021 after allegedly saying he wanted to kill people. State police said they didn’t seek to remove his guns because his comments were not specific threats.

“So many of my fellow pediatricians just broke down in tears, just crying. This is what we do, we take care of these little children every day. Just the thought of the terror they had to endure, what their families are enduring. There’s no words, there’s no words. It’s horrifying.

“We cannot give up. We cannot be an embarrassment to the world.” 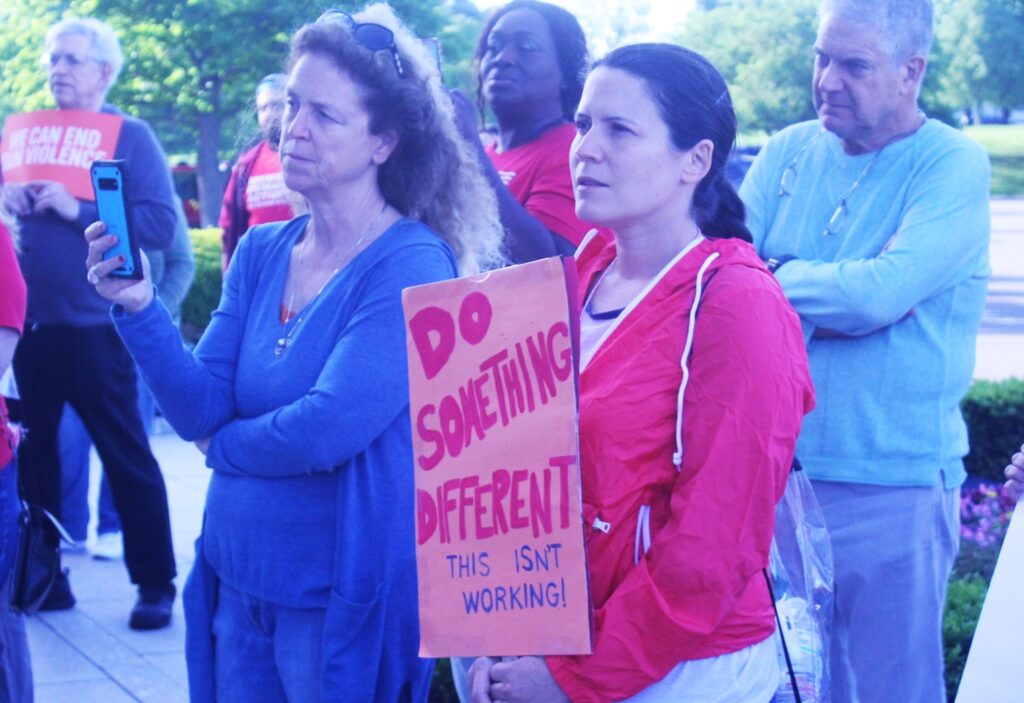