They served search warrants on the homes of two Long Beach brothers, Andrew Pawelsky, 24, and his brother, Alan Pawelsky, 20.

They and federal officers also served a search warrant on a Huntington man, Mazhar Abdullah, who operates a business known as Max Auto Recycling.

On Facebook, the Max Auto Recycling page says, “We buy used catalytic converter. # top dollar paid,” and lists a phone number. Newsday said Nassau officials did not explain how the Huntington home search might be connected to the Long Beach investigation.

Newsday quoted Nassau Police Commissioner Patrick Ryder as saying,”To all those that buy the cat cons and all those who steal the cat cons, we ain’t done yet. We ain’t even close to being done. Every [scrap] yard that has turned a blind eye and taken these in, you better open up both those of eyes because the next knock on the door is going to be the Nassau County Police Department.”

Numerous complaints have been recorded in Huntington about residents’ catalytic converters disappearing over night from vehicles parked on streets and driveways. The devices are considered especially valuable because they contain precious metals. 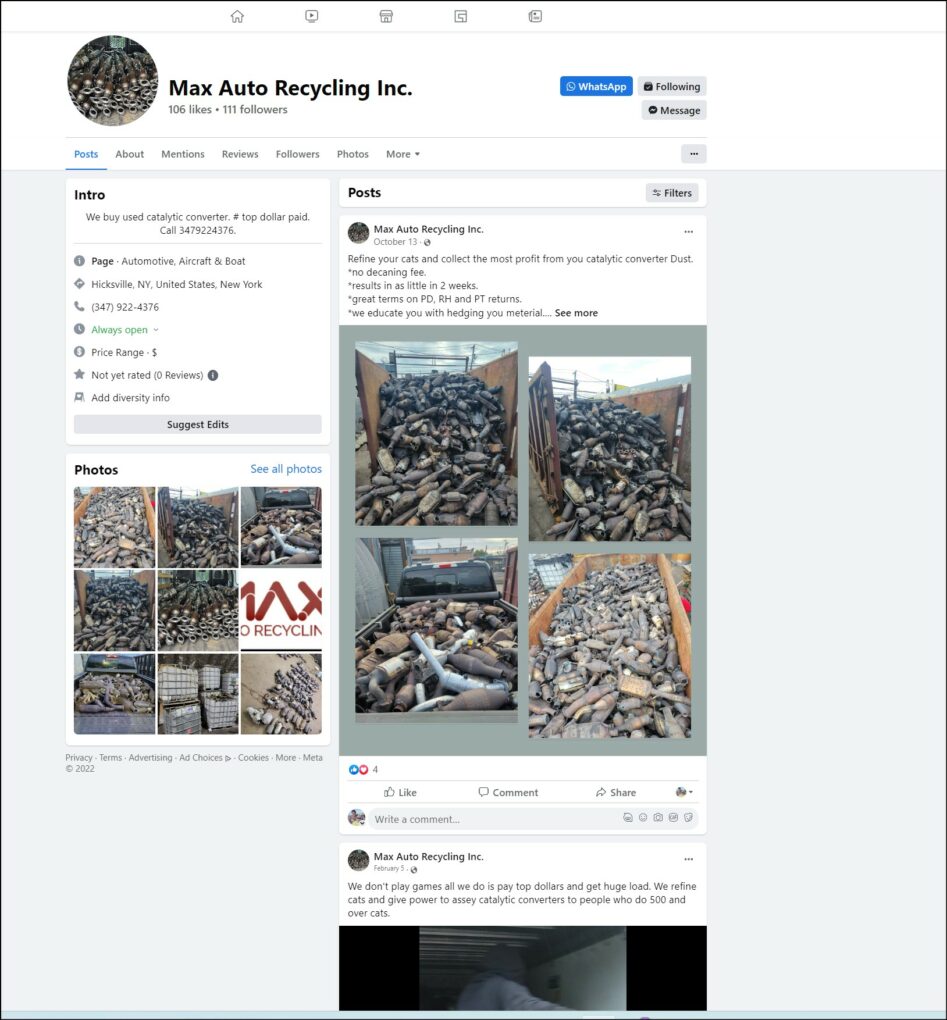