The investigation will “determine whether violations of state law have occurred,” according to a copy of the letter to PSEG, Newsday said.

Meanwhile, three Democratic members of Congress wrote to Gov. Andrew M. Cuomo to encourage him to investigate how the utility responded to the storm. US Reps. Kathleen Rice,Tom Suozzi and Gregory Meeks said PSEG should be investigated because of its “delayed capabilities and inabilities to restore power.”

The letter was dated Aug.5, the day after the storm struck Long Island, taking down power to more than 430,000 at one point. 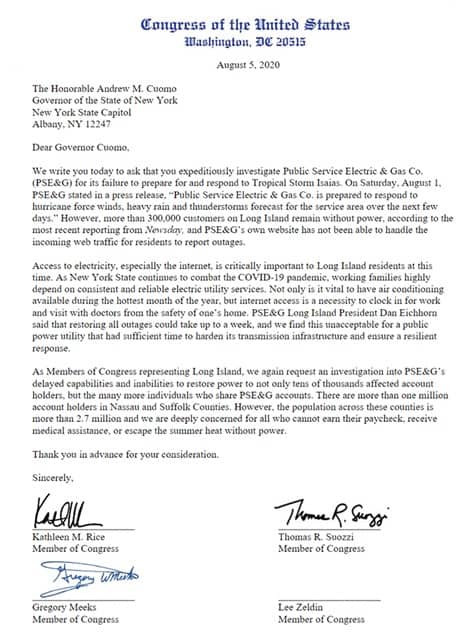