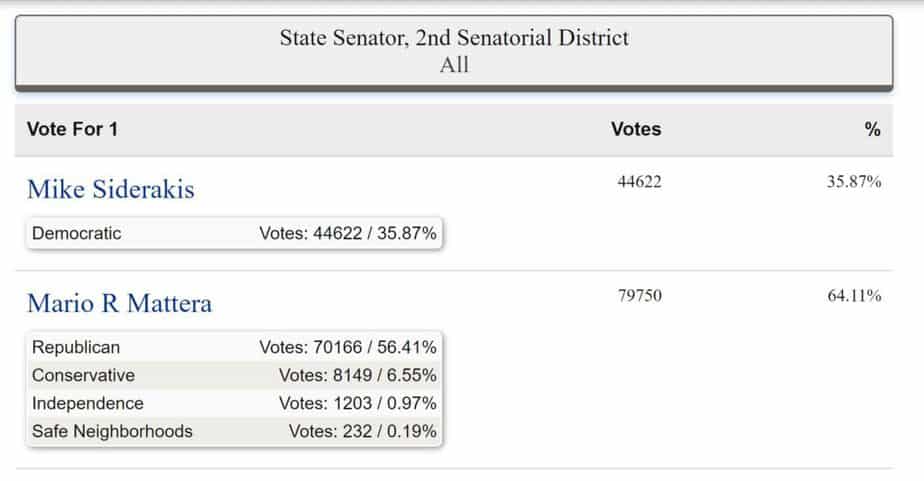 As of 2 a.m., Mattera had 64.11 percent of the vote to the 35.87 percent the Suffolk Board of Elections reported for Siderakis.

Mattera is a business agent  with Plumbers Local Union #200 and a member of the Suffolk County Water Authority board.  He had the support of several law enforcement organizations, and several blue-collar unions. He lives in St. James.

Siderakis served as a state trooper for 28 years. He lives in Nesconset.

Newsday reported that at least 30,625 absentee ballots were uncounted as of Nov 2. In addition, absentee ballots are accepted by the board for three more days as long as they were postmarked by Nov. 3.

All numbers are subject to change.

The seat was vacated earlier this year when John Flanagan resigned. 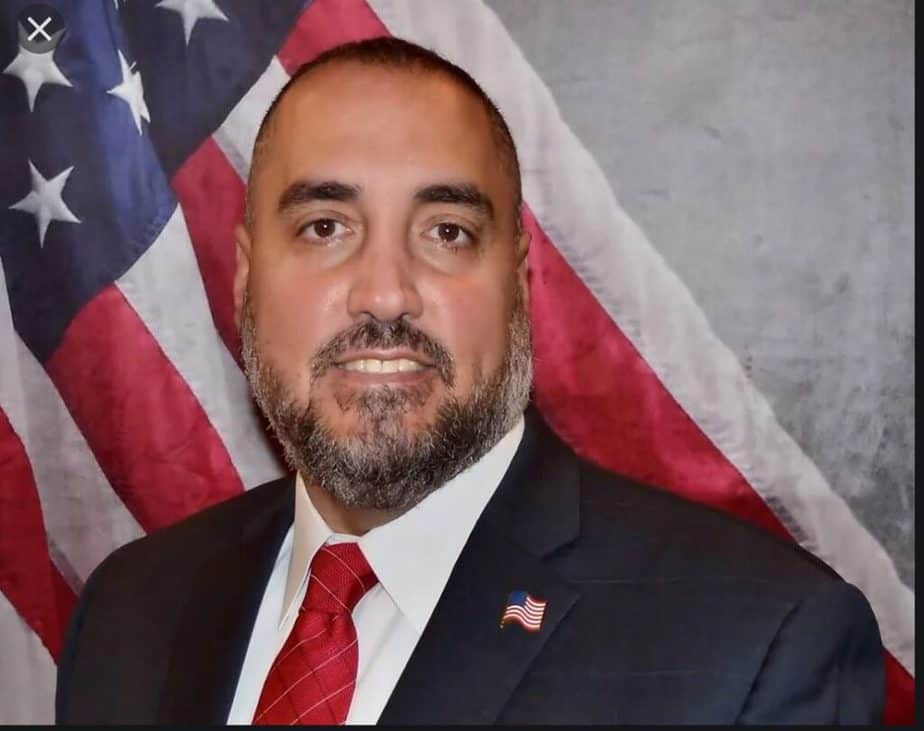 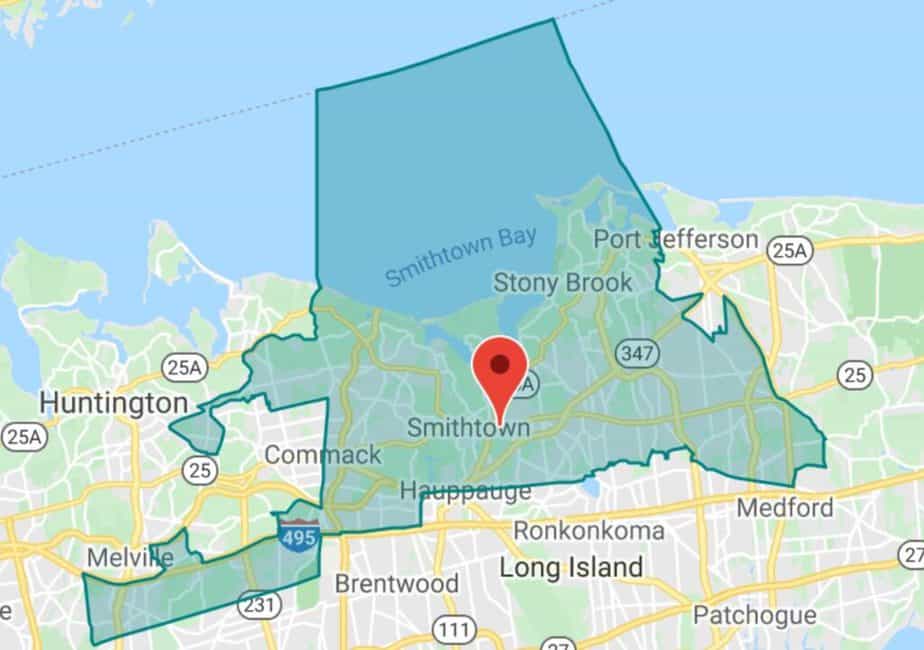