updated: Huntington Republicans were organizing and getting out the vote Tuesday as the Republican primary for the 1st Congressional District was underway.

In the race, the party endorsed Nick LaLota, who has served in a variety of public positions, including Suffolk County Legislature chief of staff. He is being challenged by Michelle Bond, a cryptotrade association leader, and Anthony Figliola. The party has accused Bond of several things, including being a Democratic plant and said that she lives in Maryland. She has won the support of Donald Trump Jr. and Sen. Ted Cruz of Texas.

Volunteers dropped in to the Republican office on New York Avenue Tuesday to pick up signs, and chat about voter turnout.

Voting continues until 9 p.m. In Huntington. Where to vote: https://voterlookup.elections.ny.gov/ 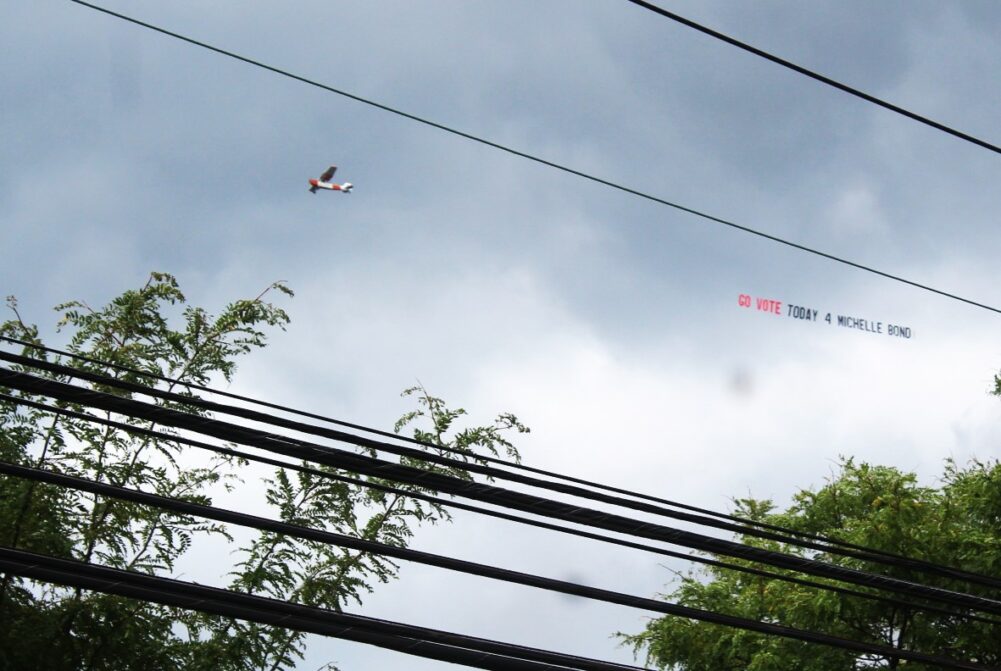