An East Northport restaurant plans to reopen Tuesday after it was vandalized in a break-in, the restaurant said Monday.

“We were robbed and vandalized,” the  voicemail  for Chefs of New York said, noting that the owners of the Italian restaurant were working throughout the day Monday in order to be able to reopen.

Suffolk police said Second Squad detectives are investigating the burglary and criminal mischief  when someone pried open the rear door of Chefs of New York, stole items and damaged items at approximately 1 a.m.

Posters on Facebook said that the family preferred that no one organizes a fundraiser but instead just patronize the restaurant when it reopens.

“Mike, Mike Jr. and family are completely devastated! Please help them out! This is the busiest week of the year for them. The store was robbed and completely destroyed!! Mike and Mike Jr are the same people that helped us feed our Elwood neighbors during NY Pause last spring,” one Facebook commenter said.

The restaurant said that the destruction knocked out all of its third-party delivery services but orders could be placed directly to the restaurant.

Chefs of New York is at 508 Larkfield Road, East Northport. 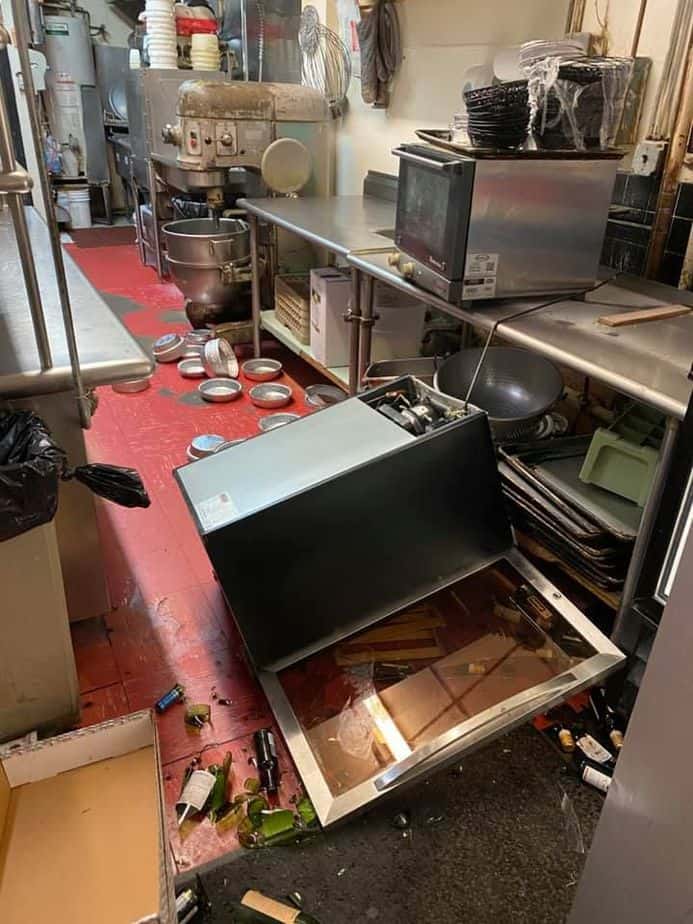