Students at Elwood’s Harley Avenue Primary School recently put their knowledge to the test as contestants on a live game show.

The “Brain Challenge,” created by Holly Rock Entertainment, calls upon students from each grade level to answer questions to earn points for their respective teams. Much like a television game show, students were divided into two teams and had to collectively answer trivia questions such as “how many letters are in the alphabet?” and “what’s the tenth month of the year?” Additionally, students were asked questions about math, biology, geography and more.

Every other round, students were selected for physical challenges, like hula-hooping, Simon Says, or Tug-o-War. Teachers had a chance to join in on the fun.

The Band Parents Association of Huntington High School will holds its annual pancake breakfast Feb. 9 at the Halesite Fire Department.

The group is raising funds to send the band to march in the National Independence Day parade Washington, D.C., in July.

Town Supervisor Chad A. Lupinacci nominated the Huntington Blue Devil Marching Band to represent both the State of New York and the Town of Huntington in the annual July 4 parade on Constitution Avenue in Washington

The pancake breakfast is scheduled for 9 a.m. until noon at the Halesite Fire Department,  1 New York Avenue on Sunday, February 9, 2020 from 9 am to
12 pm.

Adult tickets are $8; other tickets are $5 per students and seniors. Online tickets can be purchased at https://www.bandparentsofhuntington.net.

Raffles and 50/50 prizes will be offered and an opportunity to view past performances of the band’s performances at the state competition. 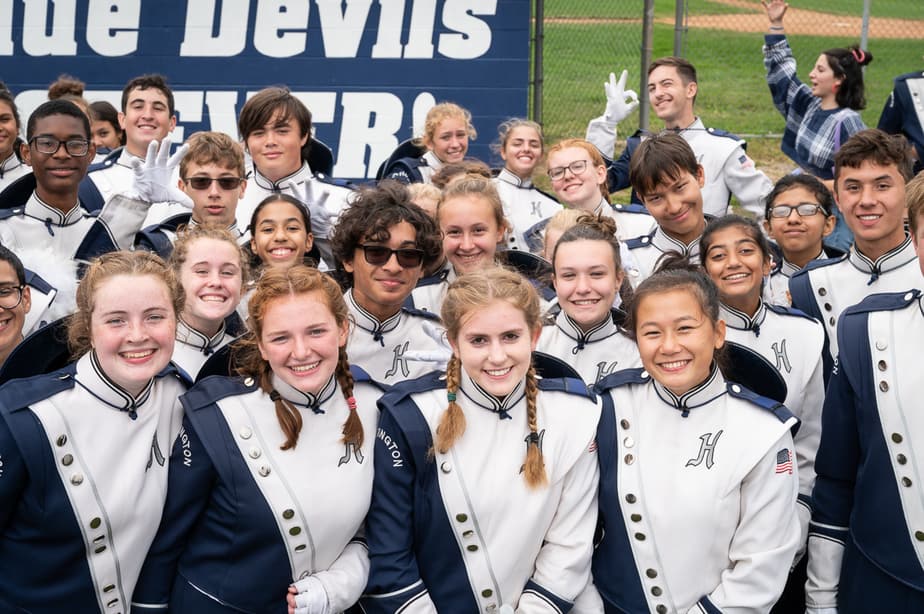 Led by greenhouse coordinator Janet Byler, the students conducted two experiments. Over the course of two weeks, they will study the effects of salt water on germination and the effects overf-ertilization has on algae growth. Third graders learned about the natural displacement of fertilization from storm water runoff and salt water from hurricanes.

Additionally, students explored the greenhouse, where high school students in the Friends of the Greenhouse club conduct experiments and grow assorted plants and fruits, including milkweed and bananas. Two students even got to take home souvenir carrots from the school’s vegetable garden.

Students will return to the high school on Jan. 30 to collect data and discuss their experiments. 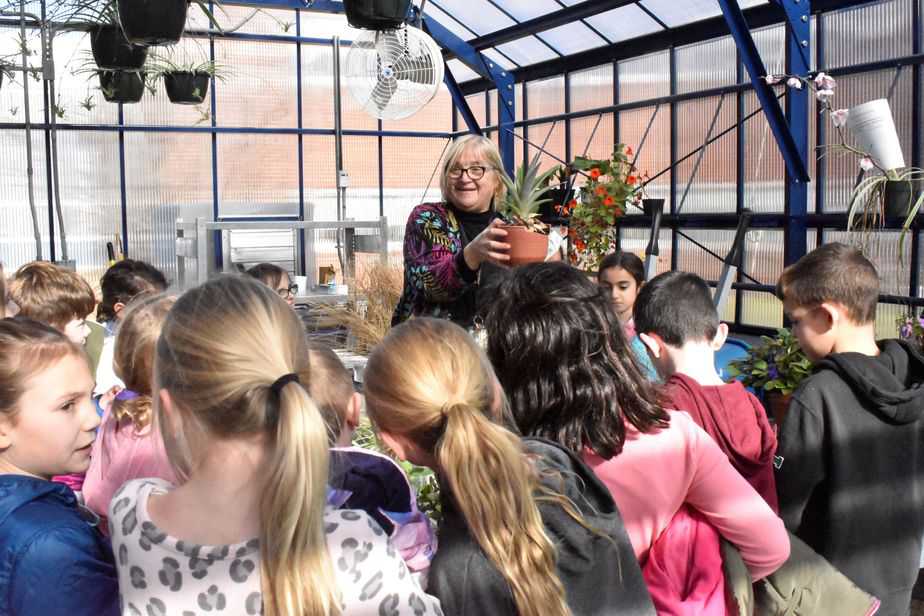 Sixth graders at Oldfield Middle School spent a week learning about Ancient Egypt and used their knowledge to mummify one of their classmates
using paper towels.
They learned about the mummification process and performed mourning rituals for their classmates as they lay with their arms crossed under “linens.”

“Vividly,” “social” and “argue” were among the words that fourth and fifth graders had to spell at Thomas J. Lahey Elementary School’s annual spelling bee.

Leading up to the competition, each classroom held its own spelling bee to determine the nineteen students that would move forward.

Recycled Plastics Sprout as a Garden