The ceremony marked the 26th annual induction since the founding of Huntington’s Nathan Hale chapter of Mu Alpha Theta.

To be eligible for membership, students must be enrolled in a math class higher than Algebra 2 (such as pre-Calculus, Calculus, AP Calculus, Introduction to Statistics, AP Statistics) and have a minimum unweighted grade average of 85 in Algebra, Geometry and Algebra 2.

Eight Elwood student-musicians were recently selected for the annual Long Island String Festival Association’s annual January ensemble festival. The top orchestra students from across Suffolk County are selected to be a part of the festival. Over the course of a weekend, students participate in two rehearsals and a concert performance.

Whitney O’Donnell, library media specialist at Lloyd Harbor Elementary School in the Cold Spring Harbor Central School District, has been named a Bright Light by the Association of Suffolk Supervisors for Educational Technology. Recipients are selected for their  integration of technology into their educational environment. 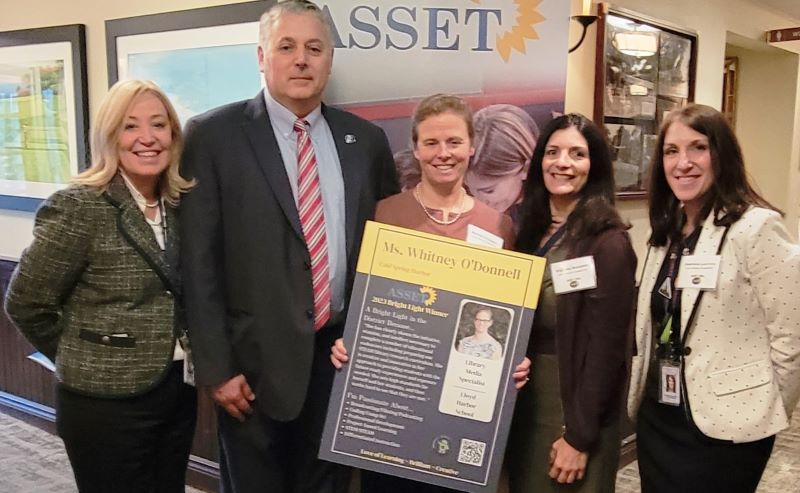 Children who reach their fifth birthday, on or before Dec. 31, are entitled to attend kindergarten commencing in September.

For questions,  or if translation services are needed at time of registration, please contact the Registration Office at: 631-262-8546.

The STEAM-based Make and Take Club at Washington Drive Primary School in
the Harborfields Central School District serves to promote thinking and enable the club
members to create something that they can take home at the end of each session. In one
recent project, the students made rockets using film canisters and shot them off in the
atrium. They needed to determine how much “fuel” (consisting of Alka-Seltzer) and water
to use to get a high blast.

Another project highlight was a toothpick tower challenge. The students first had to figure how to make cubes, rectangular prisms and pyramids using only toothpicks and Play-Doh, then moved on to construct three-dimensional towers with those materials.

Photos by the Harborfields school district 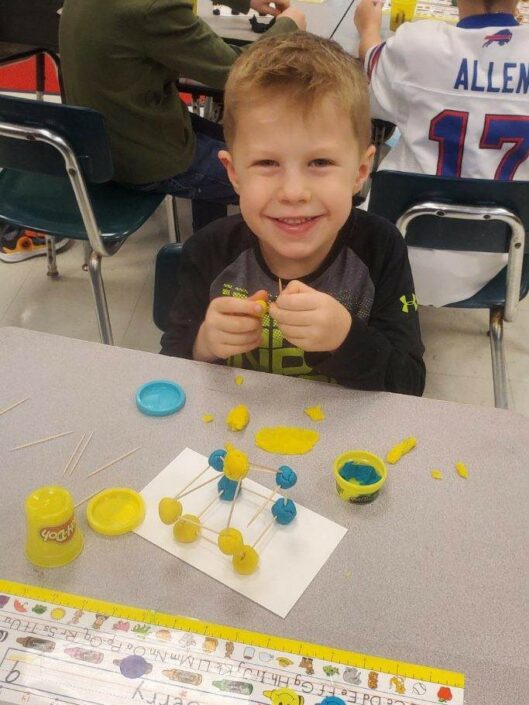 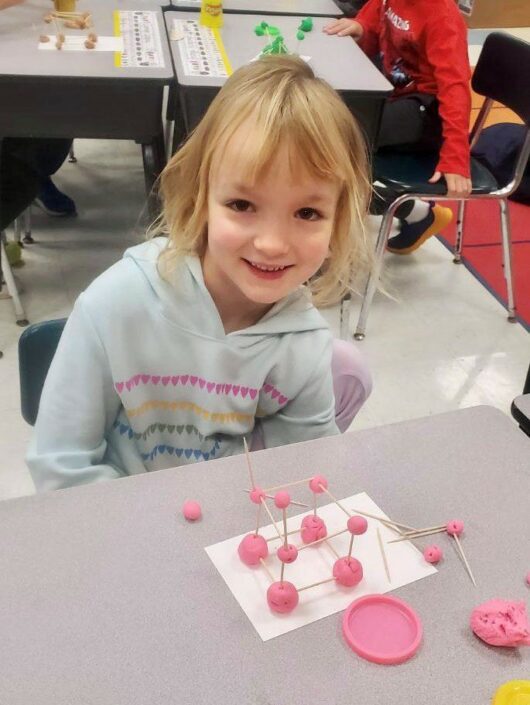 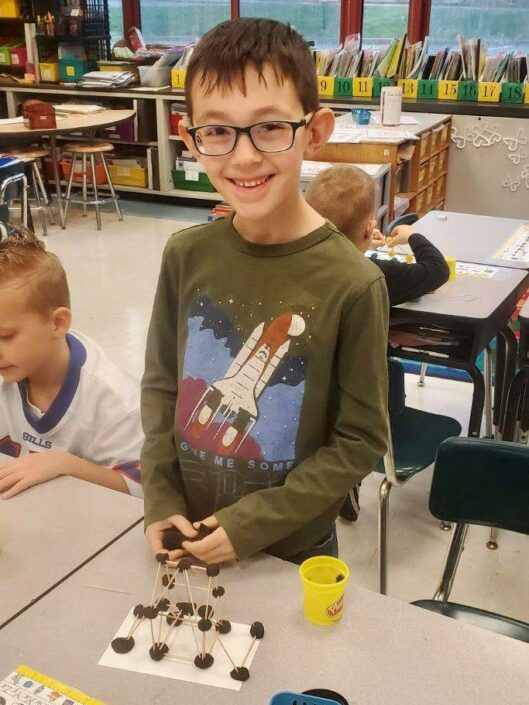 Elwood School District resident with children who will turn 4 years old on or before Dec. 1, 2023, and will be eligible to enter kindergarten in September 2024, may participate in the lottery for the Elwood Universal Pre-Kindergarten program. This full-day program will have limited spots and is free for those who participate.

The deadline for completing the UPK lottery application is  March 31. The lottery will be held on April 17.

Harborfields High School’s DECA Club participated virtually at the annual Regional
DECA Competition in December, competing against more than 1,000 students from all over Suffolk County. In addition to preparing and studying for events, students also had to
navigate testing and presenting virtually.

DECA’s mission is to prepare emerging leaders and entrepreneurs in marketing,
finance, hospitality and management. Most DECA students at Harborfields are enrolled in
business classes such as career awareness, college marketing, college accounting and
entrepreneurship.

“This is an incredible accomplishment and another accolade in what has been a
storied coaching career,” Athletic Director Rob Franco said. “With all of the success he has
had on the field, the impact he has had on the hundreds of student-athletes he has worked
with is what’s most impressive.”