News from the school districts around Huntington.

The school has been competing in the science bowl for the past five years, and this year, won three out of four rounds, according to advisor and John H. Glenn High School science teacher Arnold Kamhi. Topics featured in this year’s competition included chemistry, biology, physics, mathematics, astronomy and general, earth and computer science.

The competition offers students the chance to compete in the U.S. Department of Energy’s National Science bowl – a national competition among teams of high school students in Washington D.C.

Since 1991, Brookhaven National Laboratory has hosted the annual Long Island regional competition, featuring teams comprised of five high school students. The competition consists of a round robin model, including multiple choice and short answer questions, and is followed by a single elimination final round.

“We came so close to the final round,” Mr. Kamhi said. “It was a great performance by all the students that were involved. I am so proud of them.” 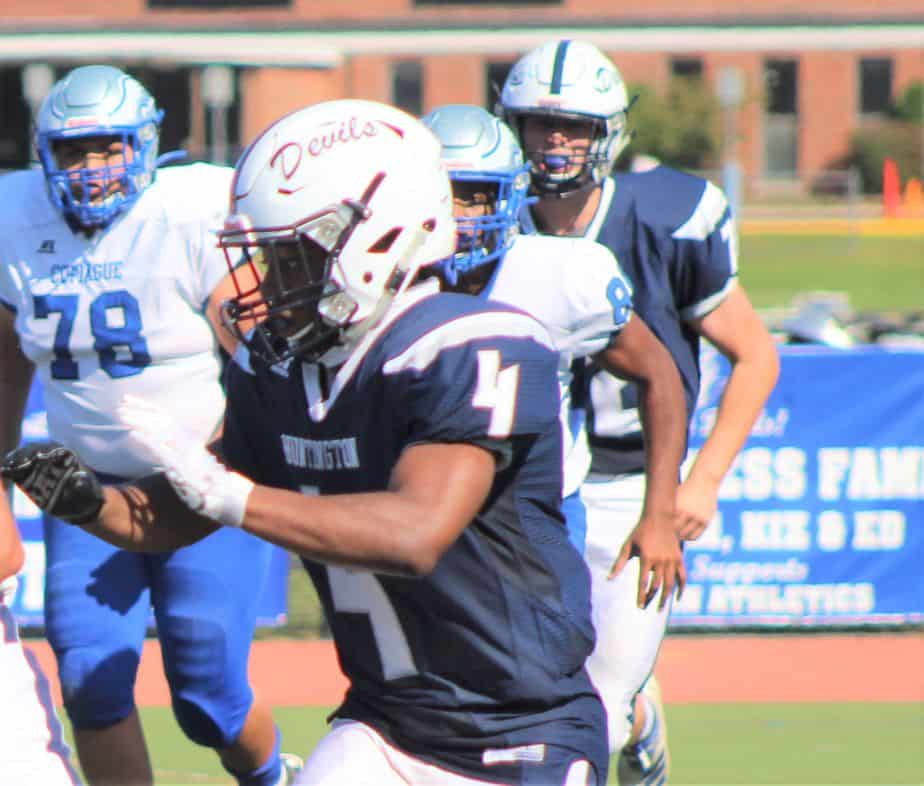 Youngblood rushed 138 times for 1,260 yards for an average of 9.1 yards per carry. He helped lead the Blue Devils to the playoffs, where he scored a pair of touchdowns in a loss at North Babylon.

As part of their earth science unit, the students were split up into six groups to design a prototype that would either clean the ocean’s floor or surface.

Some of the students’ projects included the use of drone technology, like the “D-Tech3” or the “Kermit the Frog,” while others designed a machine, not unlike a submarine, that would scour the ocean floor for plastics and debris. Each of the prototypes included methods that would allow for fish, water and sand to pass through the machine unharmed.

Tickets on Sale for Foundation Gala

The Huntington Foundation’s Reach for the Stars gala is set for Thursday, March 5  at the Mansion at Oyster Bay in Woodbury. Proceeds from the event will fund the organization’s efforts to enhance education, the arts and athletics in the Huntington School District.

Since its inception, the Foundation has funded more than $1.25 million in educational grants in the district.

Seating for the gala is limited. Tickets are priced at $175 per person. Last winter’s event was packed. Tickets and sponsorships can be purchased online through the Huntington Foundation’s website at www.huntingtonfoundation.org.

The Urban Institute reports on demographic changes at schools across the United States. Here’s what it found for John Glenn High School in Elwood. 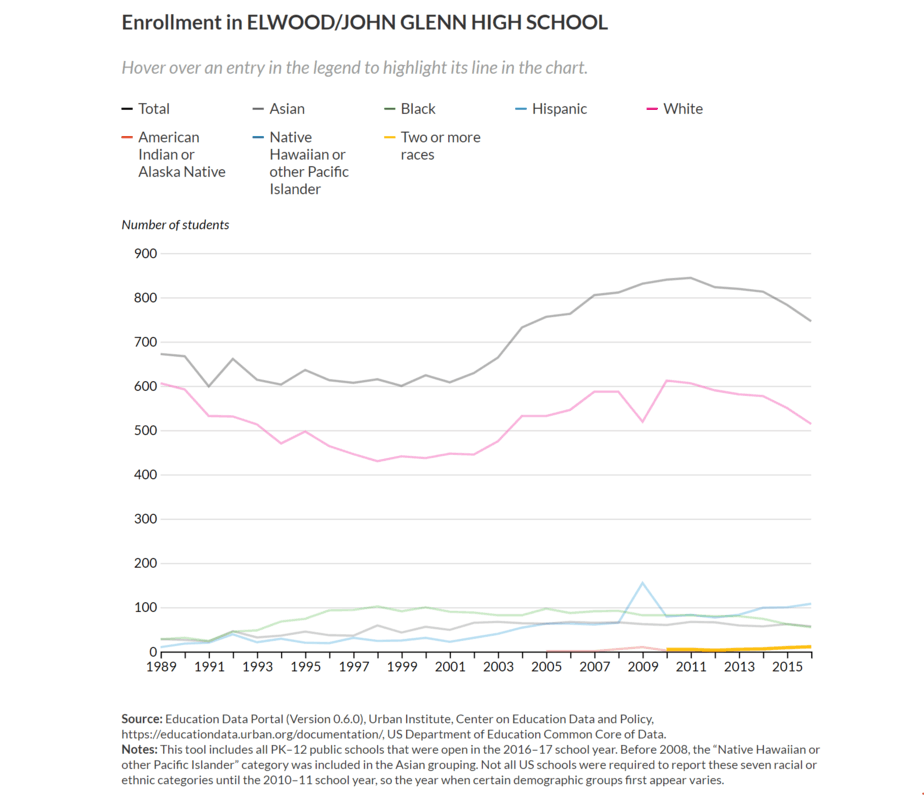 The high schoolers are part of the school’s leadership program, Athletes Helping Athletes, and for the past few years have taken an interest in preparing elementary school students for middle school and beyond. Three times a year, the selected students go from classroom to classroom to teach the younger students about civility, leadership, sportsmanship, bullying and the dangers of drug and alcohol abuse.

Athletes Helping Athletes advisers Robert Franco and Daniel Greening said that each of the high school students are nominated by their respective coaches and are chosen based on leadership goals and their commitment to remain drug and alcohol free.

“They act as leaders and role models to the younger students that are going into the middle school,” Franco said.