Members must have a minimum unweighted academic average of 90 in social studies courses and 85 overall.

Megan Scully and Rebecca Stawecki, along with friends Maeve O’Connor and Jacqueline O’Grady  built the station. Beachgoers can select baskets from the station to recycle items found on the beach.

The Silver Award is the second highest award that Girl Scouts can earn, requiring 50 work hours per girl to complete the project. 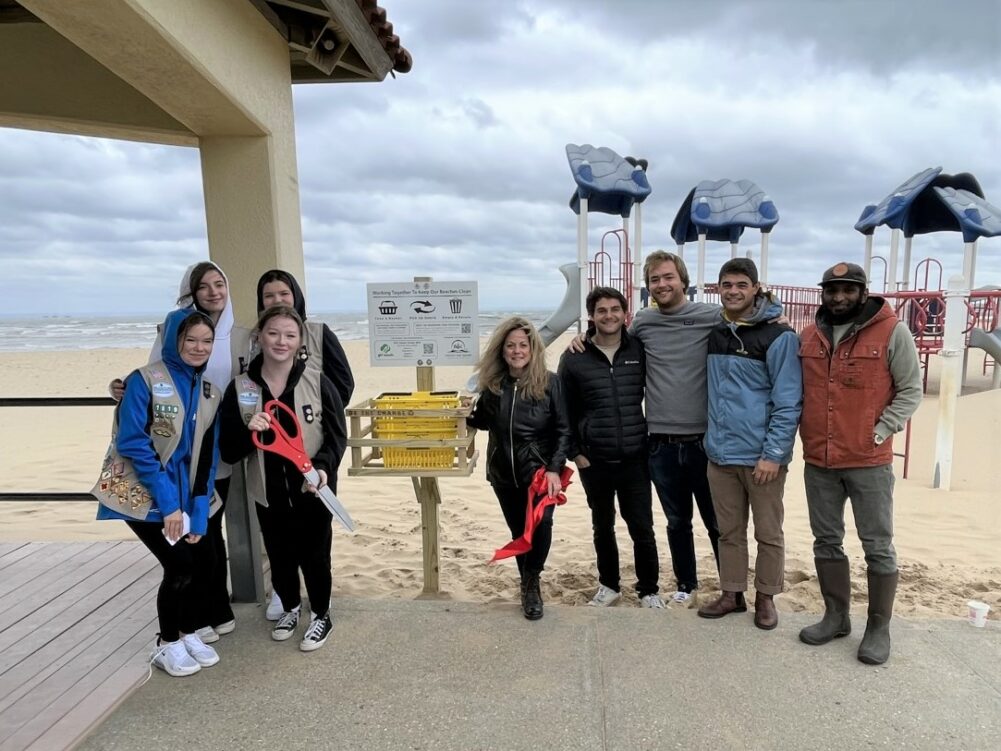 Members of the Walt Whitman High School Girls’ Leaders Organization are placing pink flamingos on residents’ lawns this week to raise funds for Stand Up for Suzanne, a local charity inspired by Suzanne Sokolowski-Shea, who was diagnosed with breast cancer in 2007.

Before she passed away in 2013, Suzanne asked her friends to continue the work to support breast cancer research.

For seven nights, several teams of two girls fan out around South Huntington with flocks of lawn flamingos.

Each team gets a flock of around six to ten flamingos, and they go around and secretly leave a flock on the front lawn of someone who has been anonymously nominated.  There’s also a sign left on the lawn that says “Congratulations, you’ve been flocked!”  That sign directs people to the Stand Up for Suzanne website with directions on what to do next. You can make a donation if you’d like, because there’s no obligation if you’re flocked, but then you can anonymously pick someone to get flocked next!  Later that night, the girls go back out and migrate all the flocks to those nominated lawns. About 100 houses get “flocked” during the week.

Walt Whitman GLO is an academic sports honors society, for junior and senior girls with an academic average of 88 or higher.  GLO’s “flocking” partnership with Stand Up for Suzanne has contributed to the charity raising just over $85,000 since 2015 for Cold Spring Harbor Lab breast cancer research.