Two Huntington schools were being patroled by Suffolk County police officers Monday after videos were posted to Tik-Tok, Newsday reported.

School districts around the country have been warning about a series of Tik-Tok challenges that began with the “devious lick” involving theft of items such as bathroom soap dishes. At the beginning of October, lists of other challenges began circulating, including one called “Slap a Teacher” and a South Carolina district reported the arrest of a middle schooler who allegedly struck a teacher in the back of the head.

The Northport High School baseball field was recently renamed in honor of  coach and educator John “DeMar” DeMartini. The field dedication had dozens of current and former students, their families, and district staff and administration in attendance to celebrate.

DeMartini was praised by colleagues and students. Director of Health, Physical Education and Athletics Mark Dantuono said, “He truly loves what he does. I can’t think of a better person to have this unbelieveable honor bestowed upon.” 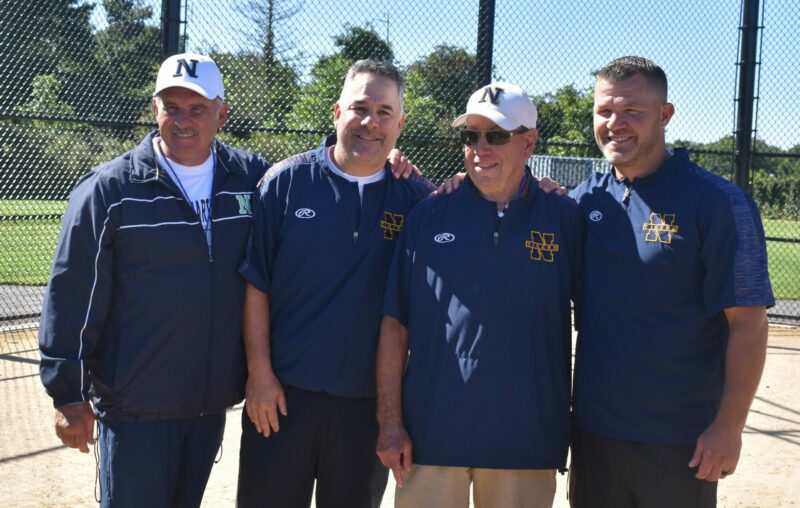