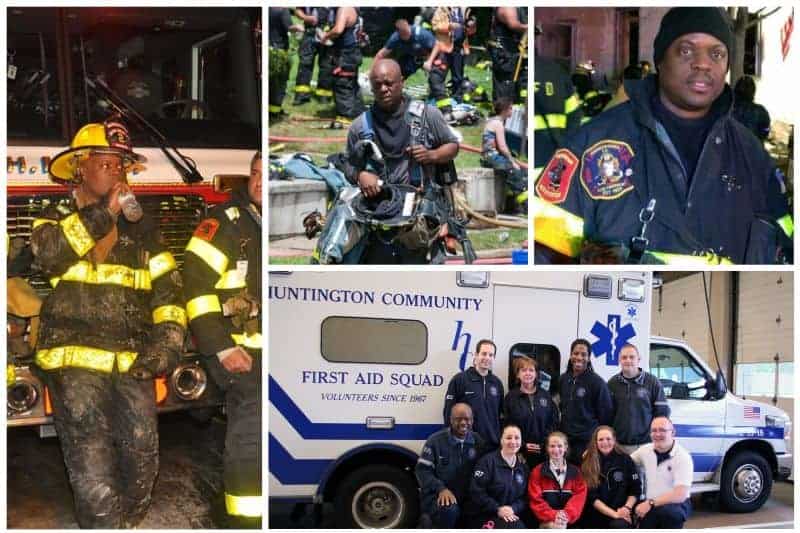 As graphics/multimedia editor for sports at The New York Times, Bedel Saget has not had many athletic competitions to cover over the last year. So the South Huntington resident has pitched in to help cover the two big news stories of the past 12 months: COVID-19 and the protests.

Saget has collaborated with several Times colleagues to put out multimedia pieces that provide COVID-19 education through visual storytelling. In articles such as “This 3-D Simulation Shows Why Social Distancing Is So Important,” “Masks Work. Really. We’ll Show You How” and “Why Opening Windows is a Key to Reopening Schools,” Saget and his colleagues interviewed scientists, engineers and other experts and created informative articles accompanied by virtual simulations demonstrating how droplets from an infected individual travel through the air, get stopped by masks and are impacted by good ventilation.

In “Bird’s Eye View of Protests Across the U.S. and Around the World,” the sheer numbers of people protesting in response to the killing of George Floyd are captured in a collection of photos and videos taken overhead.

Helping out in a different department at the Times is nothing new for Saget. When he first joined the iconic newspaper 31 years ago, he filled in on several desks.

“I worked on a lot of different things – business, metro, national, culture, TV listings – which helped me understand how it all comes together,” he says. “That kind of diverse access to the newsroom helps you do your job better and helps you learn how to collaborate with different teams.”

Saget didn’t set out to go into journalism. He majored in political science at Stony Brook University, with a minor in African studies.

“I thought I would go to law school and get into politics,” he says. But during college, he did an internship at the Times, which changed the trajectory of his career.

“Somewhere along the line, I fell in love with the whole news gathering process,” he says.

For the majority of his time with the paper, Saget has worked in sports.

“My focus is informational analysis and the physics of sports – explaining why phenomenal athletes are far superior to their peers,” he says. For instance, a multimedia piece about U.S. Olympic gold medalist Simone Biles dissects her midair somersaults, showing the heights she reaches.

“When I started out, newspaper graphics was in its infancy,” Saget says. “Most papers treated graphics editors as artists. Someone would go to the graphics editor and say, ‘I have an idea for a story.’ They would have already done all the reporting; the graphics editor would just need to draw a map or a chart. But The New York Times’ approach to graphics was that they wanted journalists first; you can always learn the software or the tools. All of us are journalists first. We all bring that skill set, whether we are 3-D modelers or cartographers or coders. That’s what has allowed me to pivot from sports to COVID to protest coverage, and that’s what gives the Times an advantage: the focus on hiring journalists first.”

Saget says his greatest strengths at work are probably reporting and generating ideas.

Saget is also active in the community. A South Huntington resident for about 20 years, he volunteers with the Huntington Manor Fire Department and Huntington Community First Aid Squad. He and his wife, Faith, have two sons, Bedel, Jr. and Jared, and when they were younger, he coached basketball and helped out with baseball.

Saget is also involved with youth mentoring in the community through Project Excel, which is designed to help Huntington youth develop personal, social and academic competencies.

“Project Excel has a mentoring component,” he says. “When working with the kids, I have found it’s easy to break the ice if I infuse photography into our discussions. I talk to them about how to use a camera and explain the variables involved in getting a properly exposed image. It’s a good ice-breaker. These kids are dealing with a lot of issues. I am fortunate enough to be able to provide for my family, but that doesn’t mean I shouldn’t give back.”

Additionally, Saget sits on the boards of several nonprofits that he is passionate about. He is the immediate past president of the Stony Brook Alumni Association, president of the Malik Foundation and a board member of the Bronx Documentary Center, Doug Pensinger Photography Fund and the Health & Welfare Council of Long Island.

Of all his years covering news, 2020 has been the wildest.

“This year has been filled with anxiety,” he says. “But what we put out this year, especially the immersive stuff, empowered people to understand through science how to go about making safe decisions and to live their lives as normally as possible.”