The plan, which school administrators called transformative, was opposed by many who found the $115 million pricetag too high. District estimates put the annual cost to homeowners at $52 to $360, depending on the year.

Shortly after the district posted the results on Facebook, the debate began again.

“Well, I’m glad my children have already graduated. And I’m sad for those still to come,” wrote another.

And a third wrote, “Remember in May when it comes to re-elect. Maybe elect instead. Who is up in May?”

Several thanked the school board members and administrators for their work on the plan.

Voter turnout was high, given past votes. By comparison, the district school budget, which passed in May, drew 1,529 voters.

Board President Nicholas Ciappetta said, “While we are disappointed with the outcome, we are heartened that over 4,200 members of the South Huntington community expressed their passion and made their voices heard by participating in this process.
“We remain one community, and  regardless of how this vote turned out, we will continue to be a unified family and do what is best for our children and the future of the South Huntington community that we all love so very much.”
The bond would have made changes across the district and in every school building, adding academic programs, turf fields, and boosting arts and music programs, special education services and more. 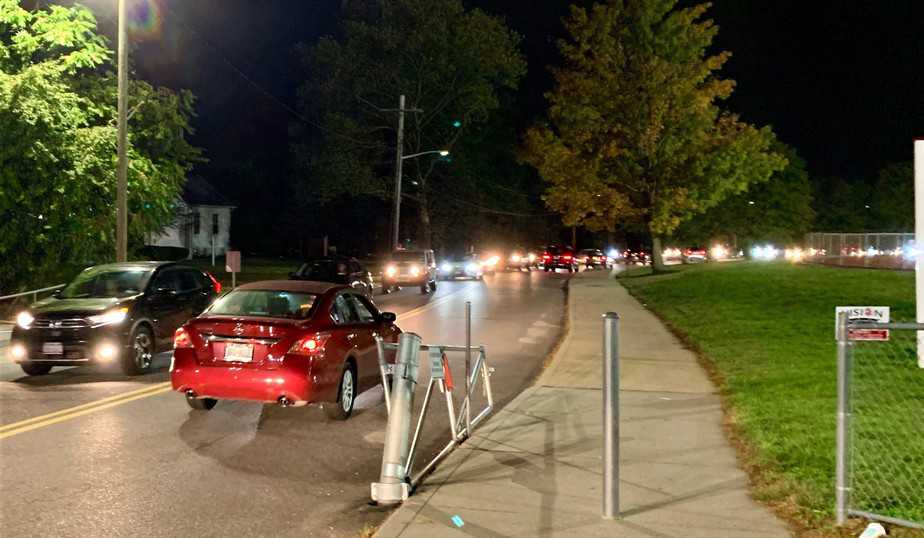 Traffic backed up on West Hills Road and onto Jericho Turnpike as voters turned out for the bond vote.