Huntington officials expect to open a spray park this summer at Manor Field Park.  Work is underway now on the turf fields, to be followed by installation of sanitary system upgrades, which should be finished by late June, the town said.

The installation of the spray park will follow, with the park expected to open this summer, the town said.

The Town Board approved the reallocation of funds Tuesday for geothermal and solar projects at the former New York State Armory, which has been renamed the James D. Conte Community Center, in honor of the late State Assemblyman James D. Conte, a Republican who represented Huntington Station. He died in October 2012.

“We are excited to move forward with a major component of our plan to revitalize Huntington Station and open a recreational facility and meeting space where residents of all ages and backgrounds can come together in a united community spirit,” Supervisor Chad A. Lupinacci said.

The Town Board vote reallocated $195,948 into the geothermal and solar energy fund, and also authorized BBS Architects, Landscape Architects and Engineers PC to proceed with the design of the project for  $106,285. The vote also authorized the appropriated of  $560,336 to implement the project.

The town acquired the former armory from the state in 2013, with plans to create a space for a variety of community-based public programs.

The park and the armory are next door to each other on East Fifth Street, Huntington Station.

The office of State Sen. Jim Gaughran said he had secured Sen Gaughran secured $50,000 for  the Conte building, and $189,000 for construction of the Manor Field spray park. 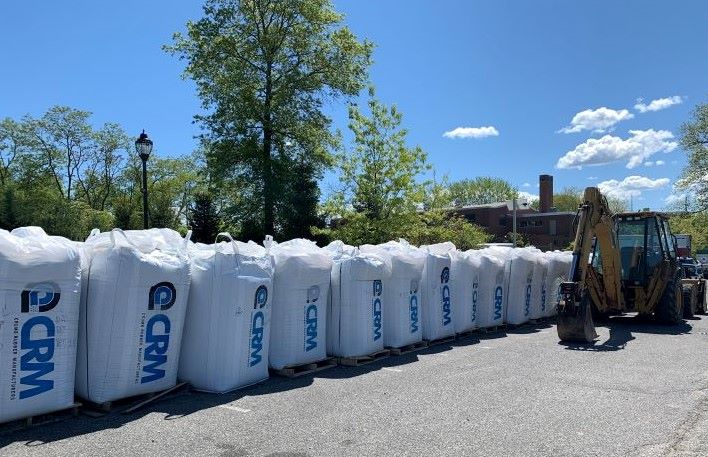