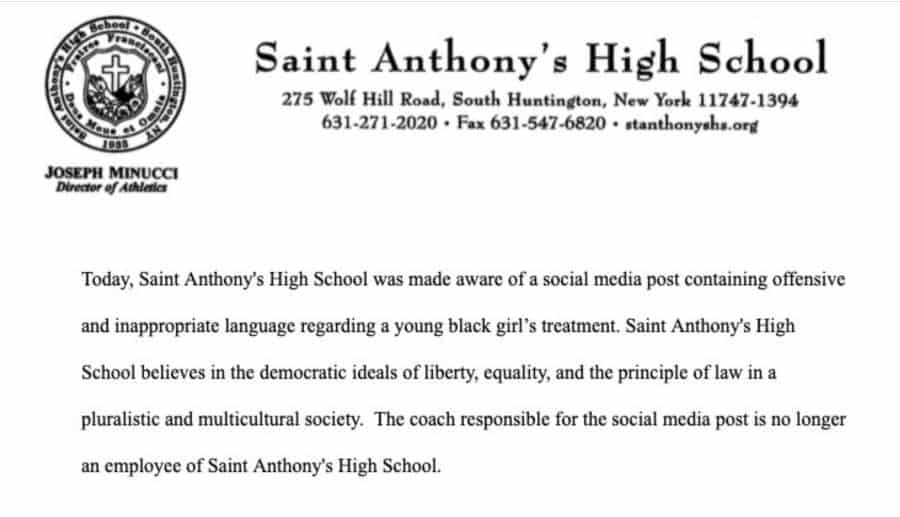 A St. Anthony’s coach was fired after he referred to a 9-year-old girl as a “total animal” in a social media post.

The firing was first reported by Patch.

Tom Ciancuielli, assistant coach of the junior varsity football team,  posted the comment about the Rochester girl, who was pepper-sprayed by police on Friday. The incident was caught on video, and two Rochester officers have been suspended. Police were called to the scene of a family dispute and ended up handcuffing the girl and then pepper spraying her as she cried for her father and resisted sitting in a police car.

“She is a total animal and not following simple orders, totally justifiable,” Ciancuielli wrote, Patch reported.