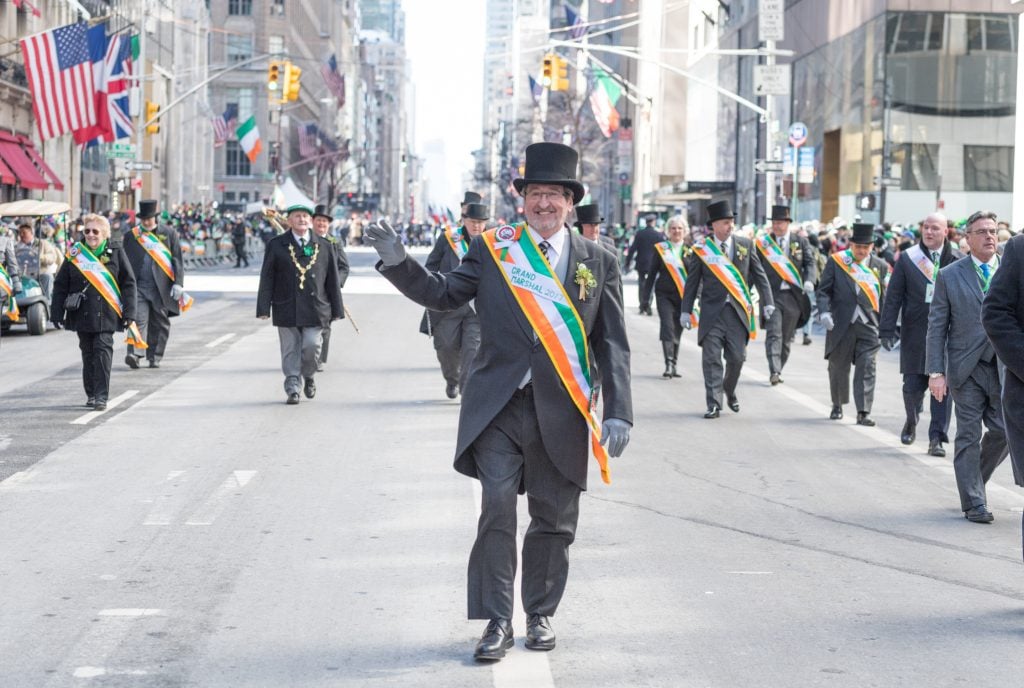 The last time bagpipes were skirling and Irish eyes were smiling on Main Street in Huntington for St. Patrick’s Day was March 8, 2020.

Because of the Covid-19 epidemic, last year’s parade was virtual. But Sunday, the marchers and music will be back for the 88th parade, with six pipe bands, four pipe and drum bands and five marching bands, plus elected officials, school groups, families and more, said John Broderick, president of Ancient Order of Hibernians Division IV.

“The way we look at it, the world literally shut down after the parade in 2020,” Broderick said. “Come this Sunday, we’re going to reopen the world with our parade. We are very excited to get out there and celebrate.”

Michael Dowling, president and CEO of Northwell Health, and an immigrant from Ireland, will serve as grand marshal for the parade, which is dedicated this year to frontline and healthcare workers.

“St. Patrick’s Day is about the resilience and spirit of the Irish people. There is such a close connection between Ireland and the United States and this parade demonstrates the power of immigration. I look forward to marching in the parade and am honored to be named Grand Marshal,” Dowling said.

Starting at 2 p.m., the parade will leave from the LIRR parking lot near Church Street and move up Route 110, turning west on Main Street and ending near St. Patrick’s Church.
2020 Parade
More Photos from 2020 Parade
2021 Virtual Parade