First proposed in 1978, the project calls for  146 affordable housing units on a 14.5-acre parcel of vacant land on the northwest corner of Pulaski Road and Elwood Road. Many residents have fought the  controversial project for years, citing, among other concerns, traffic and the addition of more students in the school district. Opponents fought legal battles all the way to the US Supreme Court,  which ordered the Town of Huntington to allow the project to proceed.

The 146 units would be split between affordable rentals and affordable owner-occupied units in 17 two-story buildings. While some opponents have raised concerns that the project would attract low-income tenants, the project is designed as affordable, for tenants making 60 percent or less of the area median income. The 2019 AMI for the New York City region is $96,100 for a three-person family.

Eight units would be set aside for tenants with developmental disabilities. Habitat for Humanity volunteers and families would build 15 units.

Former Town Council member Tracey A. Edwards said, “I am so thankful that the Suffolk County Legislature on both sides of the aisle saw this for what it truly was and rose above it to do the right thing.”

Housing Help of Greenlawn first promoted the project, seeing a need for more affordable housing in the area.

The Huntington-based Blue Sea plans to build to LEED standards, (Leadership in Energy and Environmental Design), with a state-of-the art sewer system and solar power.

Town Supervisor Chad Lupinacci said, “Matinecock Court project has been the subject of very passionate debate for over 40 years. It has a storied history of litigation, going all the way to the U.S. Supreme Court, which ruled against the Town, requiring a zone change and the Town’s compliance to allow for the project to move forward. In compliance with the court stipulation, the Town rezoned the property in 1989 and after a rigorous SEQRA review, the Planning Board approved the site plan in 2012. At this point, the fate of the project is out of the Town’s hands. Whether you agree or disagree with the practice of using taxpayer funding to construct or support the development of housing, we can all agree that the cost of living on Long Island is too high.

“I am proud to have co-sponsored a measure that the Town Board passed this year, changing the Town Code to allow property owners to offset their cost of living by renting out either the accessory apartment or the main dwelling of their home, a move that also provides for lower-priced rentals without new development adding to the existing burden on our infrastructure. I will continue to work to find ways to reduce the cost of living and improve quality of life for residents across the Town of Huntington.”

The town Building Department said all permits were issued years ago.

In the public session before the vote, Edwards said, “I’m angry that it’s taken so long, I’m disappointed we’re all here going over this. But I’m also overjoyed and prayerful.

“The Supreme Court of the United States has already ruled on this. It’s time to move forward on this. It’s time for you to make a statement today. Don’t take the bait of people who hide behind nasty Facebook posts–‘preserve,’  ‘save,’ ‘giveaway’ and   ‘project’.  It’s time.  Do what is right for our county.”
Mitch Pally, CEO of the Long Island Builders Institute, spoke in favor of the bill, saying the project “has been delayed and delayed and delayed. It has all necessary permits. In view of the Newsday series, the legislators  have the first opportunity to be on the right side of history.
It is not only the steering of individuals that has caused segregation but the steering of multifamily housing. It is now time for the members of the legislature to say ‘no more’.”
Les Bluestone of Blue Sea Development said Matinecock Court would provide stability and  economic opportunity for future generations and help keep people from leaving Long Island. He said the sewer system would reduce nitrogen by up to seven times less than single-family homes.

Legislator William “Doc” Spencer, whose 18th district includes the project area, said before the vote, “This is the right thing to do.”

After the vote, Moya said, “I”m so thankful to everyone, to the founders of Housing Help, to the County Executive (Steve Bellone), to the Suffolk County Legislature. I’m proud to be a Huntingtonian.” 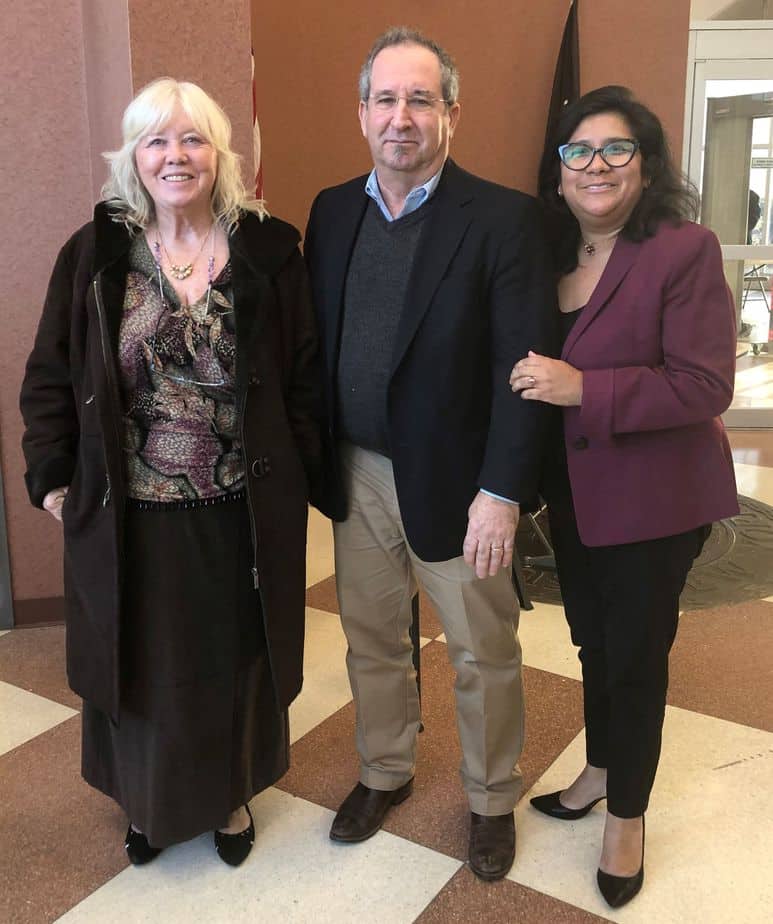 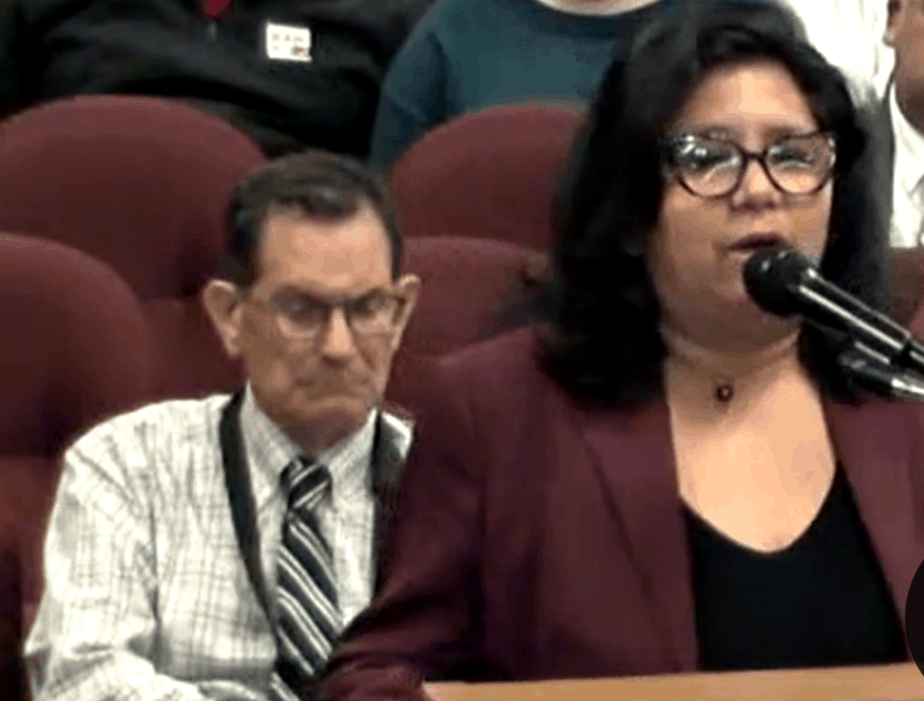 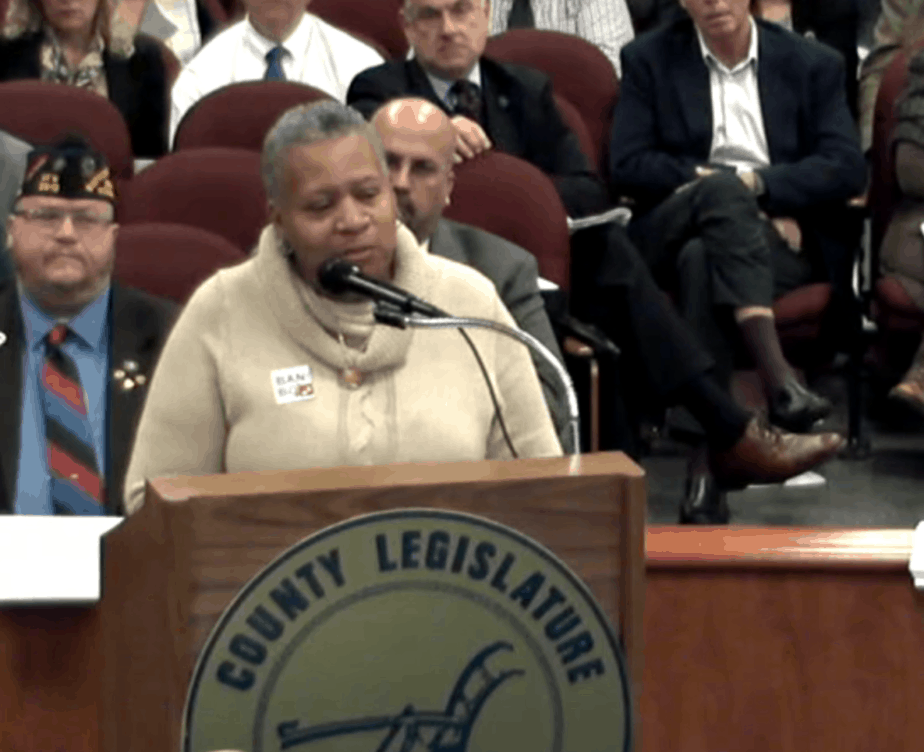 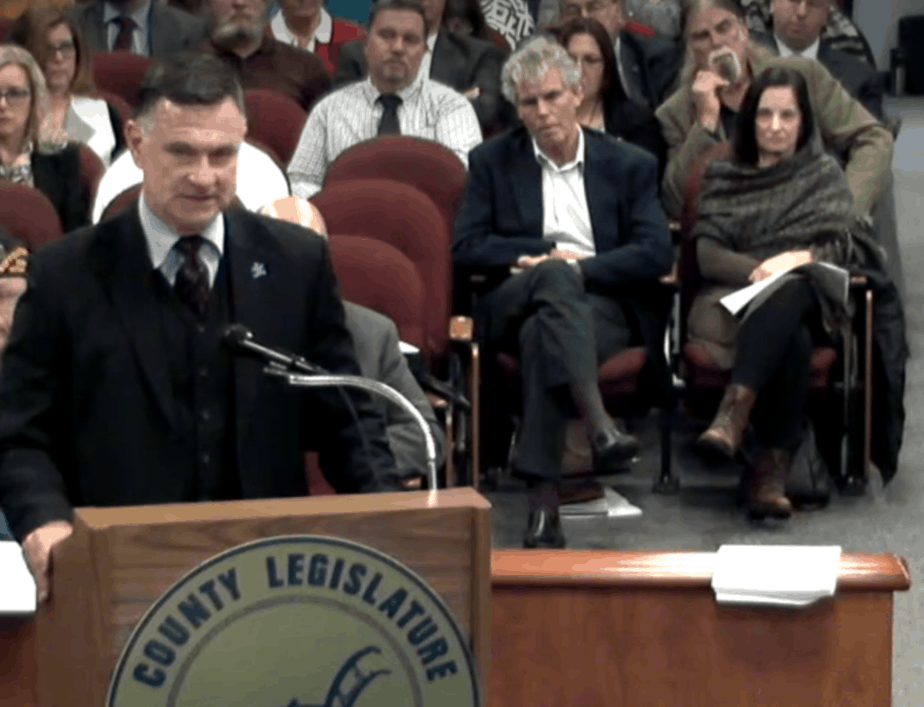 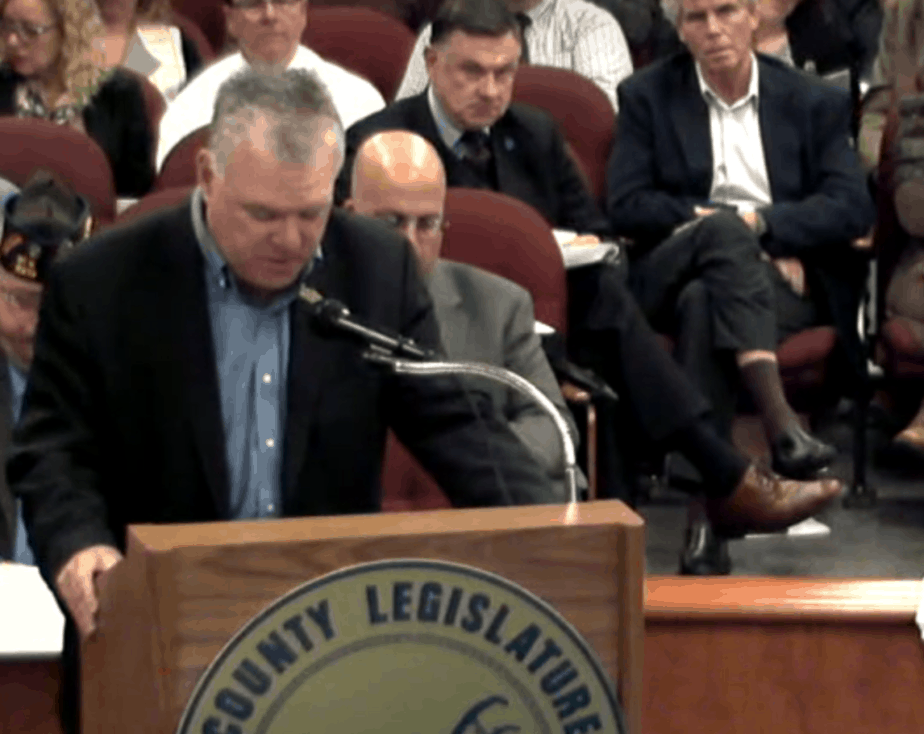 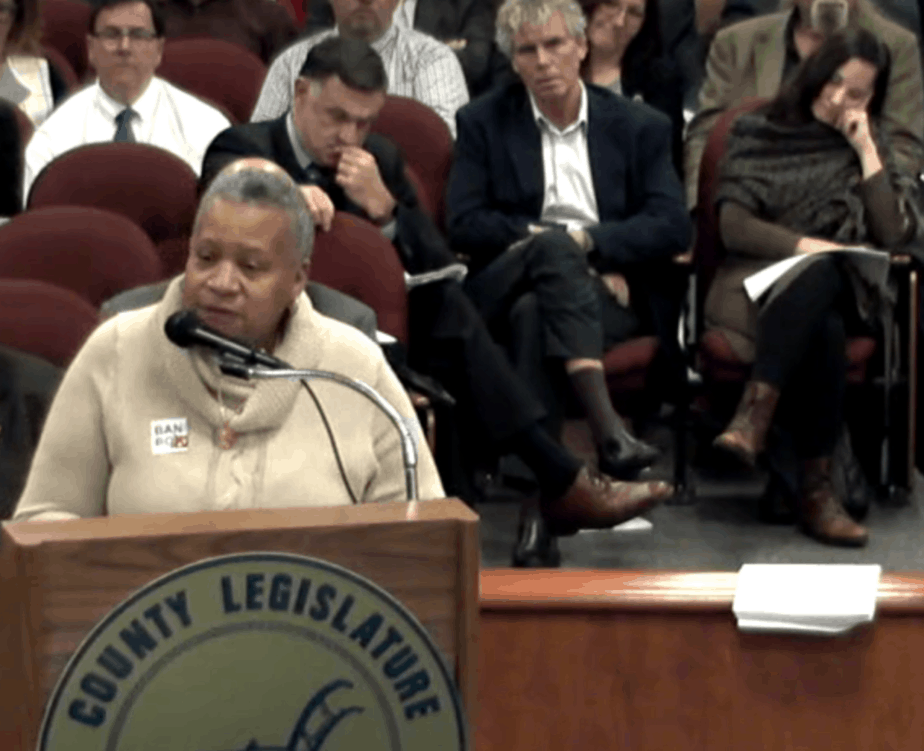