US Rep. Tom Suozzi said Monday that the United States should stop all imports of energy from Russia because of that country’s war against Ukraine.

“We have to stop buying oil from Russia,” the Democratic congressman said. “It doesn’t make any sense that we are supporting this madman to fund the murder of the Ukrainian people.

“We cannot support the Russian economy in any way.”

Suozzi, who is vice chairman of the Problem Solvers caucus in the House, said the Ban Russian Energy Imports Act, which he co-sponsors with Rep. Joshua S. Gottheimer, a New Jersey Democrat, would:

Local organizations continue to donate contributions to help Ukrainians in their fight against Russia.

Last week, Huntington Hospital, working with the Huntington Township Chamber of Commerce and Six Harbors Brewing Company put together 15 boxes of medical supplies to be shipped to Ukraine.

“Since Covid is slowing down, we had some supplies to donate,” said Roy Timm, manager of Community Relations for Huntington Hospital. The supplies included surgical gloves, socks, gauze and other contributions. 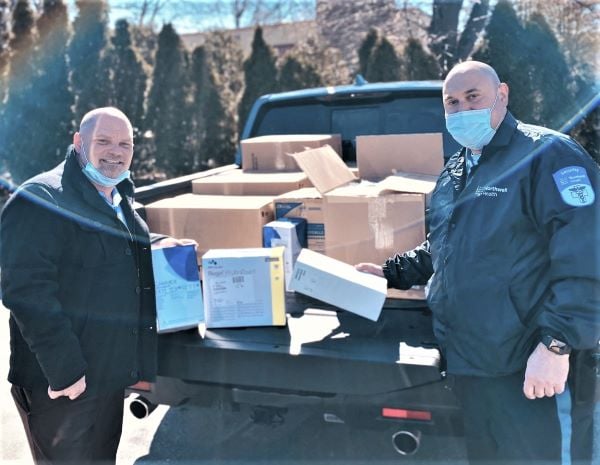 Suffolk County Executive Steve Bellone and Suffolk County Police Commissioner Rodney K. Harrison announced that the county was donating  more than 750 decommissioned bulletproof vests to be sent to Ukraine to aid forces during the war with Russia. 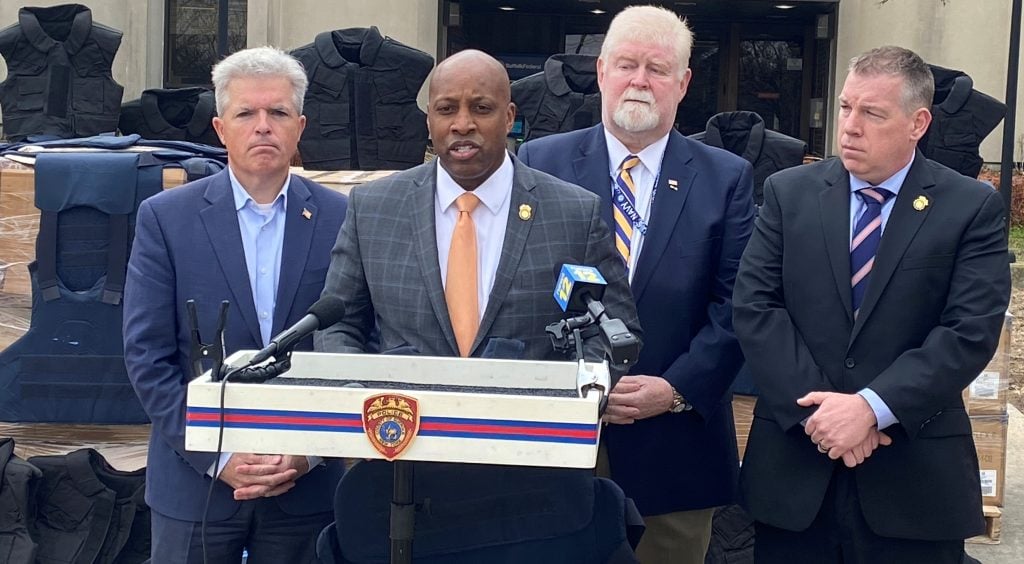