U.S. Rep. Tom Suozzi Monday urged the Senate to approve a bill that would help local entertainment venues and restaurants imperiled by the Covid-19 shutdown.

The Democrats  introduced the HEROES act, which includes a total of $130 billion for restaurants and entertainment sites.  Suozzi said, “The reopening and recovery of businesses has been uneven. Independently owned live entertainment venues, as well as musicians, actors, comedians, promoters, stagehands, and the local restaurants that count on the business that these venues bring in, have been financially devastated by the pandemic.  We can’t let the music die.”

Paramount co-owner Brian Doyle said the venue, which closed March 11, would not survive if it didn’t receive financial assistance. “It’s going to be a long time before we get 400 people elbow to elbow” in a venue.  It opened in 2011.

Doyle and Kevin O’Neill, owner of the Engemann theater in Northport, said the shutdown had affected thousands of residents working for the venues as musicians, comics, actors or as vendors or other positions.

The bill passed by the Democrat-controlled House includes a $120 billion grant program for restaurants and $10 billion to help live entertainment venues, Suozzi said. He called the industries “an important part of our lives that’s threatened right now.”

Before the press conference got underway at the Paramount, a video featuring a range of artists, including Wyclef Jean, Ray Romano, Sara Evans and Alice Cooper, urged people to push for aid to reopen venues.

The Heroes Act 2.0  passed the U.S. House of Representatives last week.  In addition to providing much-needed relief to struggling industry and business, Heroes Act 2.0 would also:

Entertainers throughout the country have come together at SaveOurStages.com  to urge politicians to take action to rescue their industry. 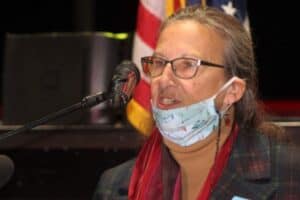 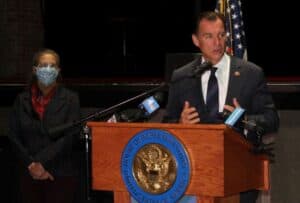 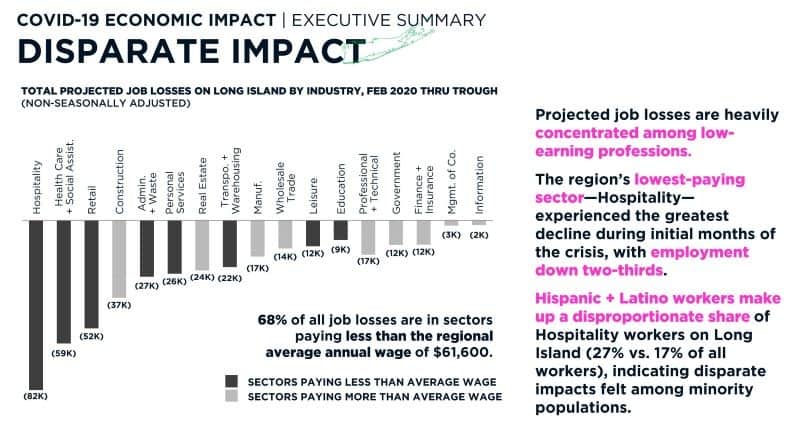