More than 6,000 people called in for the telephone town hall.

Suozzi also talked about the SALT cap–the limit on the amount of state and local taxs people can claim on their federal taxes–which he and Sen. Charles Schumer have been pushing to eliminate. “My big focus is how do we get money back to New York,” Suozzi said. The SALT deduction is a big part of that,” noting that New York contributes far more in federal taxes than it receives back. The cap has meant that many New Yorkers, paying high property taxes, can’t claim all of those taxes as federal tax deductions.

Mike Newton of East Northport, who operates Newton Shows, called in to ask about assistance recovering his kind of business, which was shut down throughout the season last year by the epidemic. Suozzi said his office would assist Newton through the federal aid process. “We have to help the people whose businesses are getting decimated,” Suozzi said. “It shouldn’t be that their life is ruined. A lot of people in trouble right now.”

Childcare: A caller asked about aid to get childcare services back into operation and Suozzi said childcare was essential to getting people back to work. “We can’t get the economy going if we can’t get childcare,” he said, adding that there are funds in the federal stimulus plan to provide for childcare workers.

China: Suozzi said the United States and its allies need to deal with China, saying that the country is abusing its Muslim population by using them to produce cheap goods in forced labor camps and undercutting American business 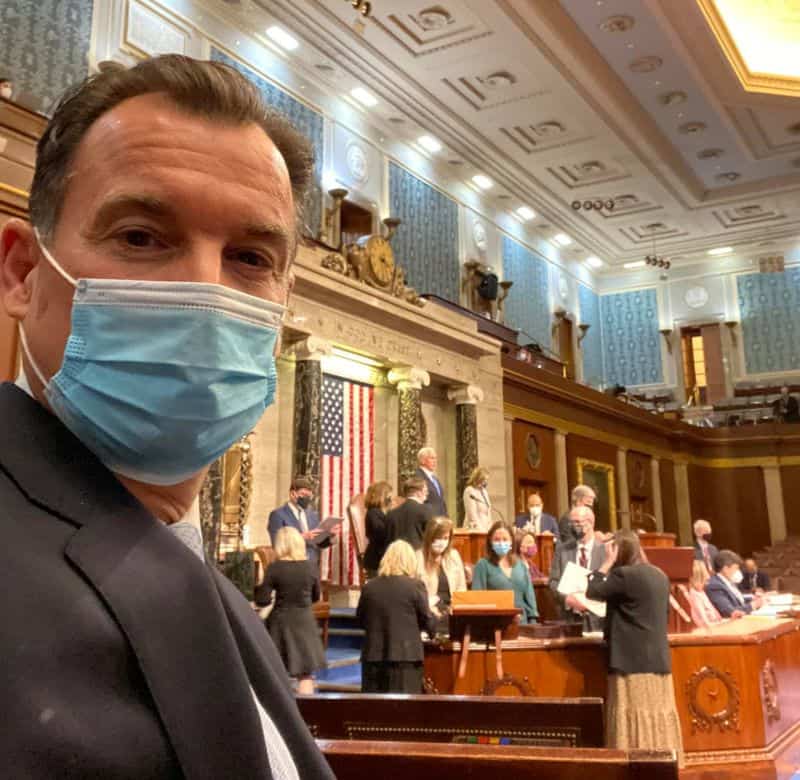 Suozzi on House floor after the Jan. 6 insurrection