US Rep Tom Suozzi, D-Huntington, has held  seven regional tele-town halls; he said that since announcing his candidacy against Gov. Kathy Hochul on Nov. 29, 45,098 likely Democratic voters have participated in them.

“Speaking directly to voters and listening to their concerns is the most effective way to let New Yorkers know what I am about and what I want to do as their next governor,” said Suozzi. “I am grateful that so many people from every corner of our great state joined my calls, asked questions, let me know what they think about the issues facing our state, and responded in such a positive way to our campaign.”

Josh Lafazan, a Democratic candidate for Congress, Thursday endorsed  plans to offer free tuition to all who wish to attend similar institutions.

The three-term Nassau County legislator said he will make the proposal a top priority when he gets to Congress next year.

“As someone who benefited from community college right here in New York, this is something near and dear to my heart,” Lafazan said. “After high school, I attended Nassau Community College for a short time, before moving on to other institutions of higher education and I cannot thank the professors and the administration enough for doing all they could do to give me the foundation to continue my education at Harvard, Cornell, and now the University of Pennsylvania where I am pursuing my doctorate. But I know that it all started at a community college – as it could for so many of our young people across Long Island, New York City, and Westchester County. The dream of a college education is out of reach for many and they need Washington’s help to achieve it.”

He is one of several candidates running to succeed US Rep. Tom Suozzi, who is running for governor, in the newly redrawn Third Congressional District. 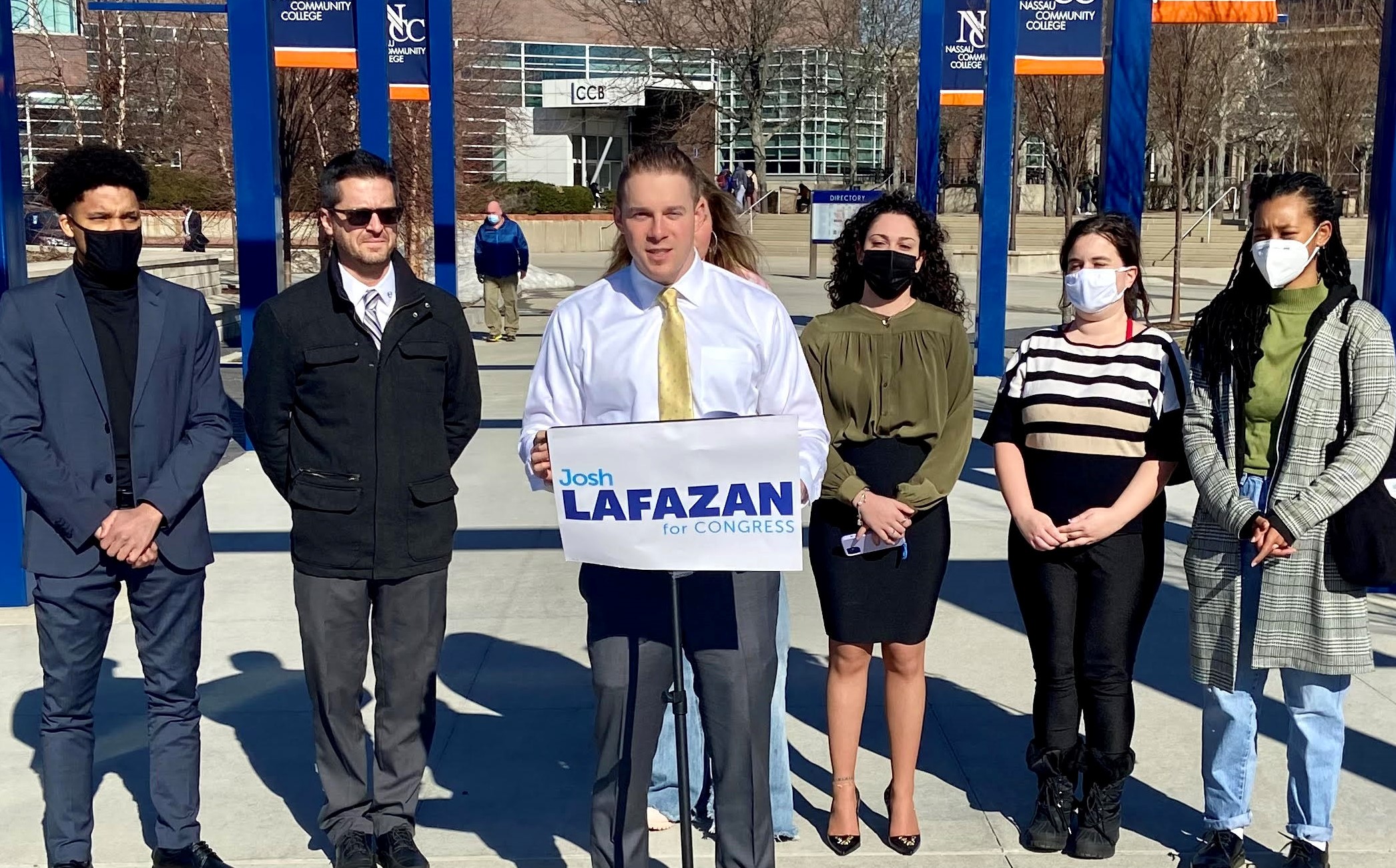