“This will save lives,” Tierney said. Police officers “will be there in minutes, allowing them to render aid and start their investigation sooner.”

Tierney said that his office reviewed gun violence statistics throughout the county between 2019 and 2022, and identified Huntington Station as one of nine “hotspots” in Suffolk County, where more than 50 percent of of all shootings occurred in 22 square miles.

The technology, which is designed to help police quickly locate the source of gunfire, was in place in Huntington Station from 2011 to 2018. It was discontinued over complaints that it wasn’t effective.

But Tierney said the technology has been improved and would be an effective tool in reducing the level of gun violence. He declined to say precisely where ShotSpotter would be placed in Huntington Station.

“Gun violence anywhere is unacceptable,” Tierney said. “We believe this money and this technology will save lives.

“This important law enforcement tool will prevent people from pulling the trigger because they know that in mere minutes there will be a response from police to invetigate where that gunshot came from,” Tierney said.

“Gun violence continues to rob us of too many lives throughout New York State,” Stern said. “For far too long, we have faced tragedy after tragedy in schools, houses of worship, where we work and place of recreation. We are all entitlted to be safe in our daily lives.” 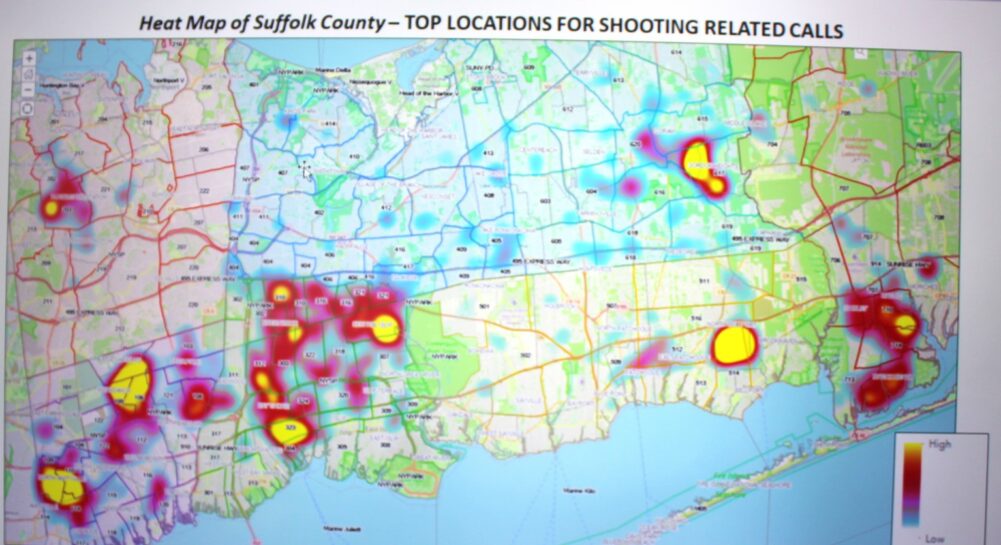