A fracas broke out between Trump fans and a small number of supporters of former Vice President Joe Biden as they stood  near each other at the corner of Main Street and New York Avenue. A male Trump supporter claimed that a woman backing Biden struck him in the face. Suffolk County police quickly intervened and separated the two sides.

The caravan of vehicles started in East Northport, went through Northport, into downtown Huntington and then down Route 110. Biden supporters gathered in Northport and Huntington but were vastly outnumbered by Trump backers by the caravan and those gathered on sidewalks.

Backers of both candidates complained in person and on social media about the behavior of people on the other side. A Trump supporter accused Biden of being a molester. People supporting Biden made rude gestures at passing Trump supporters, and counter-protesters in Northport said Trump supporters gave a Nazi salute. On  Facebook, each side accused the other of shouting crude slogans.

A common theme amongst the Trump crowd was Blue Lives Matter, a response to the Black Lives Matter movement that marched through Huntington and the rest of the country after the death of George Floyd after his arrest in Minneapolis earlier this year. 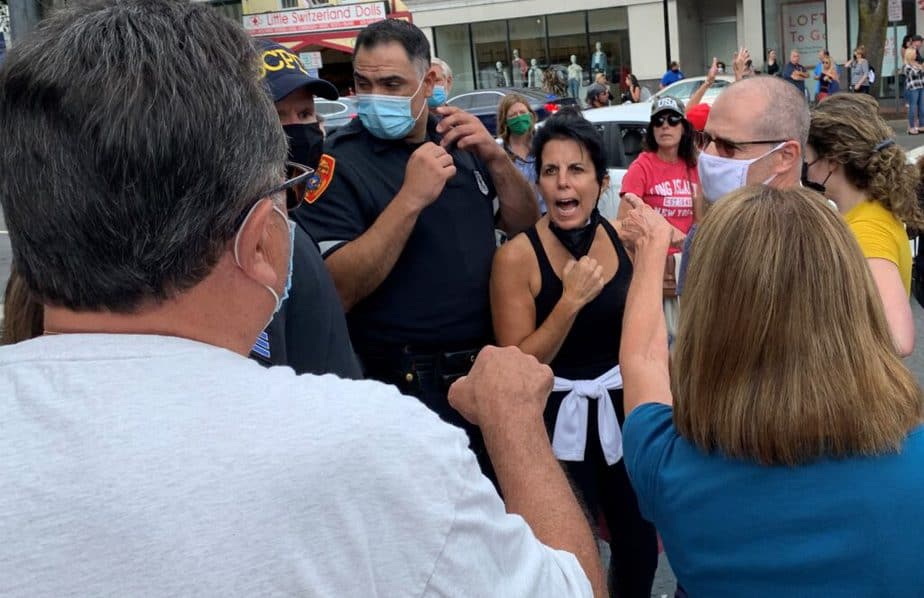 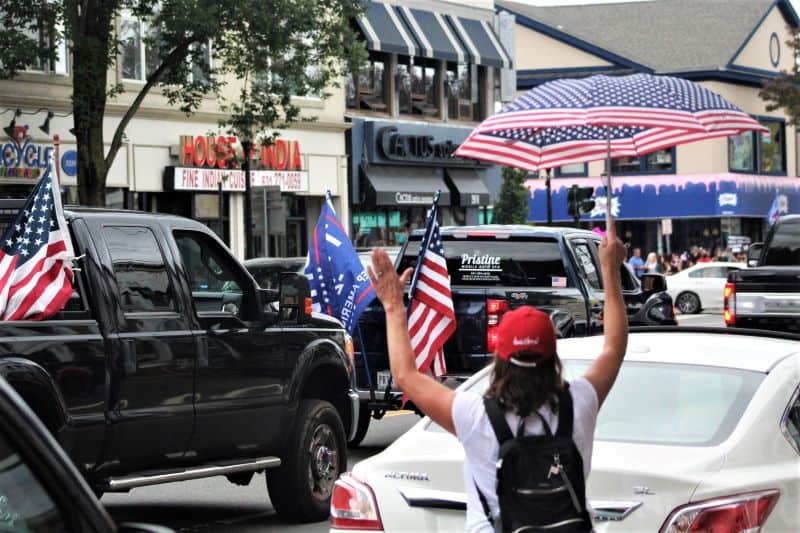 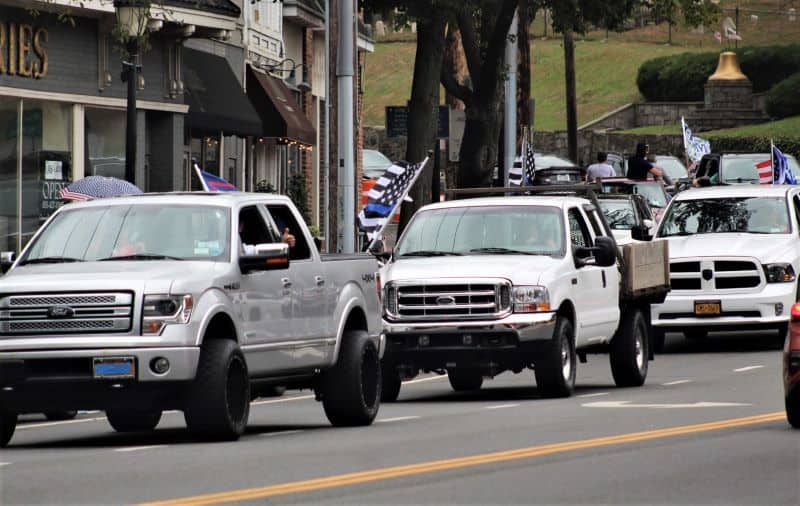 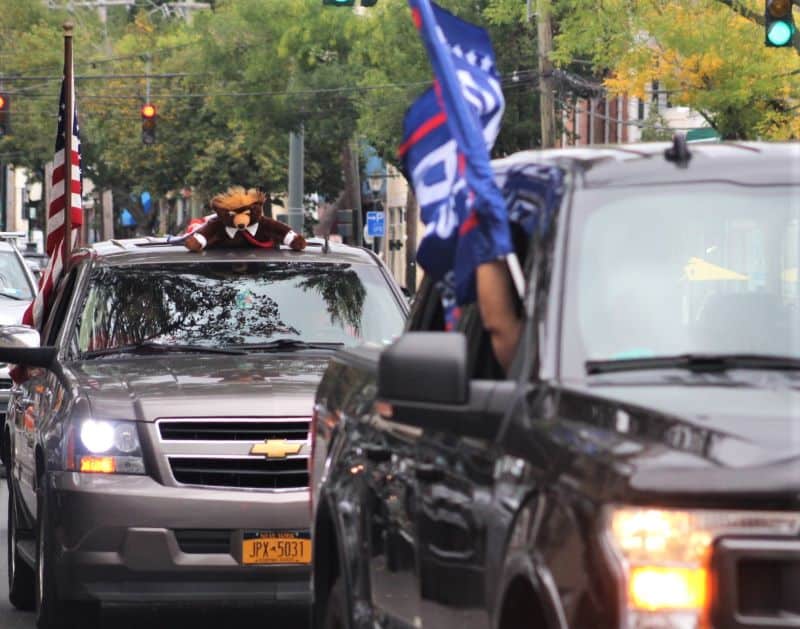 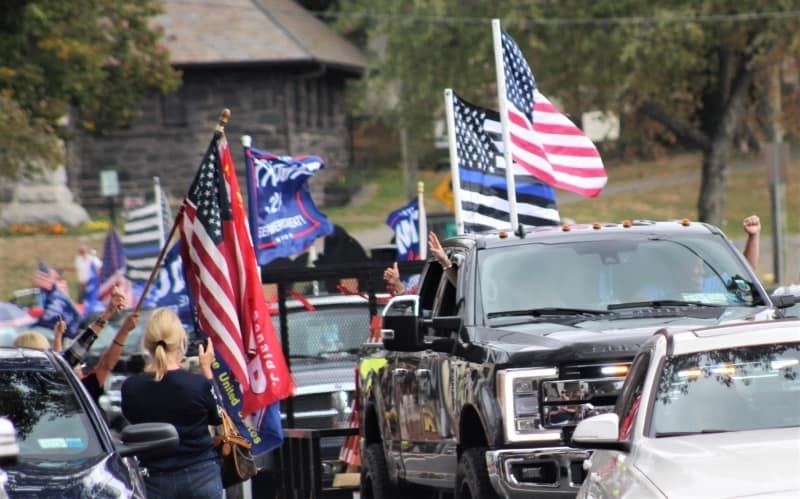 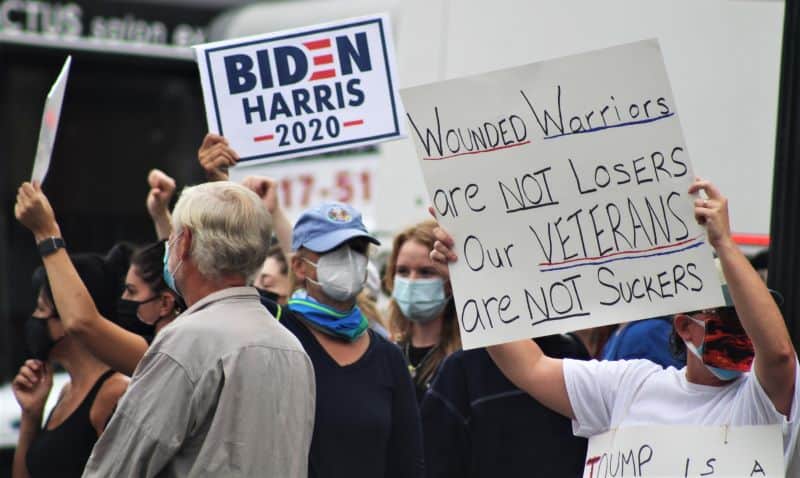 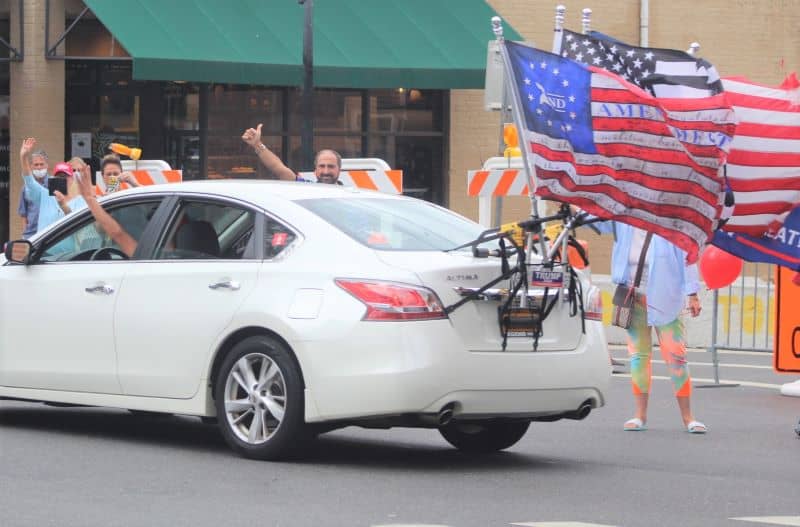 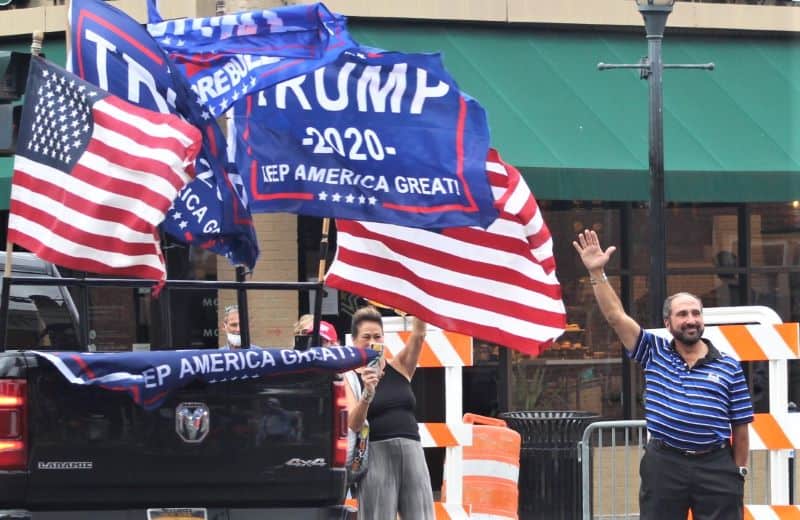 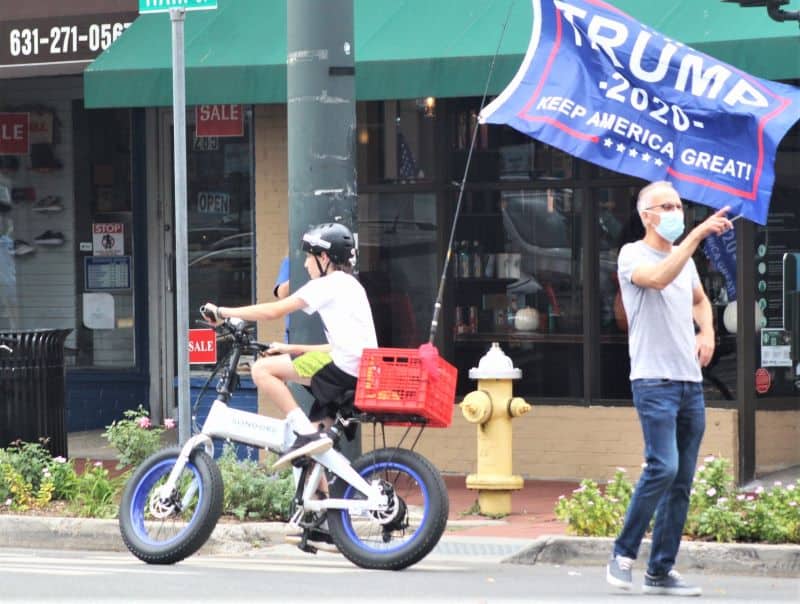 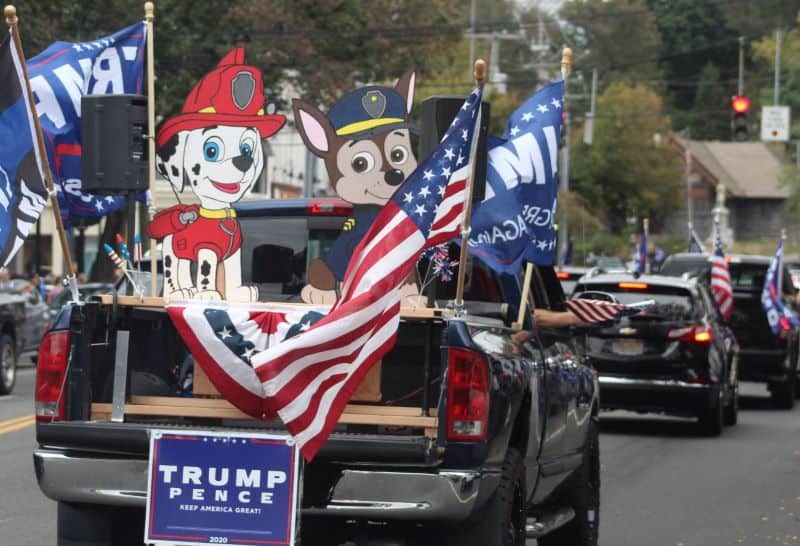 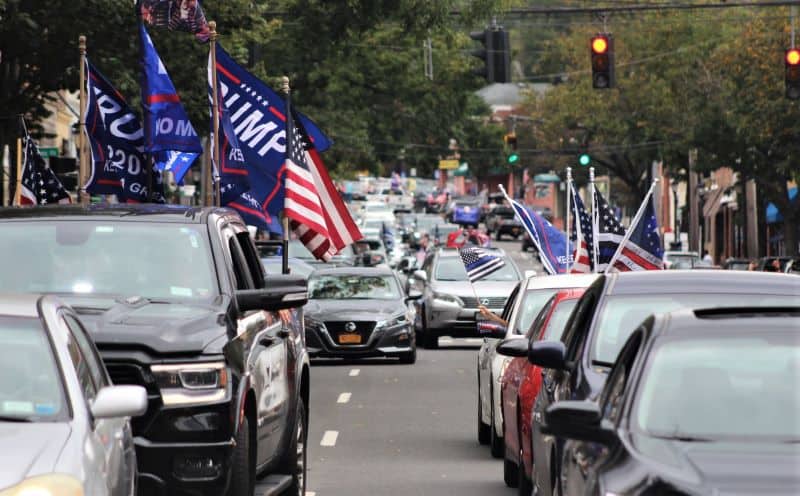 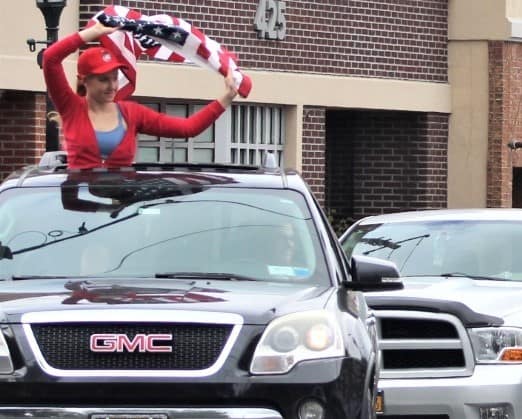 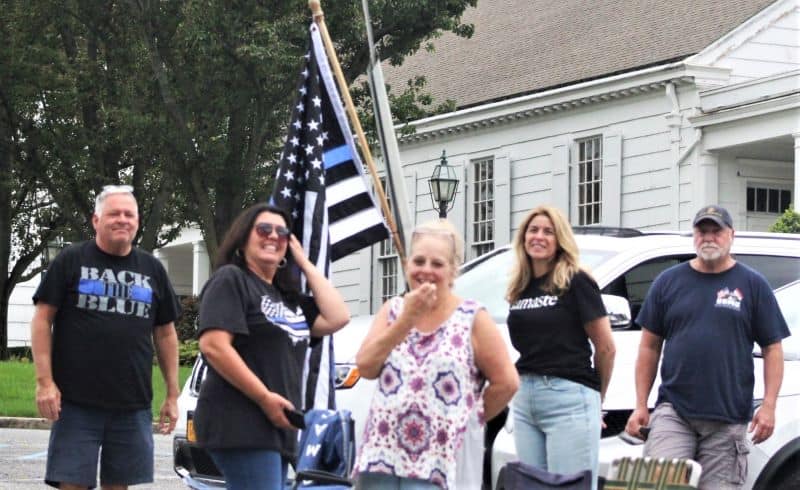 One Reply to “Trump Caravan Steams Through Northport, Huntington”