Thousands of enthusiastic supporters of President Donald Trump rallied Sunday in East Northport, forming a long caravan of vehicles that was headed out to the East End. Updated to include a report from the Riverhead end of the caravan.

With music from Bruce Springsteen’s Born in the USA to Lee Greenwood’s Proud to Be An American  and the National Anthem blaring from their vehicles bedecked with signs and flags, and cheered on by others, the caravan took nearly 45 minutes to clear the parking lot at Huntington Square shopping center for their trip to Riverhead.

An earlier caravan two weeks ago went from Copiague to Patchogue and Shirley.

Participants said they’d come out to support Trump’s re-election to a second term, saying they felt he’d done a good job. “We’re here to show our support for our president and show him we’re here for him.,” one woman said.

“We’ve got to get him back in for four more years,” a man said. Others said they formed a silent majority in their support for Trump.

Vehicles bore signs supporting a variety of issues, including Trump’s re-election, some QAnon slogans, suspicion that Microsoft co-founder Bill Gates was benefiting from vaccine trials to flags supporting police or gun rights. Several vehicles had blue tape across one or more letters of their license plates, and some vehicles flashed emergency lights from the grates of their vehicles or sounded emergency signals. One vehicle bore a logo identifying it as Florida Highway Patrol but had New York license plates.

Meet the man behind the caravans 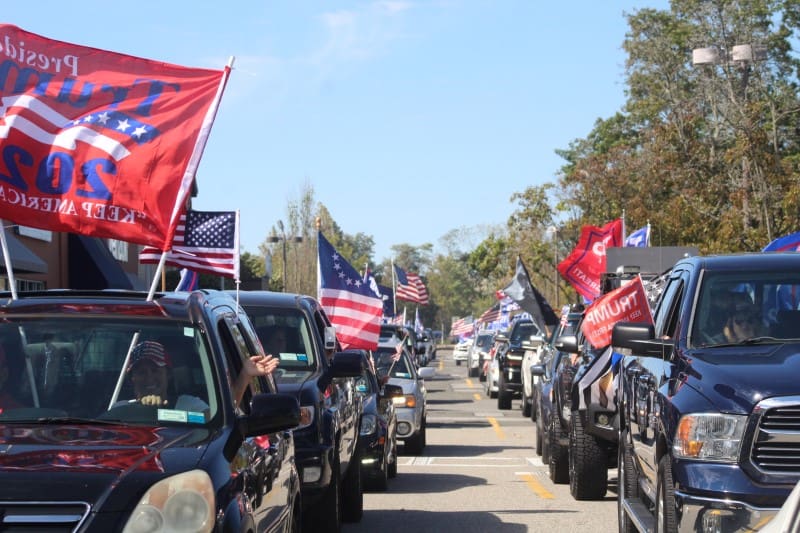 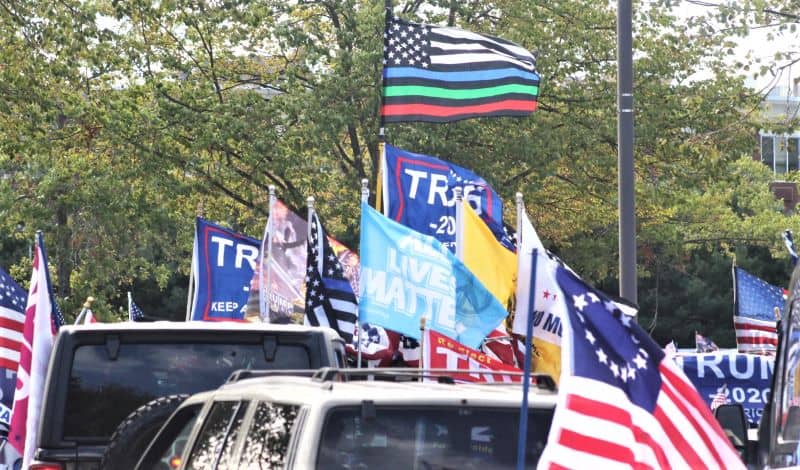 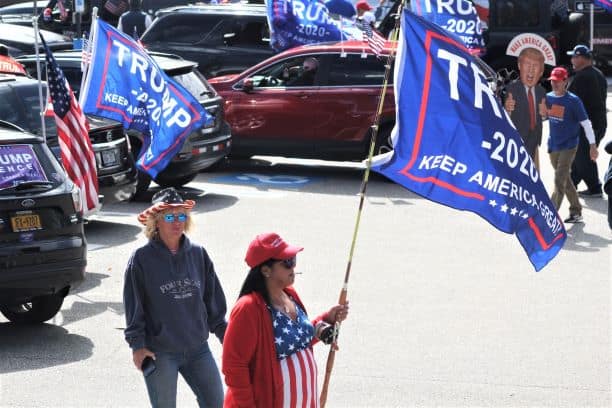 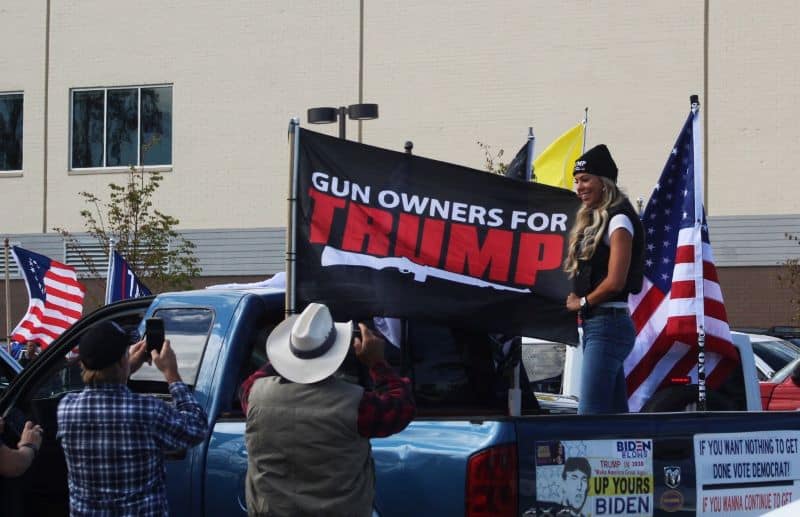 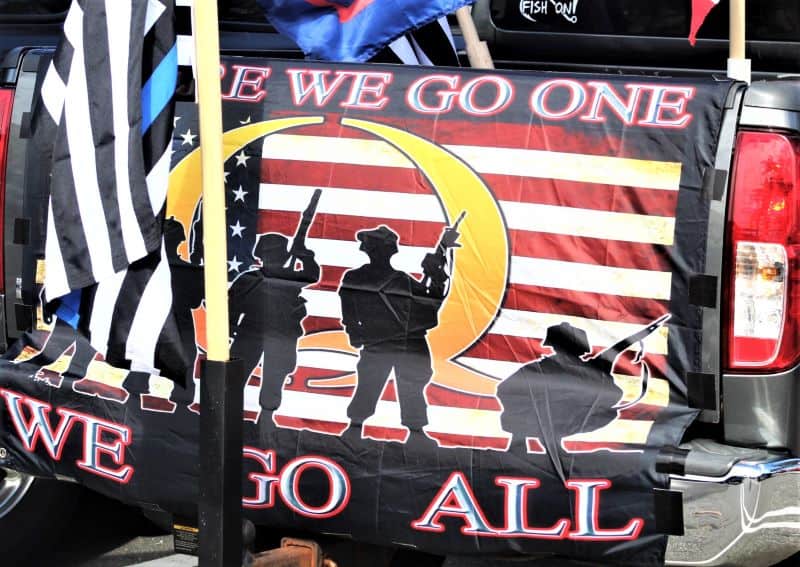 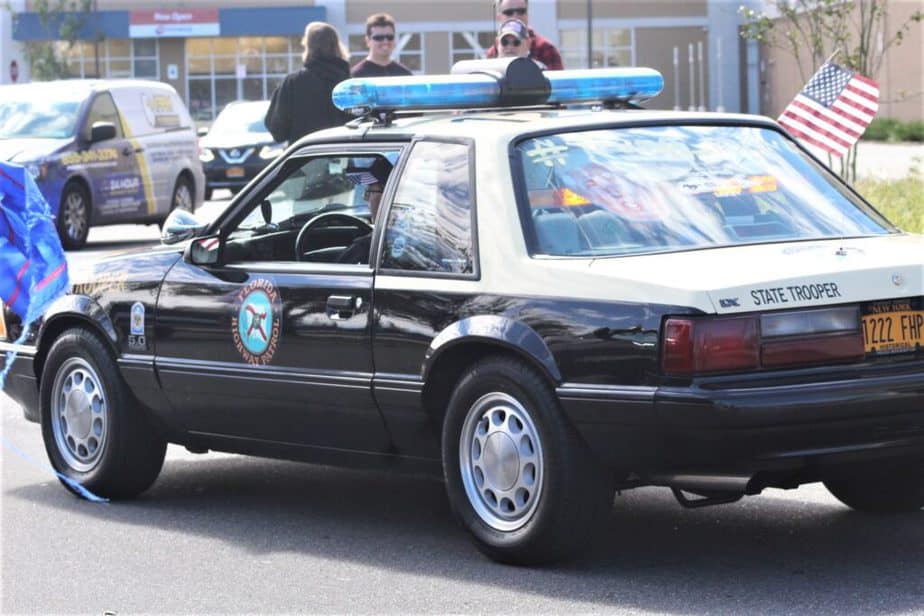 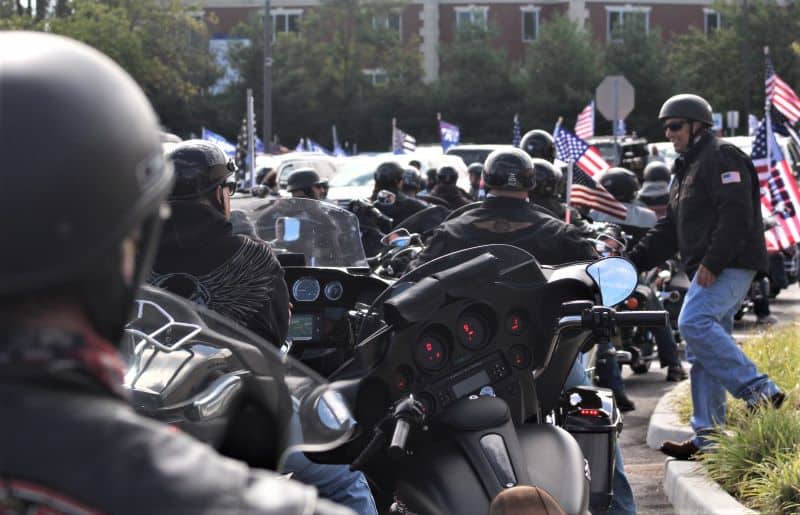 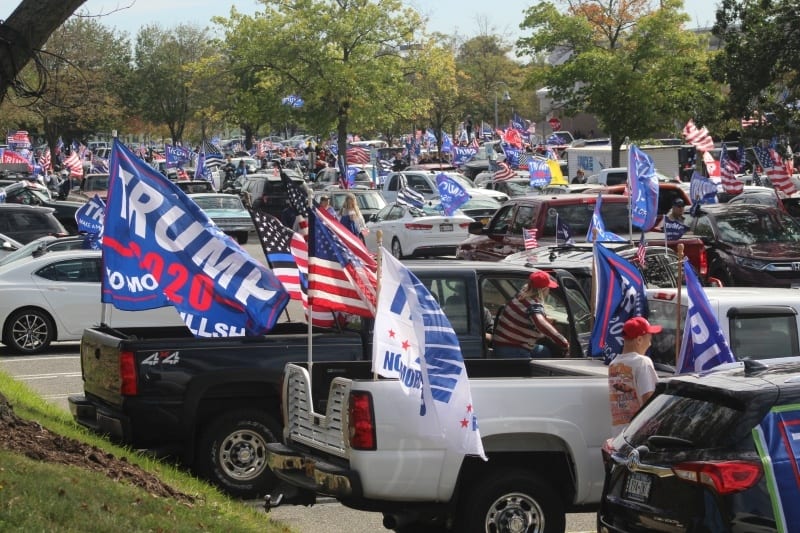 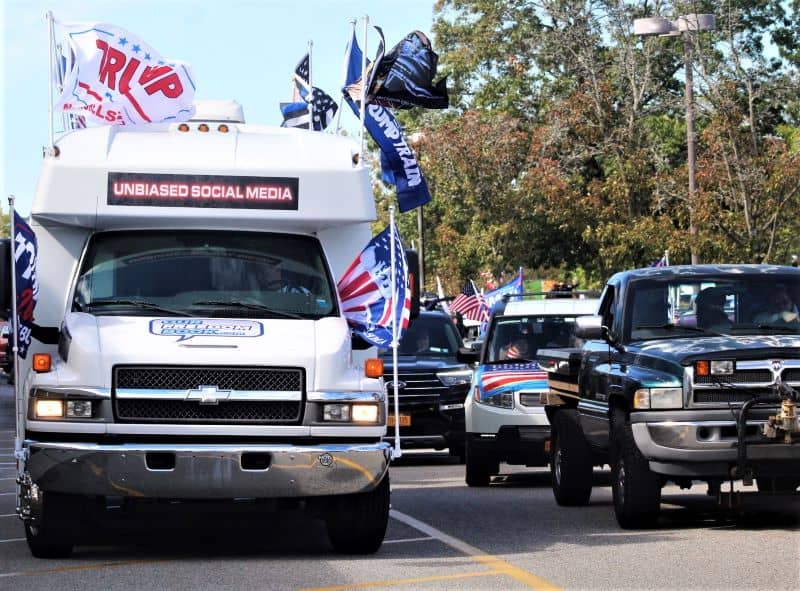 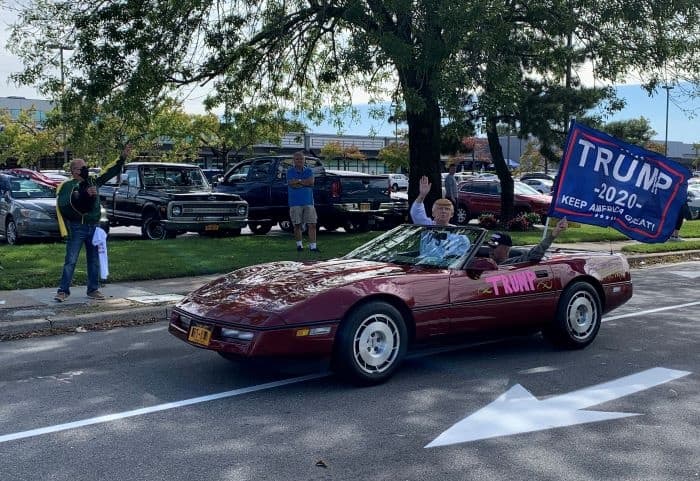 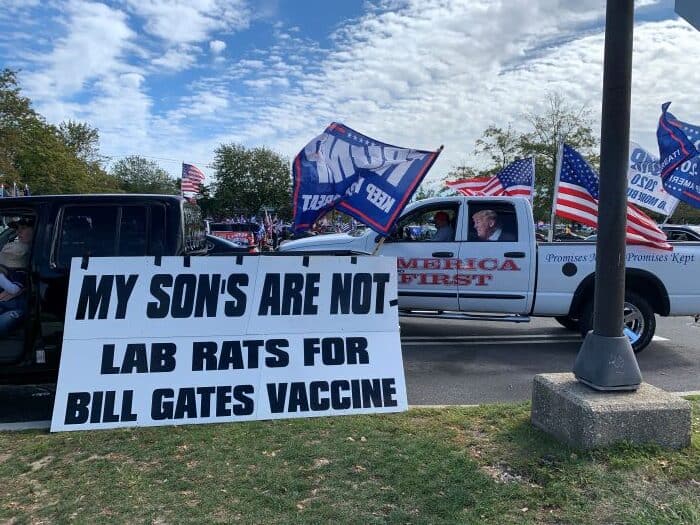 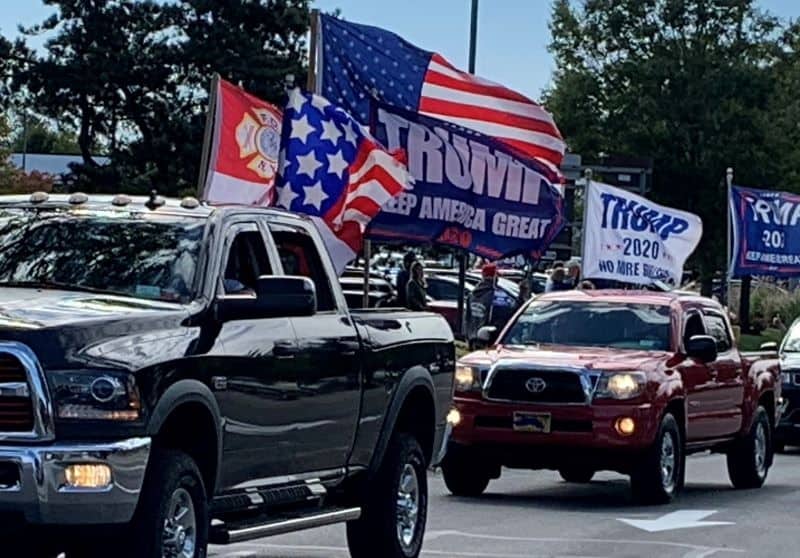 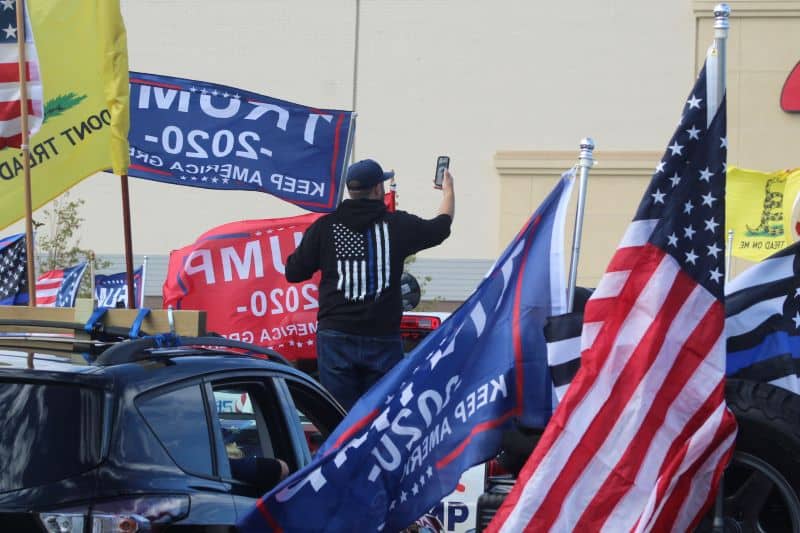 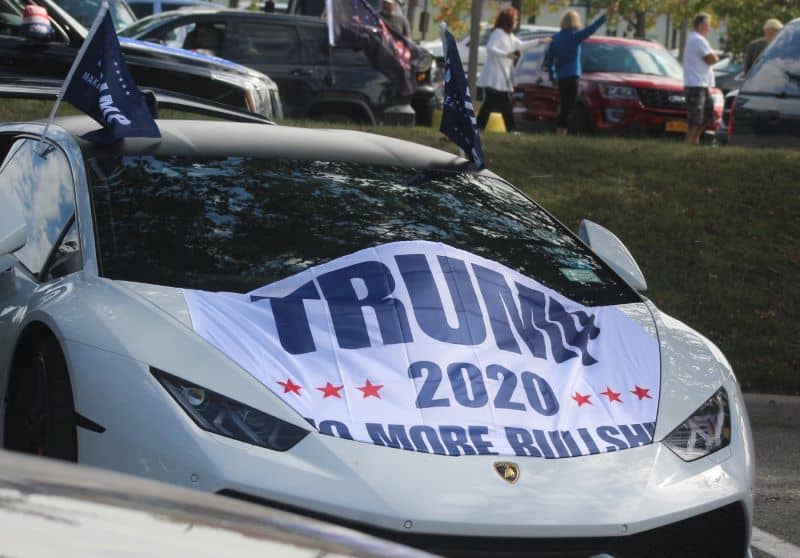