The Alternative On-Site Wastewater Treatment Systems replace cesspools at the guardhouse and planetarium at the museum, which draws more than 115,000 visitors a year. They are expected to reduce nitrogen discharge at the site by approximately 164 pounds annually.

Legislator William Spencer said, “The installation of these new innovative systems allow us to address the major contributor to water quality issues- nitrogen discharge, emanating from 360,000+ antiquated cesspools in Suffolk County. I am so pleased to see this technology brought to our county parks, specifically the Vanderbilt Museum, which sits directly beside a water body that we have worked so hard to restore.”

County Executive Steve Bellone, whose administration has made water quality a major policy initiative, said, “We have a 6.1 billion dollar tourism economy that is underpinned by water. With strong support from academia, business leaders and the environmental community, our region is no longer kicking the can down the road but is taking aggressive action to reverse the water quality crisis to better protect our waterways for future generations.  The science is clear and the solution has been established; we need to replace outdated technologies that do not reduce nitrogen pollution with new technologies that do.”

“Over the years, we have seen the positive results of infrastructure investments with the upgrades to Northport’s sewage treatment plant, which resulted in a massive reduction in nitrogen discharge, and produced tangible benefits including the absence of red tide and the reopening of a permanently closed Centerport beach,” Spencer said. “Now, with this investment at the Vanderbilt, we continue our progress to improve and protect our priceless natural resources.”

To date, the county has installed two advanced wastewater treatment systems at other County Parks – Lake Ronkonkoma and Meschutt — and is currently in the process of installing 13 additional systems at various County Parks.

Officials also announced that during the month of October, more than 100 residents have applied for grants through the County’s Septic Improvement Program, and that next year, the county plans to install 1,200 nitrogen reducing wastewater treatment systems, doubling the number  currently installed.

“Treating our sewage here in the year 2019 is not a luxury we can’t afford, but rather it is a necessity that we can’t afford not to do. This is what change looks like, one installation at a time,” said Adrienne Esposito, executive director of Citizens Campaign for the Environment. 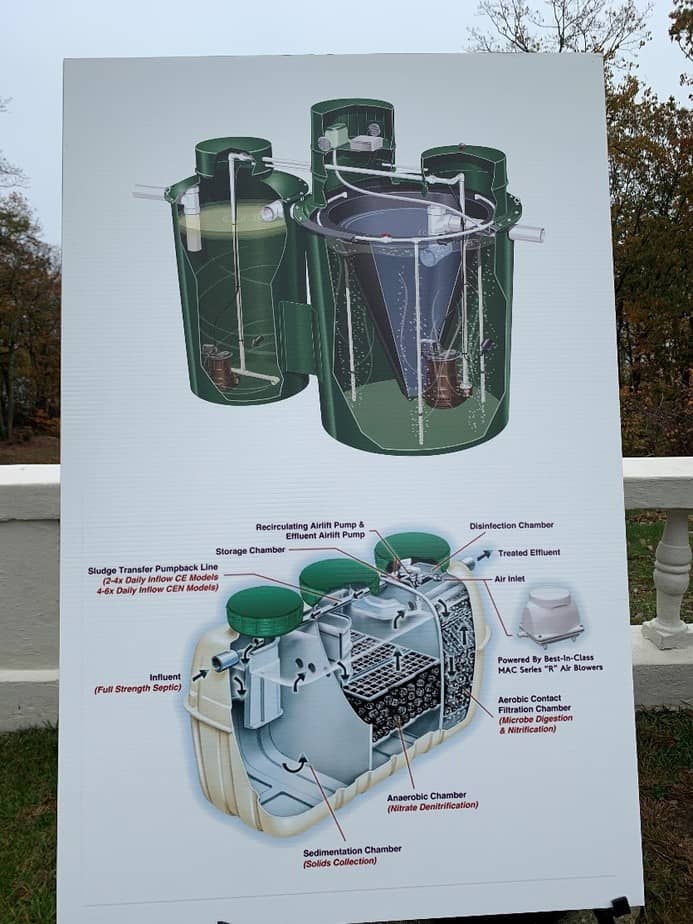