A project to promote unity drew more than 60 young volunteers and several town and other officials Friday in Huntington.

At a press conference at Heckscher Park, Town Supervisor Chad Lupinacci said, “Huntington really is a slice of everything America is and should be,” and quoted the project’s slogan,”Hate Has No Business in Huntington.”

The Huntington Anti Bias Task Force initiative features a poster that pledges respect for refugees, people of all faiths, backgrounds and genders.

“Words matter,” said Dr. Eve Krief, who organized the volunteers to hand out and post the  “Hate Has No Business in Huntington” posters at businesses throughout Huntington. “So although these signs in Huntington will not solve systemic racism, anti-Semitism and other forms of discrimination and bias, they will set a tone and tell the world that this is the kind of community  we strive to be, where all are welcome.”

The initiative to promote justice was planned before the killing of George Floyd, who was in the custody of police in Minneapolis. His death triggered widespread protests around the world, and led to Black Lives Matter marches in Huntington. One of those marches was the target of a restaurant owner who videotaped himself denigrating the marchers as savages and comments that he was prepared to throw watermelons at them. 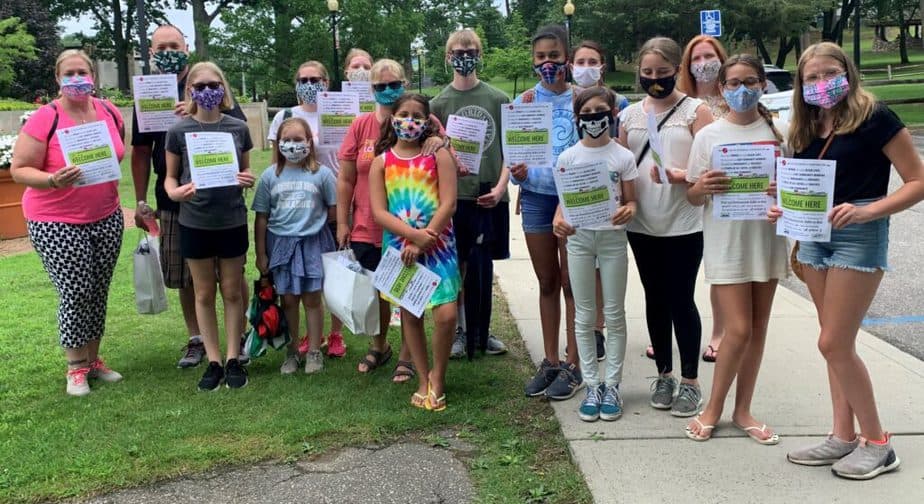