A woman was injured and had to be evacuated by helicopter after a crash at West 14th Street and New York Avenue Saturday evening.

Huntington Community First Aid Squad said the crash involved pickup truck and a car. Witnesses said the car driven by the woman, 53, was heading south on New York Avenue when it collided with the pickup truck, and striking a utility pole. The driver of the pickup truck, which overturned, was not injured.

The woman suffered a suspected fracture of her right arm and a loss of consciousness. The HCFAS ambulance, with a paramedic and 3 EMTs, transported the patient to Stimson Middle School where a Suffolk County Police Department helicopter airlifted her to Stony Brook University Hospital. 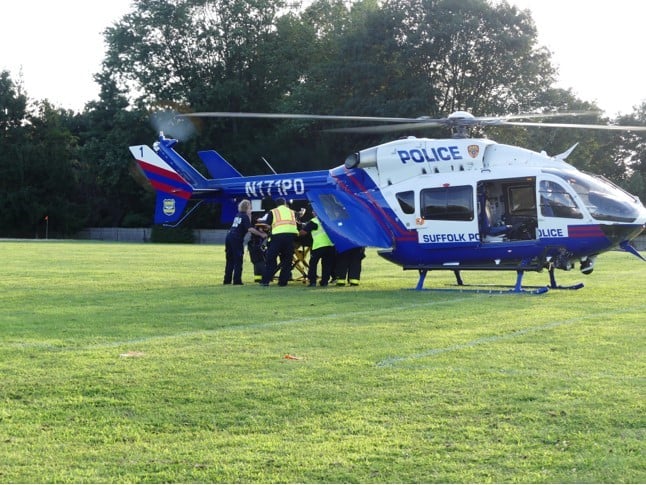