An Army veteran of World War II who escaped Nazi Germany in 1936, only to return to fight the Germans in the first wave at Omaha Beach on D-Day, was honored Sunday as he turned 100.

Fire departments, relatives, veterans and elected officials turned out to cheer on Frank Wolff, a resident of Brandywine Living at Huntington Terrace.

Wolff left Germany when he was 15, and  joined the American Army when he was 21. He was awarded two Purple Hearts and a Bronze Star during the war.

A proclamation from Legislator Tom Donnelly read in part, “Mr. Wolff served our great nation as a translator for commanders in the United States Army during World War II. He was assigned to the First Infantry Division, landed at Omaha Beach during the invasion of Normandy and was wounded on the second day.

“Following his recovery, Mr. Wolff joined the First Infantry at Bastogne, Belgium where he was wounded again during the Battle of Hurtgen Forest. Mr. Wolff received many medals of recognition for his great bravery, sacrifice and devotion to duty to
protect our freedom and our way of life..” 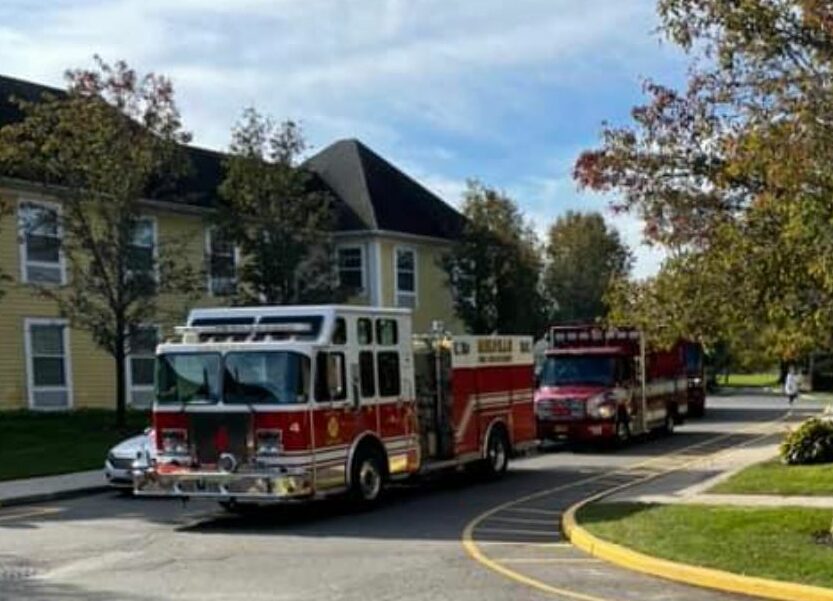 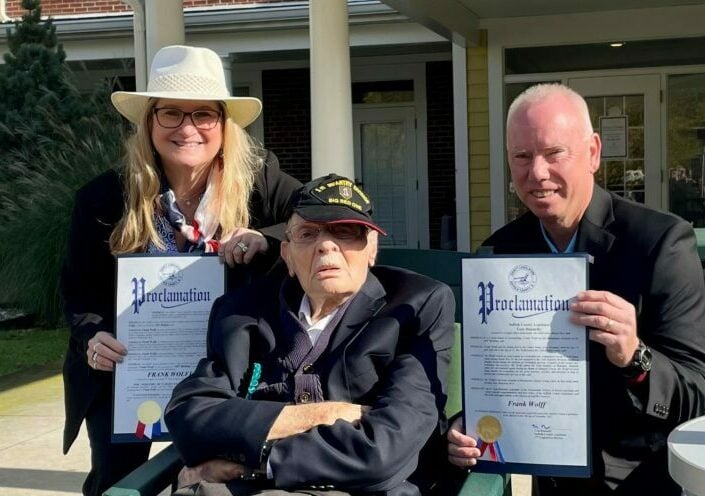