The Huntington YMCA has opened its doors of the Jorge Family Healthy Living Center to  YMCA members. While a basketball court and an indoor track largely inhabit the new building, it’s the little things that make this new building worth the investment of $9.2 million.

Eileen Knauer, the senior vice president, chief operating officer and acting executive director at Huntington’s YMCA, spoke about the building as a whole and how it opened up job opportunities.

“A lot of what we do is job creation, so the new building has opened up new opportunities for us to hire additional staff and add in different professions, specifically about health and wellness,” Knauer said. “We’re going to be opening up a kitchen for cooking classes, so if you’re coming in for weight loss, we have someone who can teach you how to cook for weight loss.”

While the buildings on the YMCA’s campus are built for exercising, they have a large group of seniors who use the facility and Knauer made sure that this new building still catered to them.

“We take into account all of the populations that we serve. We have babies right up to seniors and there’s so many different moving parts and functions on the senior population and that was definitely a group of people we kept in mind, especially with the track,” Knauer said.

Since it is summer, parents are taking their children to summer camp, which is popular at the YMCA. Last year, during construction on the  new center, the YMCA experienced a drought in children enrolled in the camp.

“Currently, we have over 700 kids here for summer camp; last year we had a large hole in the facility because of the construction, so that had an impact on us. But, people certainly haven’t lost their connection to the Y,” Knauer said.

Not only is the new building opening more opportunities, but the architecture of the building modular, so it can adapt to meet the need for expansion if needed.

“So as opposed to just putting babysitting upstairs, we’ve created a space that could have three different specific entities in it: A kitchen, science technology and child watch. So if one morning I have 30 kids under the age of three, I can use the whole space,” Knauer said. “ Everything upstairs can be opened up to be completely utilized, even space downstairs can be opened up in the two studios, as they have garage doors, so you can open both of the garage doors open to the patio.”

While the new Jorge Family Healthy Living Center at the Huntington YMCA was an expensive investment, with the innovative design of architecture, the building will be able to meet the needs of generations to come. 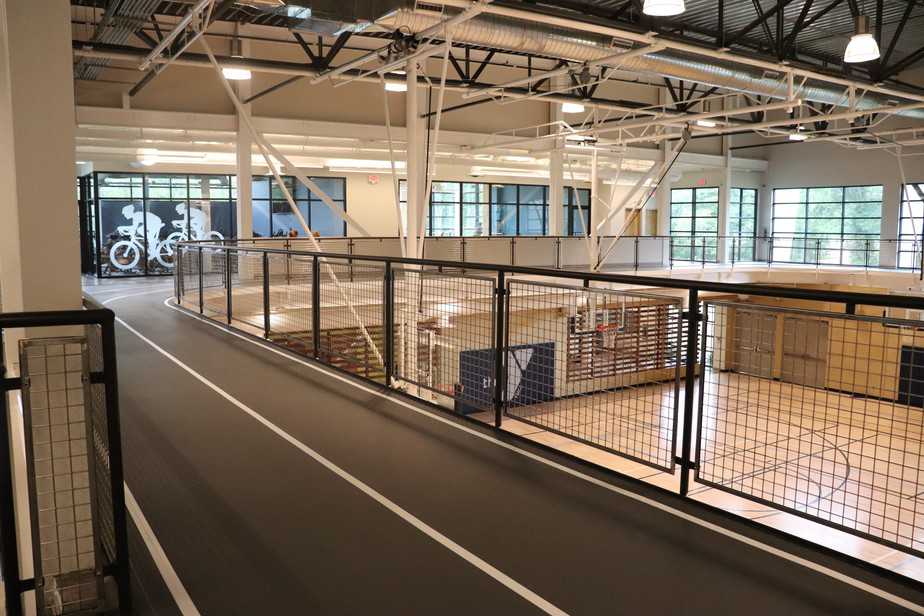