A decision on a request by the Usdan summer arts camp to allow overnight glamping was postponed Thursday by the Huntington Zoning Board of Appeals.

The camp has been seeking a permit that would allow it to place as many as 70 temporary tents on its property. Before the hearing and in response to neighborhood opposition, Usdan said it would reduce its initial plans to 25 camp sites.

It plans to use the income from the overnight camping to fund scholarships for middle and lower income students.

Arguments presented to the ZBA included the legality of a limited liability corporation, 185 Colonial Springs Road, LLC, that would govern the glamping. But Usdan said that the LLC is  wholly owned by United Jewish Appeal Federation of Jewish Philanthropies of New York, which owns the property.

Virtually all of the nearly 40 people who spoke against the plan cited their fears about problems overnight camp sites might pose to their properties abutting the 50-year-old camp.

Some expressed concerns about possible fires, drinking, boisterous behavior by campers, and the effect of the camp sites on their property values.

The camp issued a statement Friday that said, “Usdan has been part of this community for nearly 55 years. The safety and security of our community, as well as the preservation of this land, are our top priorities. Usdan follows all building and fire safety codes, which will extend to our new program.”

Two representatives of the Melville Fire Department, Phillip Foundos and Carolyn Koegl, appeared at the hearing, with Foundos said he had just learned about the plan two weeks earlier and outlined several objections.

On Friday, Foundos said that  he had “serious safety concerns for campers, residents and fire personnel” in accessing the tents, which would be set into wooded property.

“Finding a patient during a day would be difficult,” he said. “Finding someone at night would be next to impossible.”

He said having to respond to extra calls during the glamping season would impose “significant challenges” to the department and that the closest water sources to the glamping area are 1,000 feet away.
“Based on our safety concerns don’t believe this plan should be approved,” he said.

Michael Rosedale, who has led the neighborhood opposition, and spoke at Thursday night’s hearing, said he supports the camp as it exists now but wants Usdan to find another way to raise money for scholarships.

The hearing was postponed for three weeks to give Usdan time to respond to complaints. 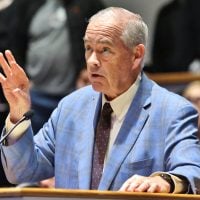 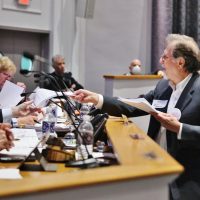 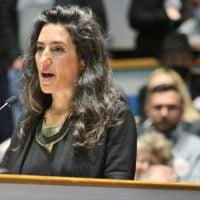 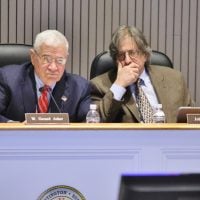 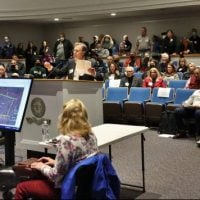 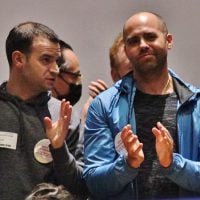