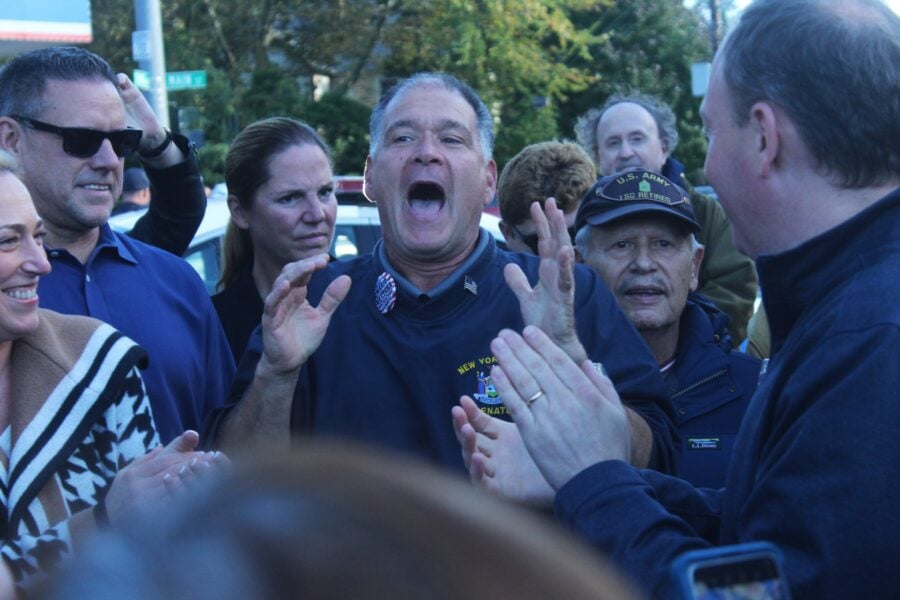 Republican gubernatorial candidate Lee Zeldin dropped by the Long Island Fall Festival Saturday, greeting an enthusiastic crowd of supporters, some of whom addressed him as Governor, while others urged him to “save our state.”

He walked along Prime Avenue, which was lined by festival booths, greeting people in the crowd and posing for photos with other elected Republicans, several retired Marines, the two chairmen of the festival, and several vendors. Some of his supporters carried flags bearing his name, while others shouted his name; one man in the crowd pleaded quietly for him to “Just do it, Governor. Just do it.”

The congressman was accompanied by Alison Esposito, who is running for lieutenant govenor. 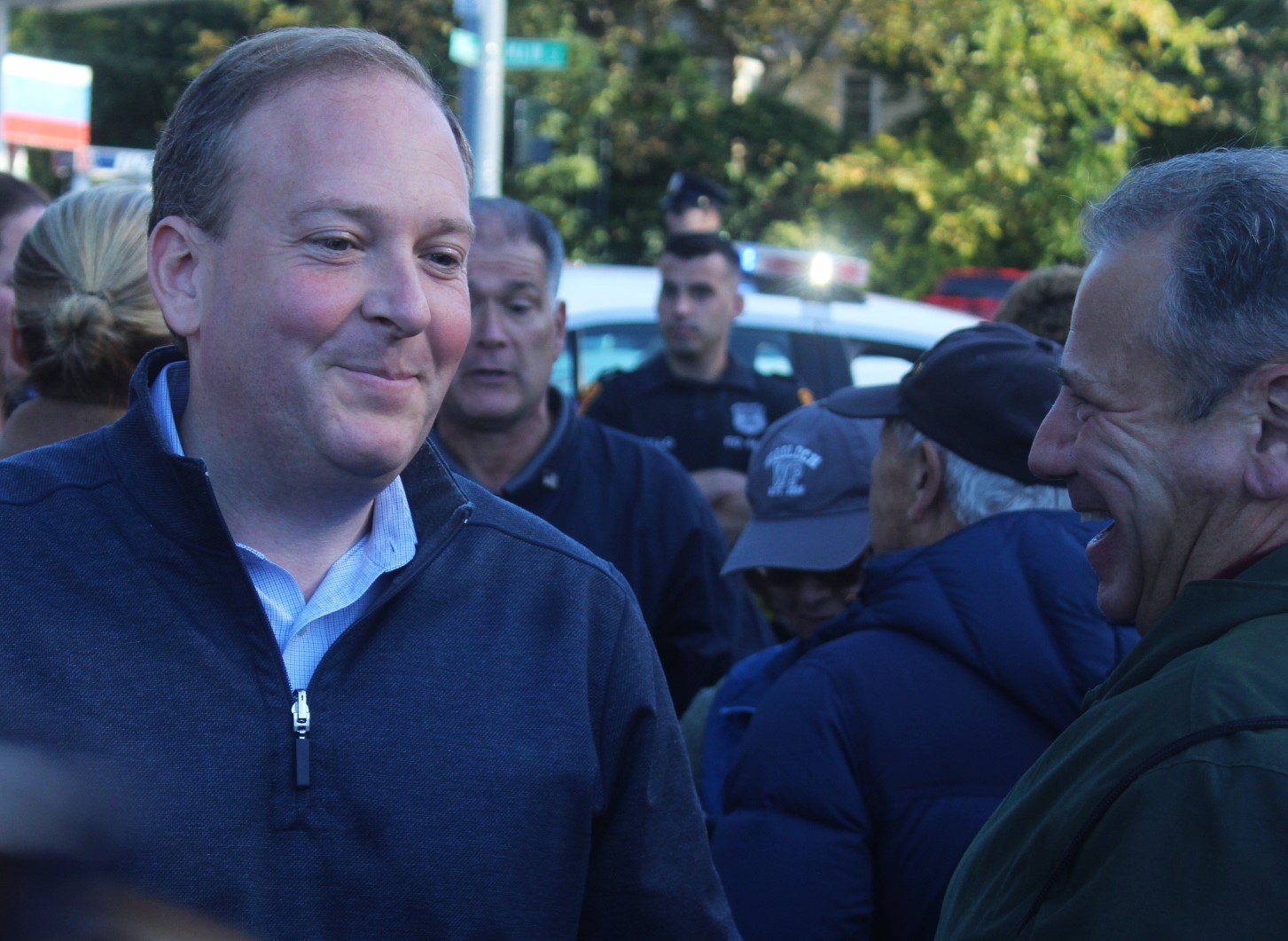 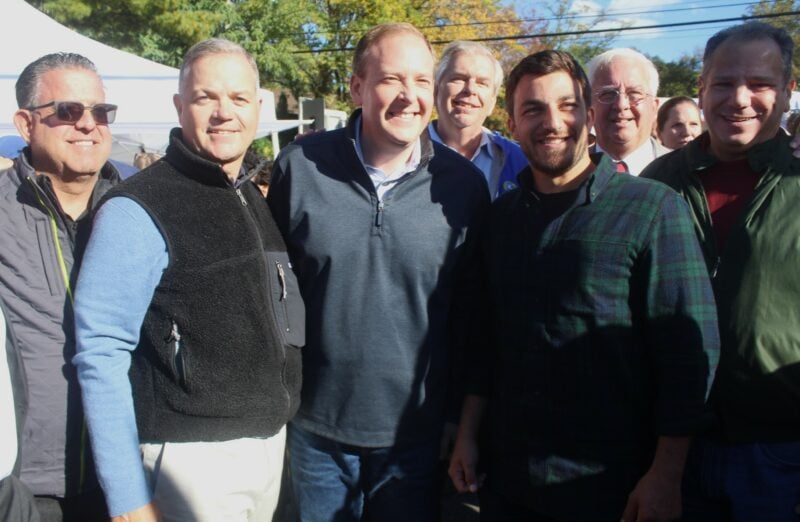 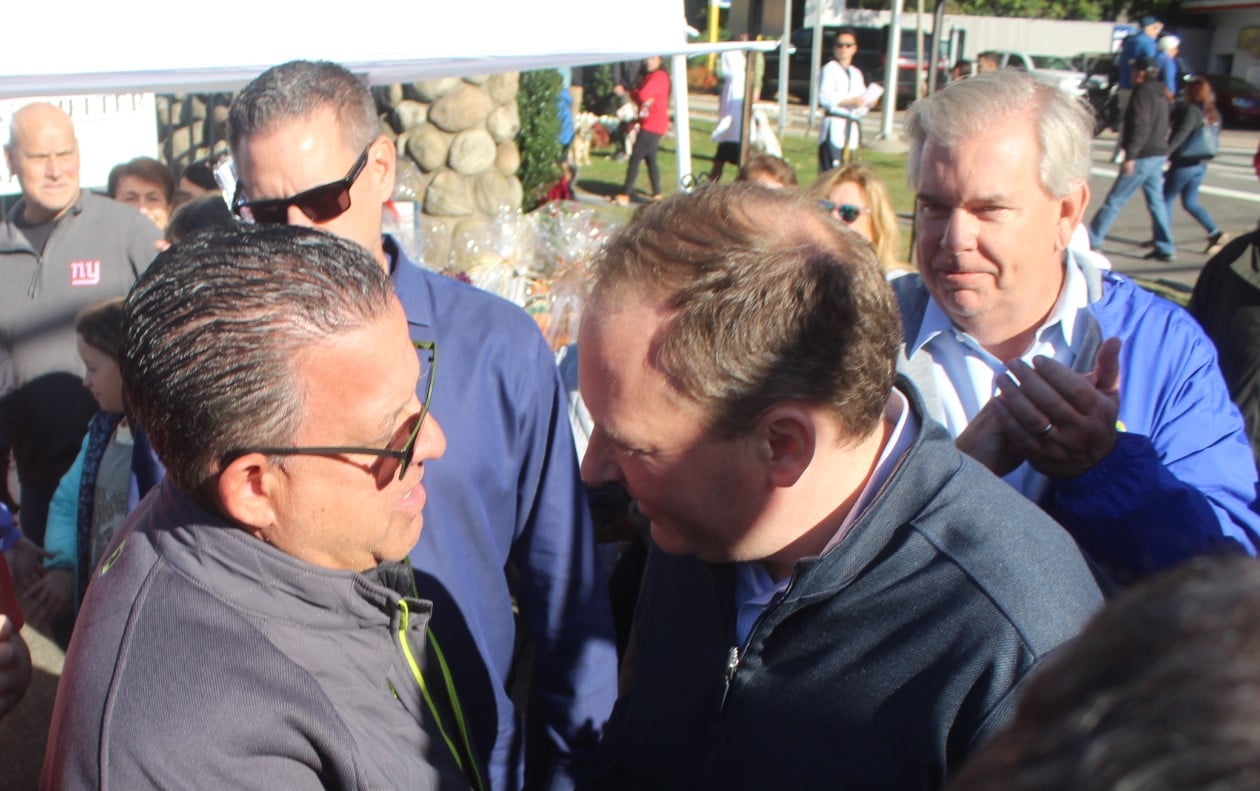 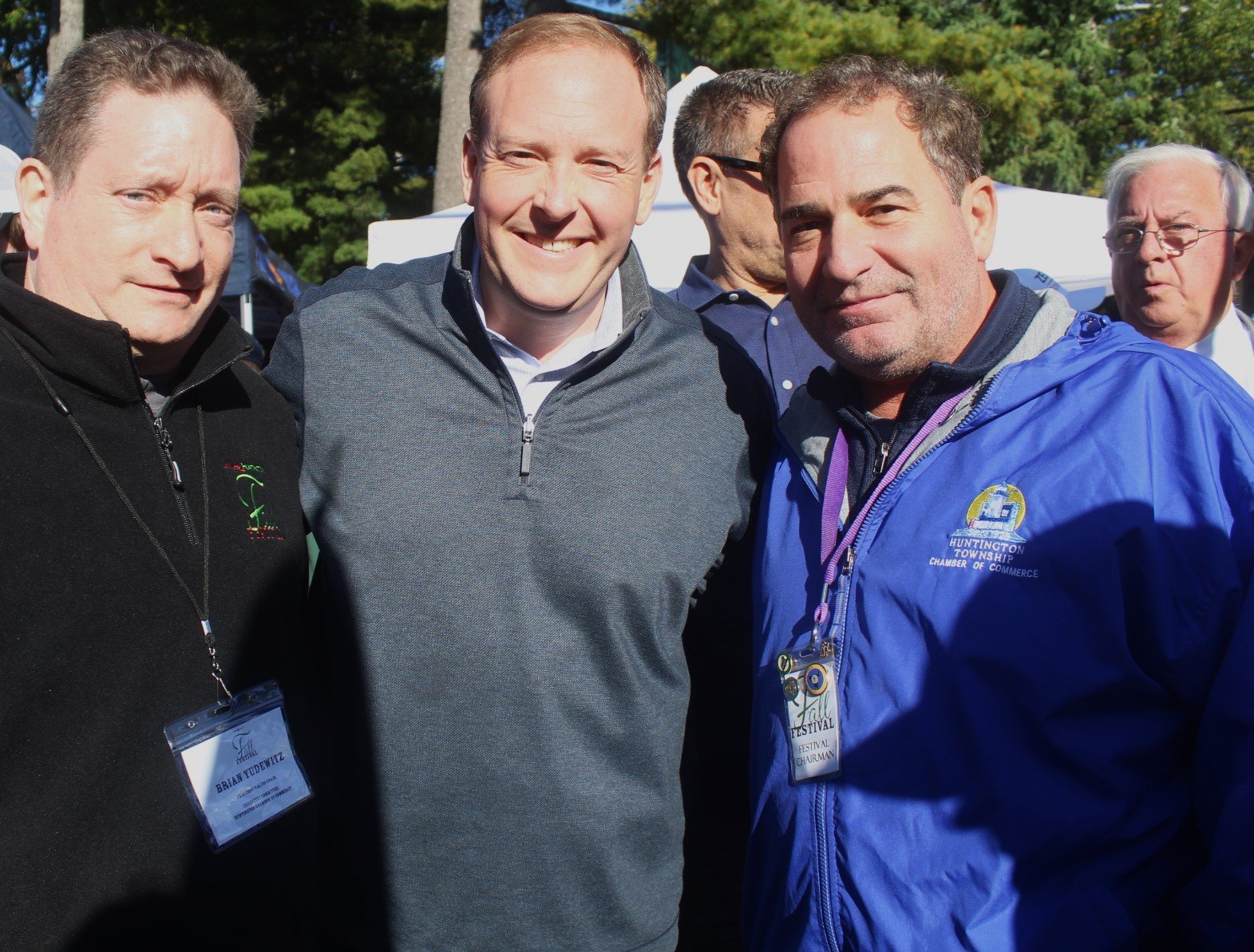 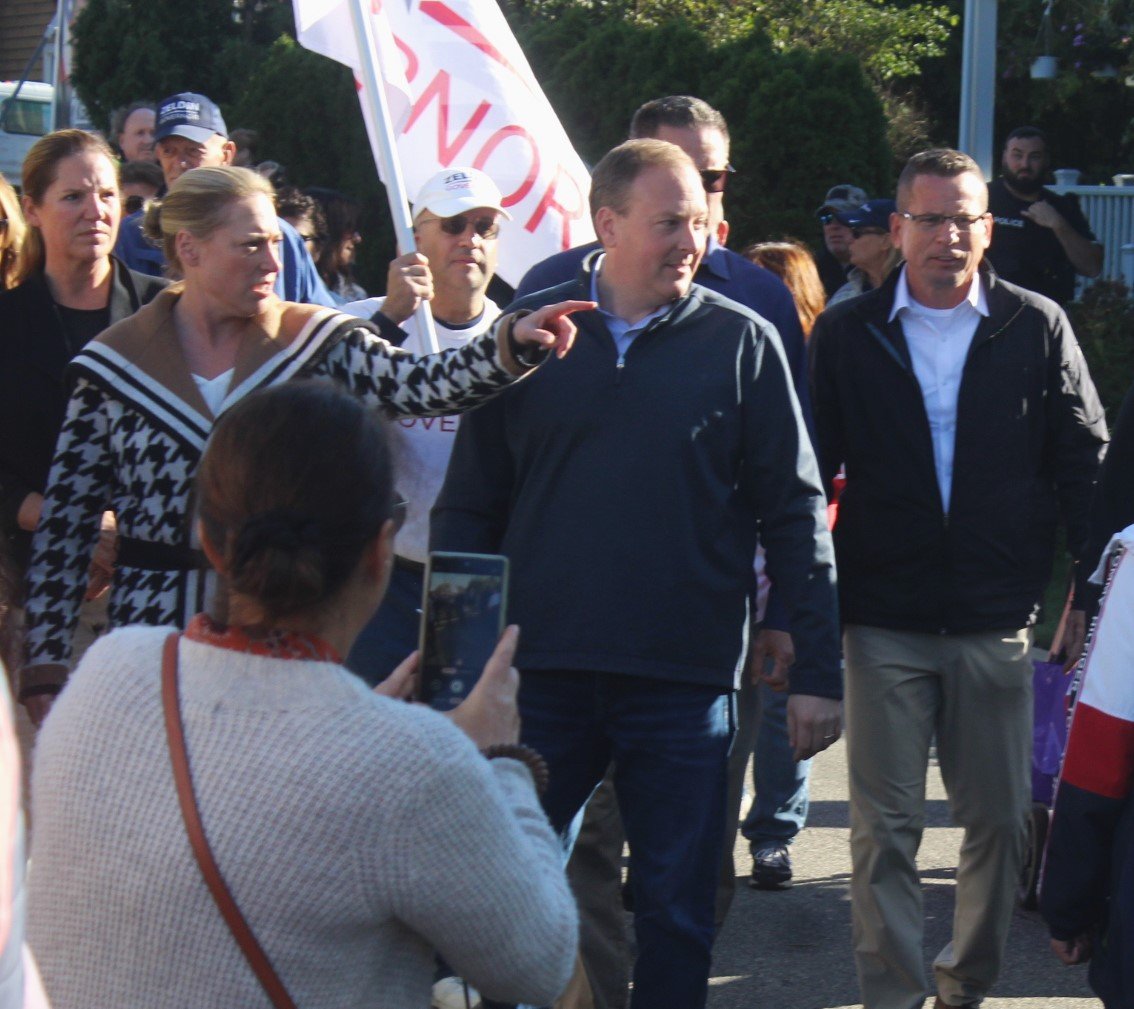 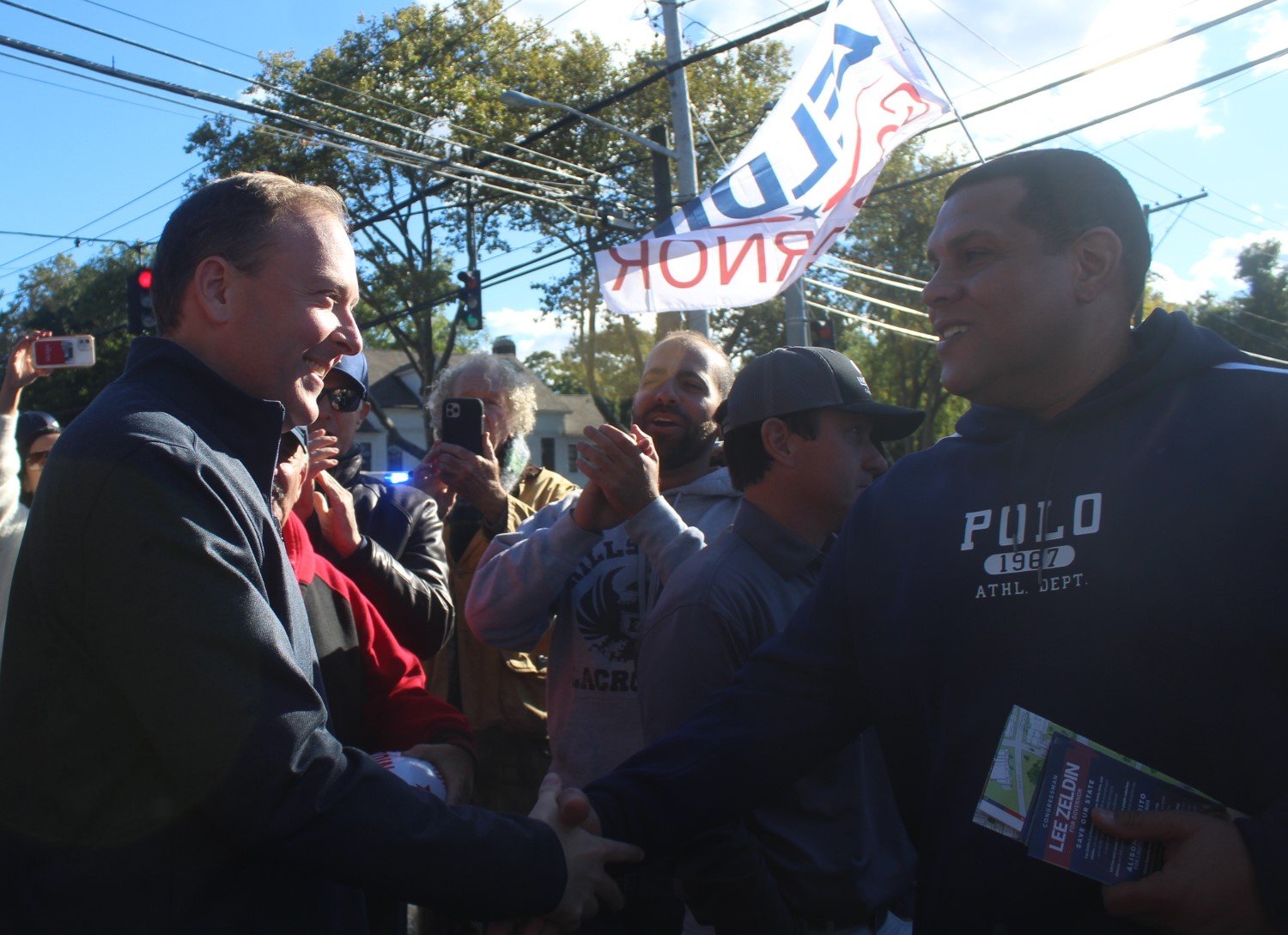 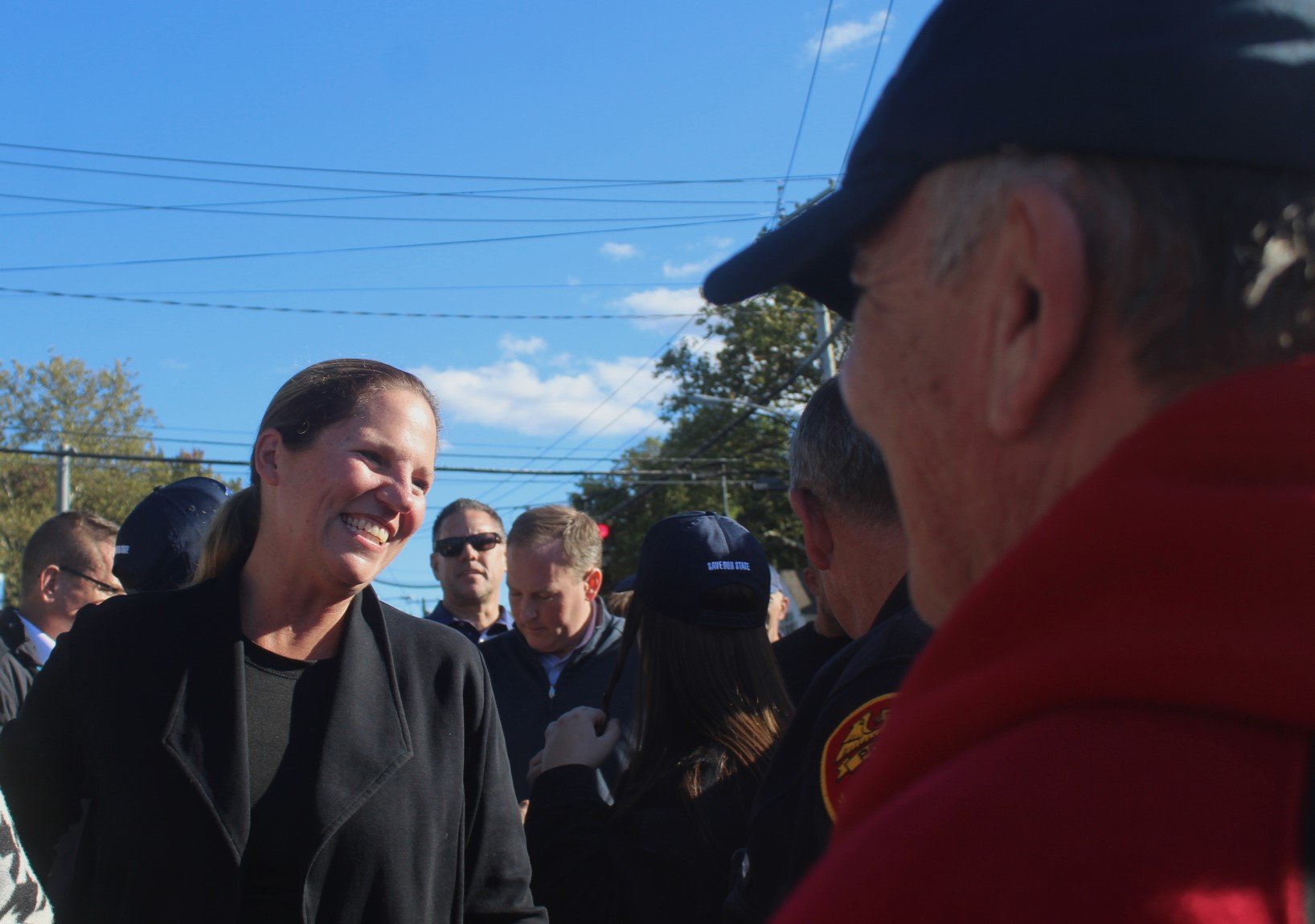 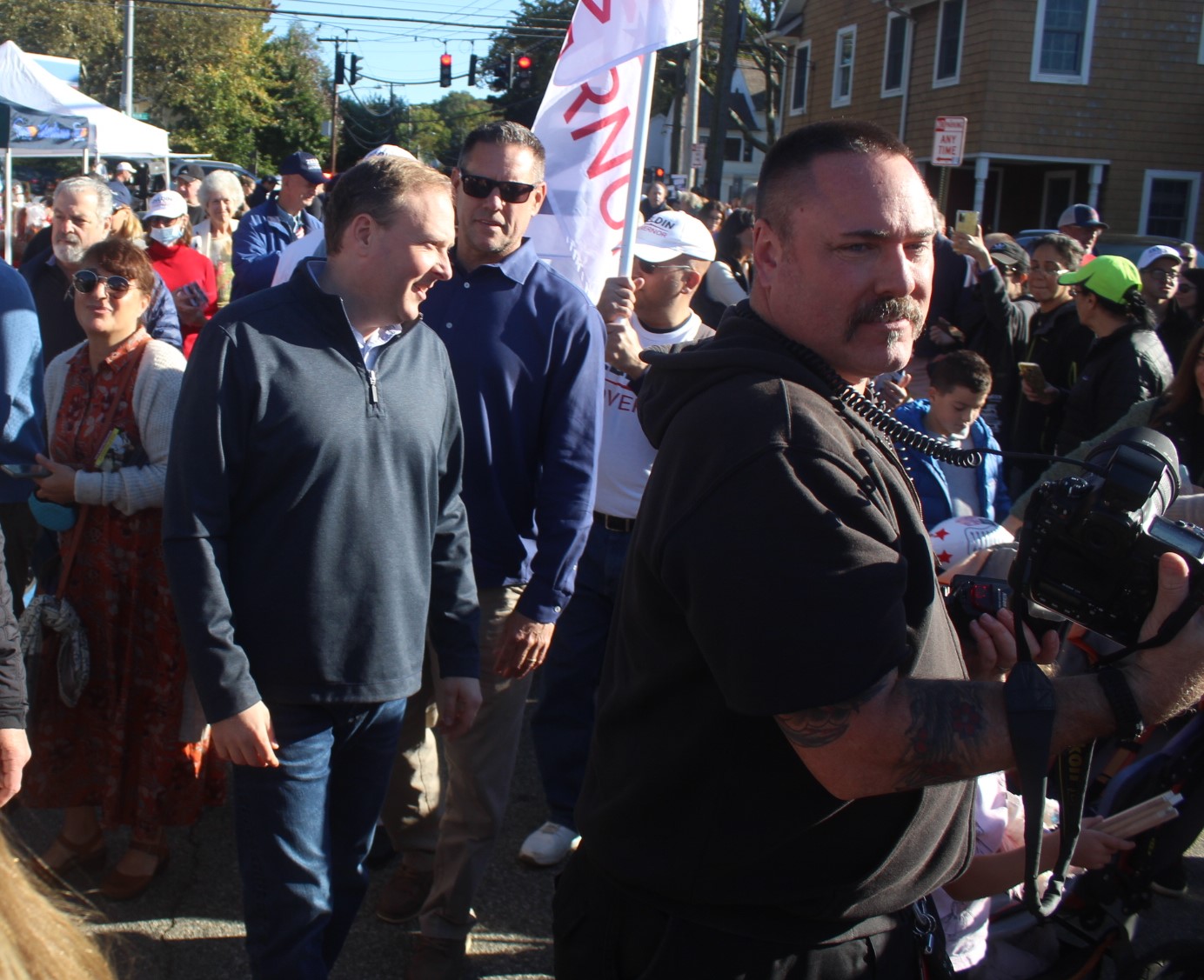 One Reply to “Zeldin Drops By Fall Festival at Heckscher”