Areas that had high positivity rates will be subject of focused testing efforts, including access to rapid testing machines. The statewide positivity rate on Covid-19 test is 1.1 percent without the hotspots; when they are included, the state rate is 13 percent.

“I’m going to be meeting with religious leaders of the Orthodox community and local officials. If you look at those clusters and you look at those zip codes, you will see there’s an overlap with large Orthodox Jewish communities. That is a fact. I will be meeting with them to talk about it. This is a public health concern for their community. It’s also a public health concern for surrounding communities,: Cuomo said. “I’ve said from day one, these public health rules apply to every religion, atheists – it just applies to every citizen of the State of New York, period.” 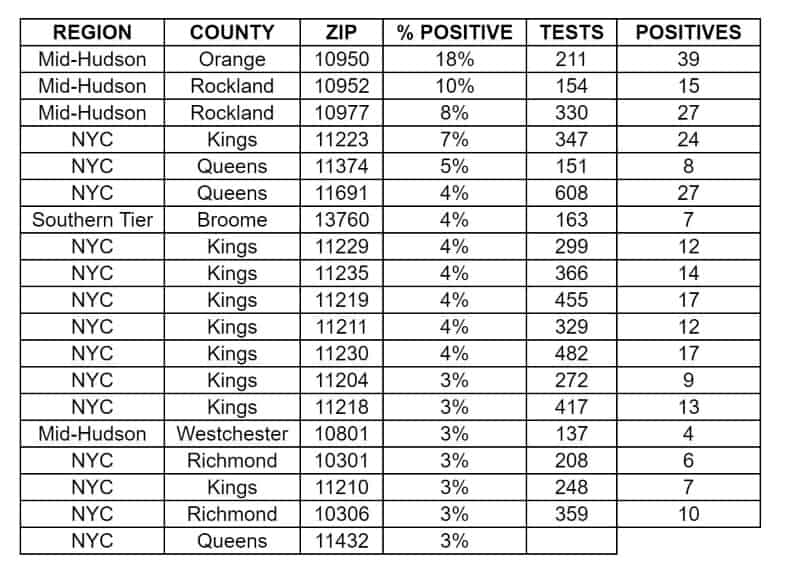 Colorado was added to the travel advisory, while Virginia and Arizona were removed from the list of states whose travelers must self-quarantine if they visit New York State.