A crowd  gathered in Huntington Wednesday evening to support victims of sexual assault and as part of a nationwide day of action to protest the nomination of Brett Kavanaugh to the United States Supreme Court.

Demonstrators held signs that said “Defend decency – Stop Kavanaugh” and “I believe Dr. Christine Blasey Ford” as they gathered at the Village Green, on the northwest corner of Route 25A and Park Avenue. Some passing drivers honked in support.

Demonstrators came from as far as Plainview and Bellmore. “Kavanaugh should not serve on any court, much less the Supreme Court,” said Andrew Grover of Massapequa.

Rally organizers, who estimated that more than 80 people participated, used megaphones to chant “Believe,” to which the group responded, “Women.” When organizers said, “Kava,” the group said, “No.”

“It’s very heartwarming that people show up like this,” said Anu Magee of Greenlawn. “This is kind of a historic place to do this,” she continued, remembering that those who opposed the Vietnam War also converged on the spot years ago. “You can’t expect change if you are not a part of it.”

Magee is a member of several activist groups, including Dedicated to Democracy, Action Together Long Island, and Heard in the Third. She also assisted Dr. Eve Krief and Hillary Hess in planning this event.

Hess is the founder of Liberally Long Island. “We can do so much more together,” she said.

“I stand with you today and I appreciate everyone who’s here,” said Spencer. “And one of the things that I think is important to realize is that there is a very strong, no longer silent majority that is going to speak up and to really demand that basic decency is adhered to.” He later added, “We are a nation that believes that we help each other and that we support each other.”

Rosen shared a personal experience when he spoke to the crowd. “I was about 12 or 13. My reflexes kicked in. I got away. But I understand that the details of that day are etched. They become part of your psyche. You know it and that’s why I know [Christine Blasey Ford’s] telling the truth.” He went on to say, “I’m a trial attorney. I cross-examine people for a living. And it’s very funny. When you cross-examine somebody and you’re getting close and they start to lie, they get angry, then they get belligerent, then they get evasive, and then they don’t answer their questions.”

“The incidence of sexual assault for women is tremendously underreported,” Guthman said. “I understand the mindset of someone who has been the victim of such an incident. We can’t re-victimize people who report these instances.”

The night was not completely one-sided. Krief said she heard some people in passing cars acting less-than-supportive of the rally, lending their voices and horns to the discussion.

Gaughran urged those attending to let their voices be heard by voting on Nov. 6. This, he said, is “the most important thing.”

A full vote on Kavanaugh’s nomination has not yet been scheduled. As of Thursday  morning, senators were reviewing the FBI’s supplemental background check about allegations of sexual assault. The Senate is expected to vote this week, most likely Friday morning, on whether to end debate on Kavanaugh.

Note: This story was updated Oct. 5 to indicate crowd size based on organizer’s count of those in attendance. 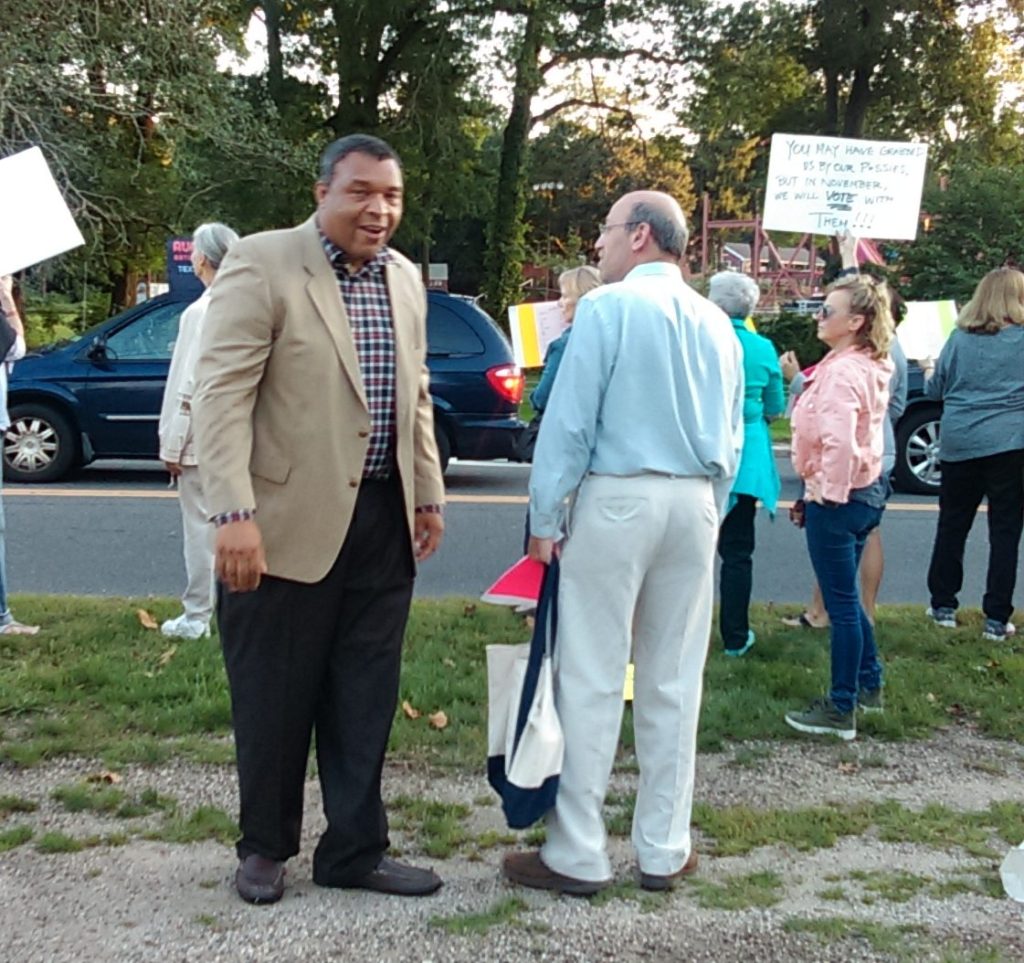 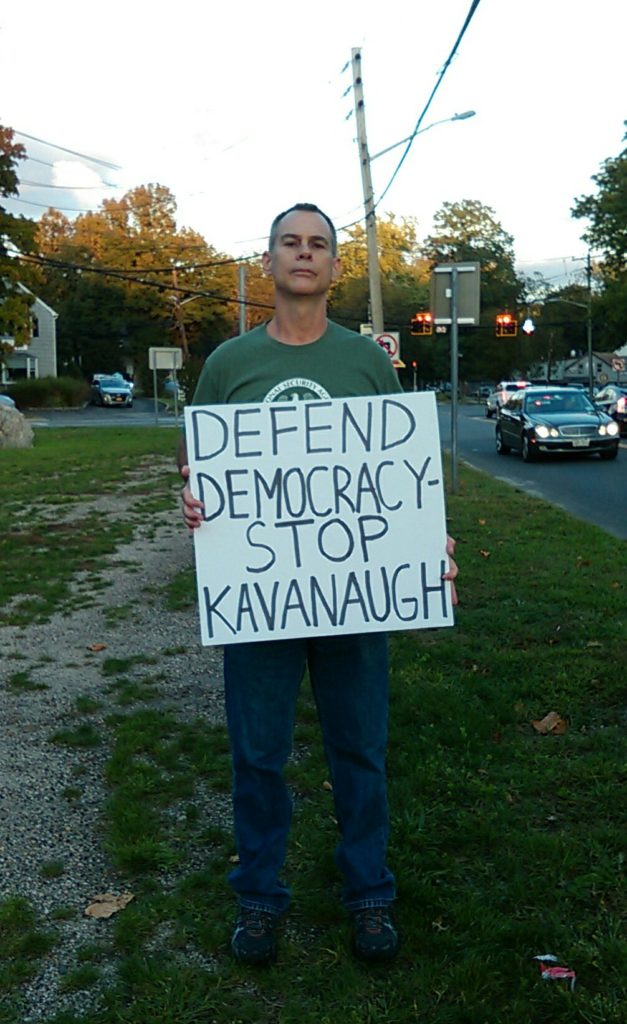 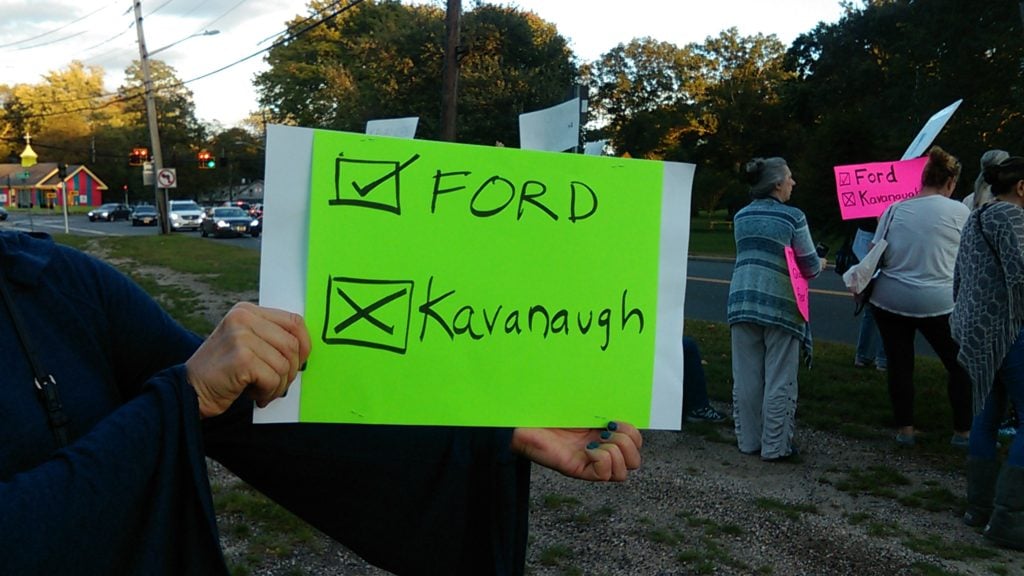 A crowd opposes the appointment of Brett Kavanaugh