The FDNY EMS lieutenant who was murdered last week in Queens was remembered by friends and family Wednesday at a packed service at the Tilles Center in Brookville.

“He killed her and tore a hole in our hearts and of all her colleagues,”  Frank Fuoco, the father of Lt. Alison Russo, 61, said at the Tilles service. “Only time will fill the void with the memories of service and kindness to help those in need.”

“She was a woman who would answer over 25,000 911 calls over the course of her career and still find time to mentor, teach, train and help members of service across the entire city, and her hometown. Alison so clearly embodied the mission, the intent, the essence of being a member of FDNY EMS. That is why it is my distinct privilege today to honor Lieutenant Russo for her service, her sacrifice and her leadership, by posthumously promoting her to the rank of Captain, “ said Acting Fire Commissioner Laura Kavanagh.

Earlier, the procession carrying Russo stopped at the Huntington Community First Aid Squad headquarters Wednesday to salute the longtime volunteer who was approaching 30 years of service at the squad.

A long procession of motorcycle police officers from New York City, Suffolk and Nassau Counties, FNDY trucks, an HCFAS vehicle and others accompanied her.

It then continued on to her funeral service at the Tilles Center in Brookville where thousands of colleagues waited for her. New York City Mayor Eric Adams and Suffolk County Executive Steve Bellone were among the dignitaries at Tilles.

Firefighters and members of the HCFAS lined both sides of Railroad Street and saluted as the procession drove by and stopped for the honor.

Peter Zisopoulos, 34, was charged in the fatal stabbing. 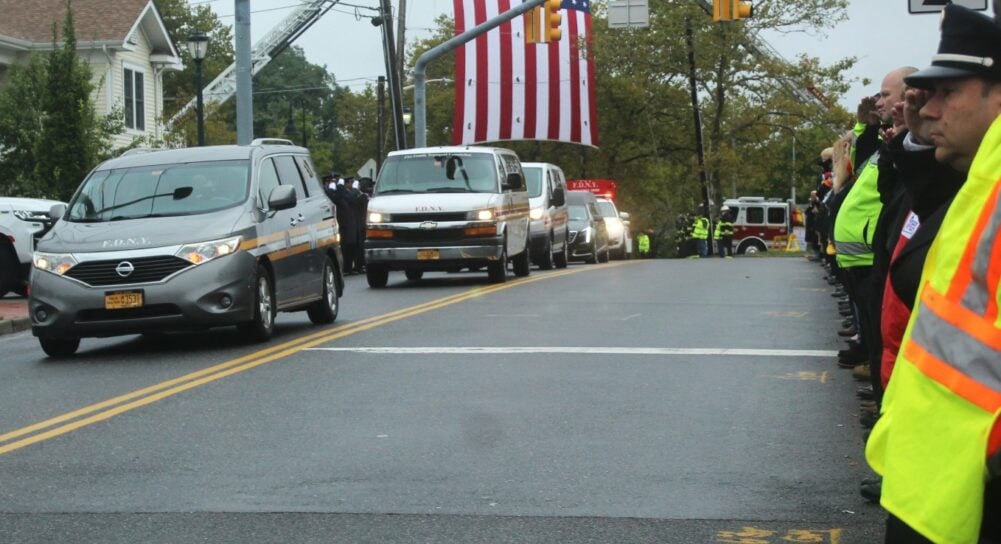 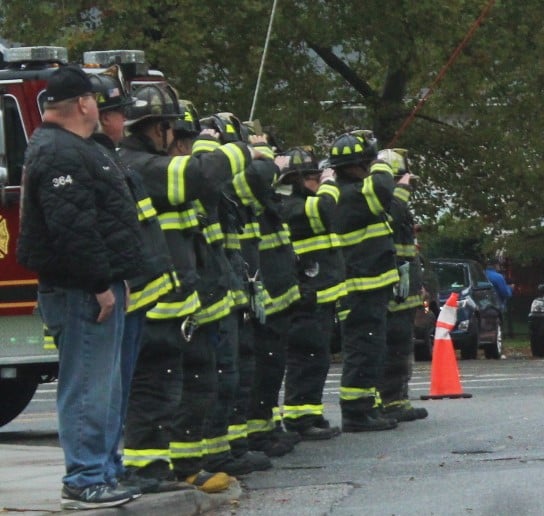 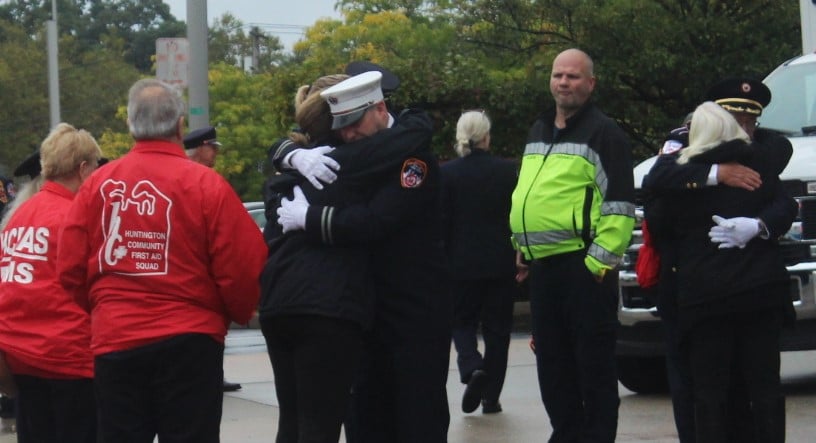 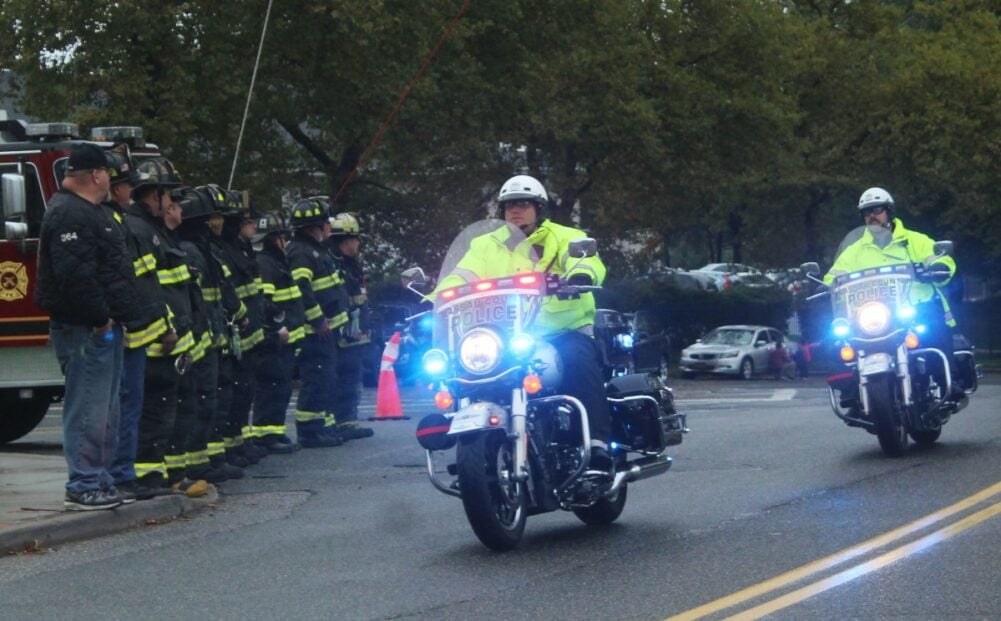 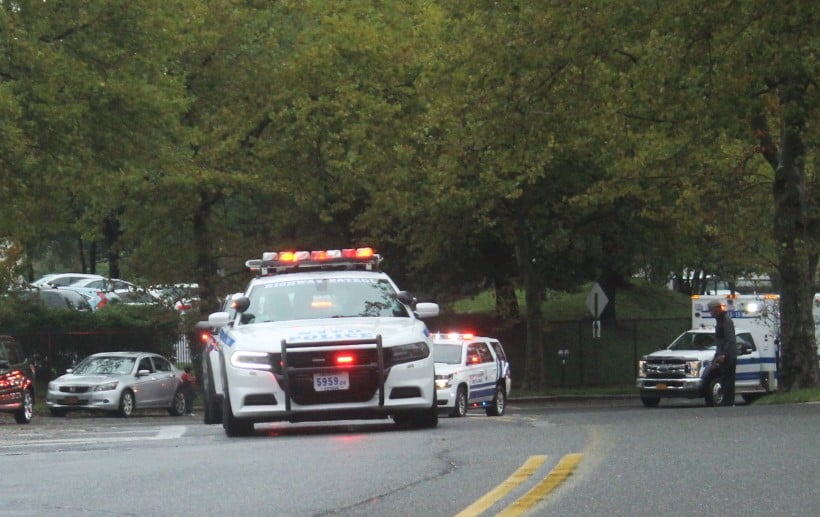 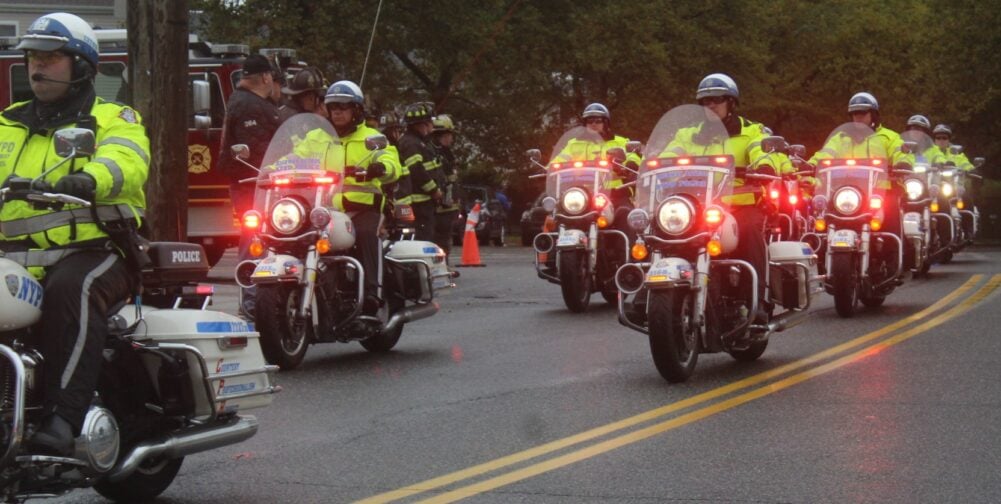 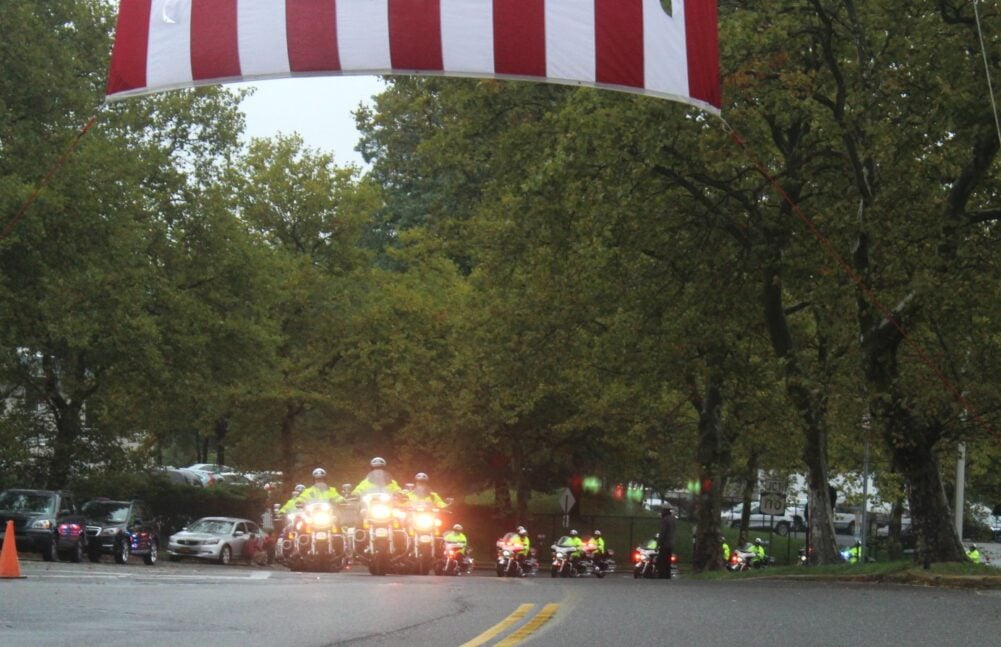 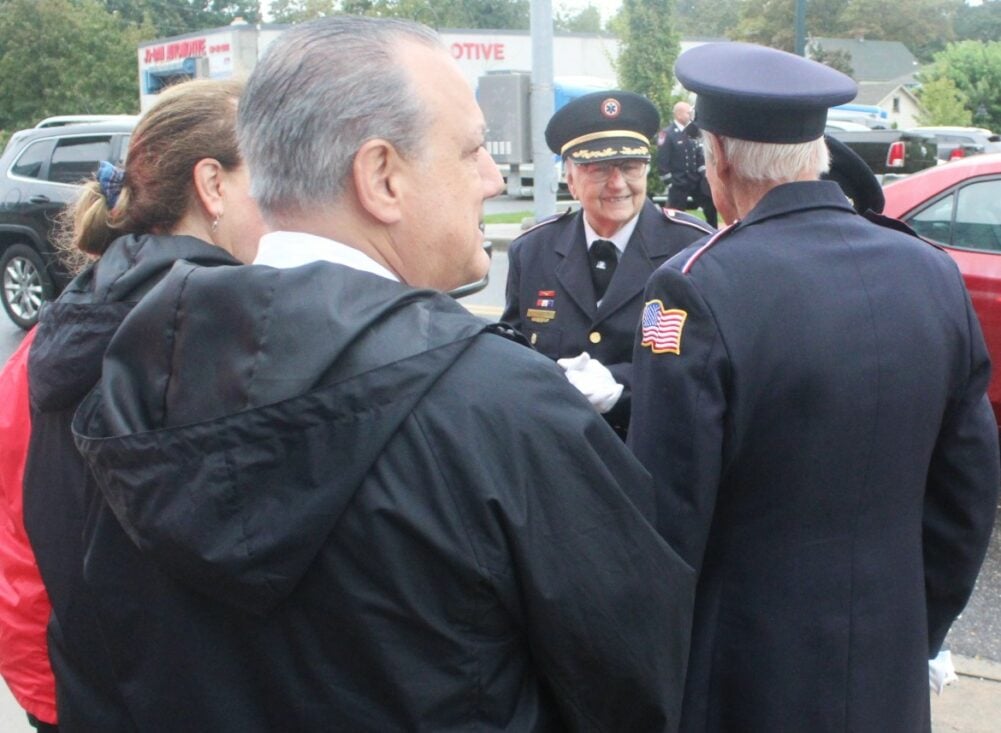 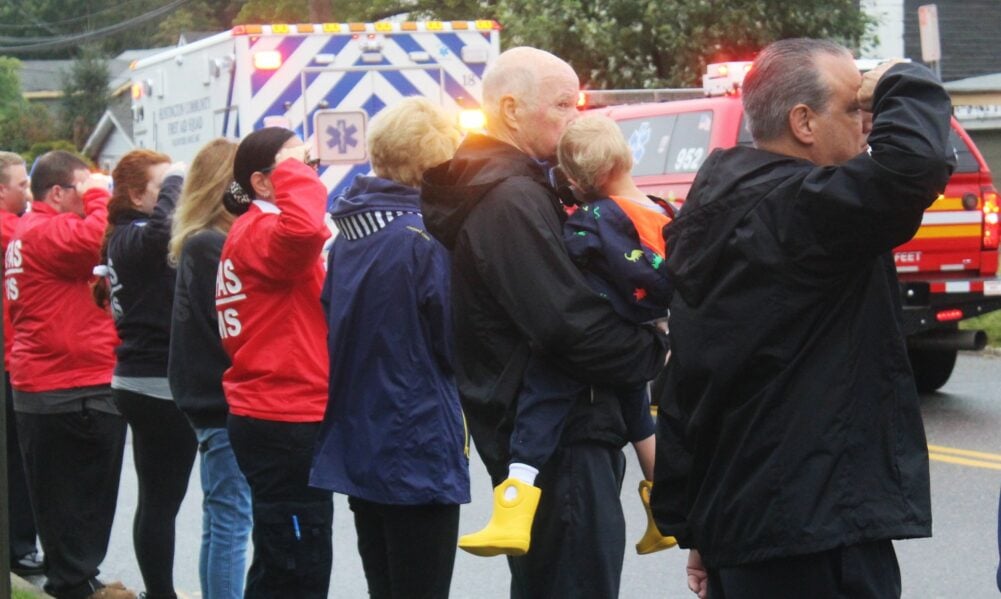 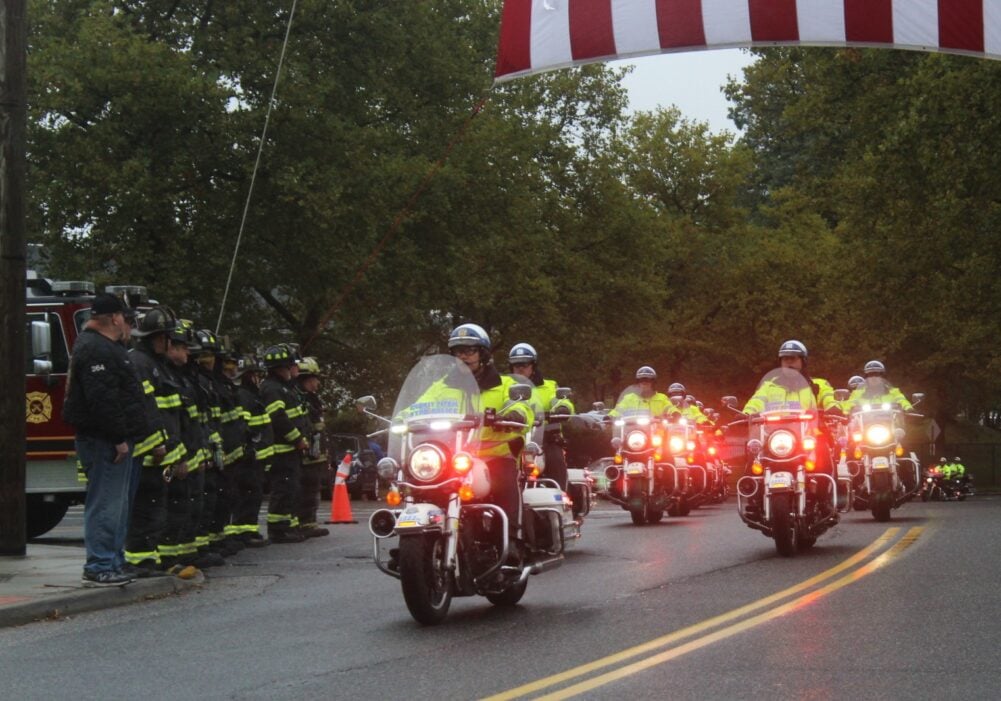 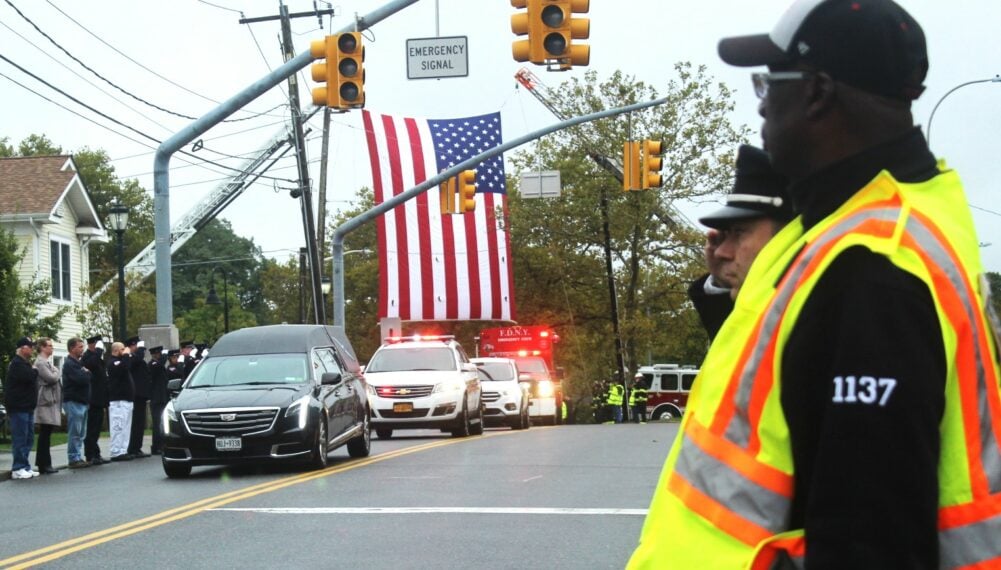 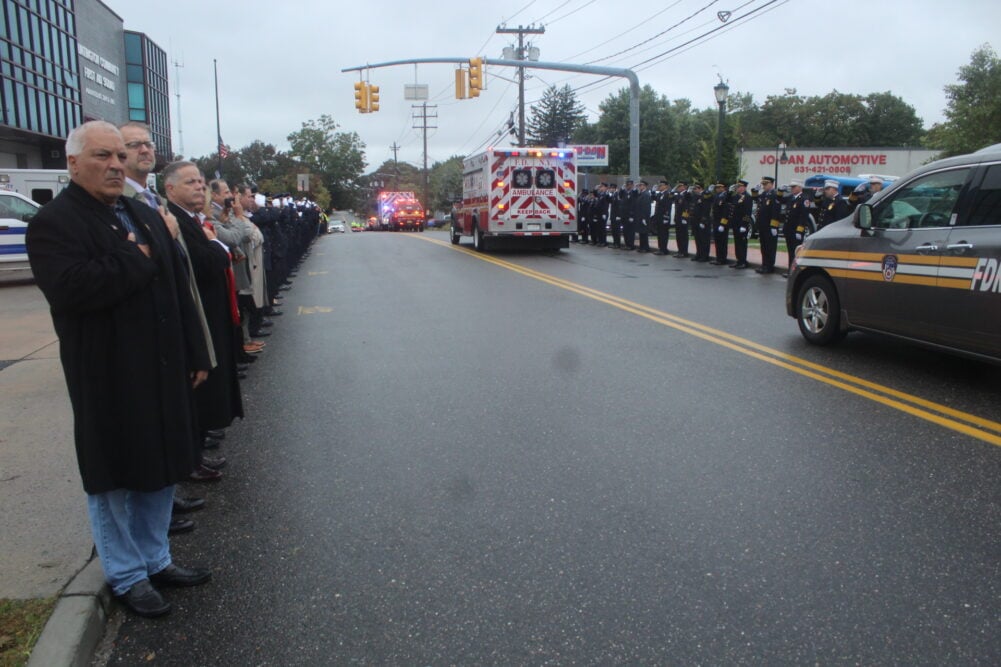