Gov. Andrew M. Cuomo criticized some local governments Sunday, saying they hadn’t done enough to enforce compliance with Covid-19 safety regulations. He warned that the state would close all business activity in hotspots if local governments don’t do more.

The top 20 hotspots by ZIP code are in parts of Brooklyn, Queens, Orange and Rockland counties.  Overall, the state remains at  0.91 percent positivity rate on tests, while in some of the hotspots, the infection rate is in the double digits.

“I’m concerned about the lack of testing in the schools,” Governor Cuomo continued. “If the localities do not do testing immediately in the schools in those areas, the State will close them immediately. We all want schools to reopen IF they can reopen safely. I have assured the parents of this State that I would not send my child to a school that I didn’t know was safe. Without testing we can’t assure parents and teachers of the safety of that school.”

The new effort is modelled on the State Liquor Authority and State Police Task Force that has been enforcing state guidance at bars and restaurants in New York City and on Long Island. Businesses that violate the law can be subject to fines and closures.

The hotspot ZIP codes contained 21 percent of all positive cases in New York State yesterday, but represent only 6.7 percent of the state’s population. 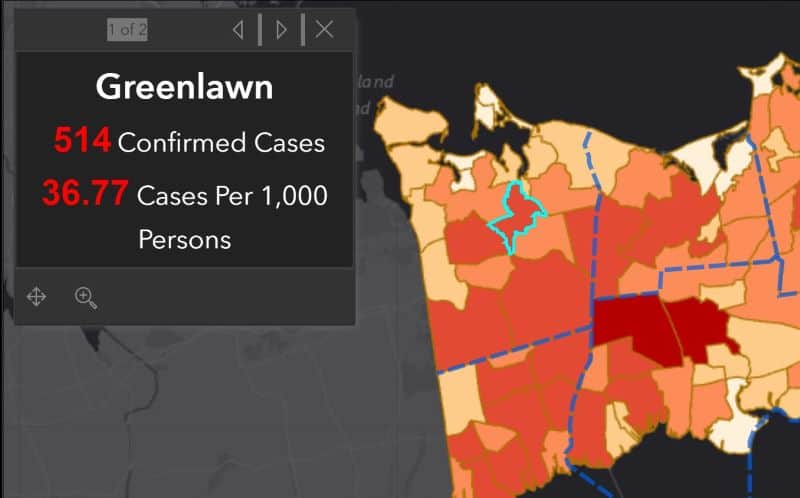