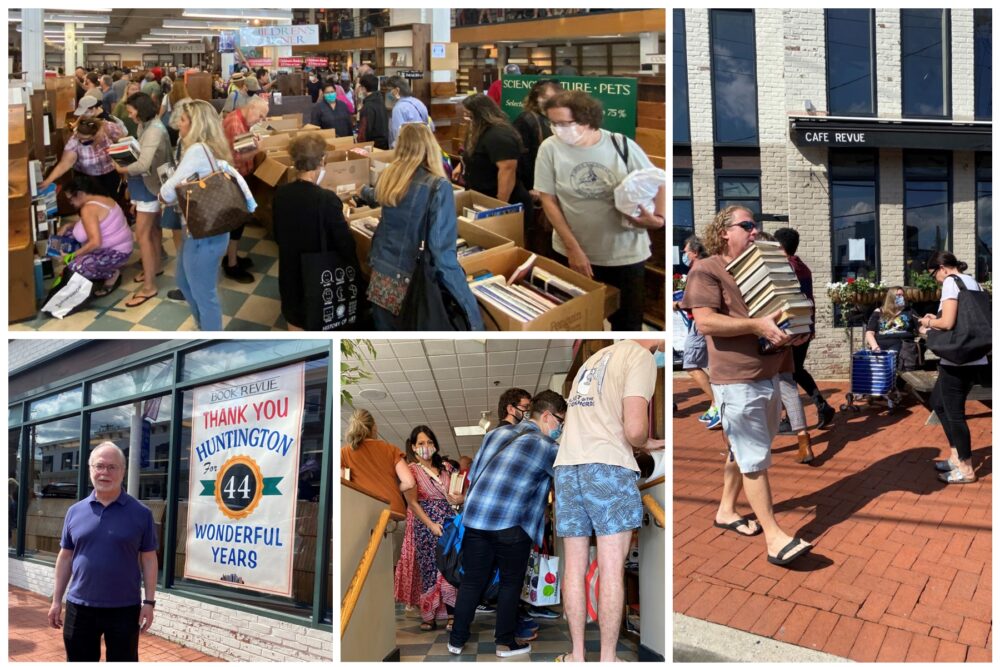 Every shelf, nook and cranny of the Book Revue was wiped clean Friday as owner Richard Klein threw open the doors for the last time and gave away thousands of books.

Inside of about three hours, people had scooped up books to fill bags, boxes and even a van parked out front. “It was like locusts,” Klein said. “They were taking things like the 16th Century Wedding Rituals of Eastern whatever,” he said, either because they couldn’t resist a free book or to claim a souvenir of the beloved Huntington Village store.

Earlier in the day, a lined formed from the store’s doors on New York Avenue around west on Main Street and down Wall Street.

After the store was emptied, people continued to wander in, touch the shelves and look around. Others posed for photos in front of the store.

The store recently announced it was closing after a  44-year-run after a rent dispute with the landlord.

Mallory Braun, who works for the Book Revue, is exploring options to open another bookstore dowtown. 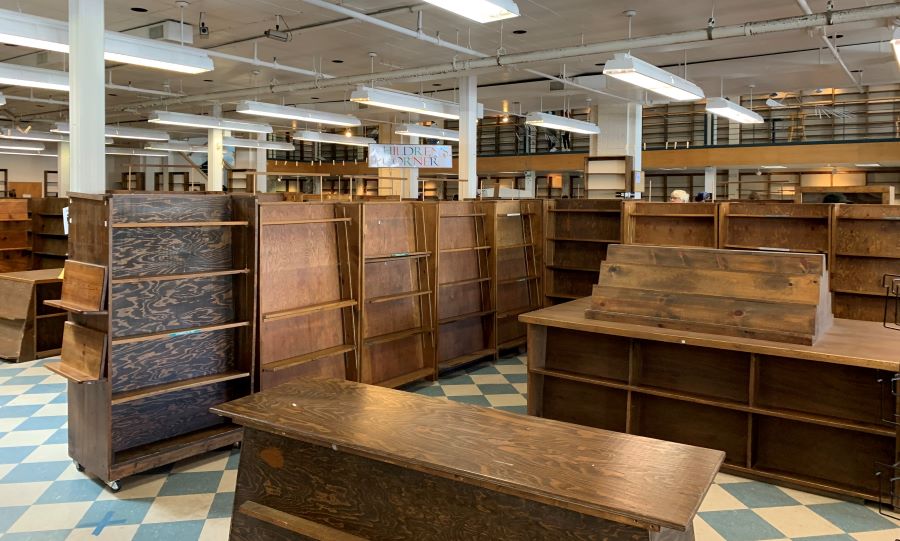