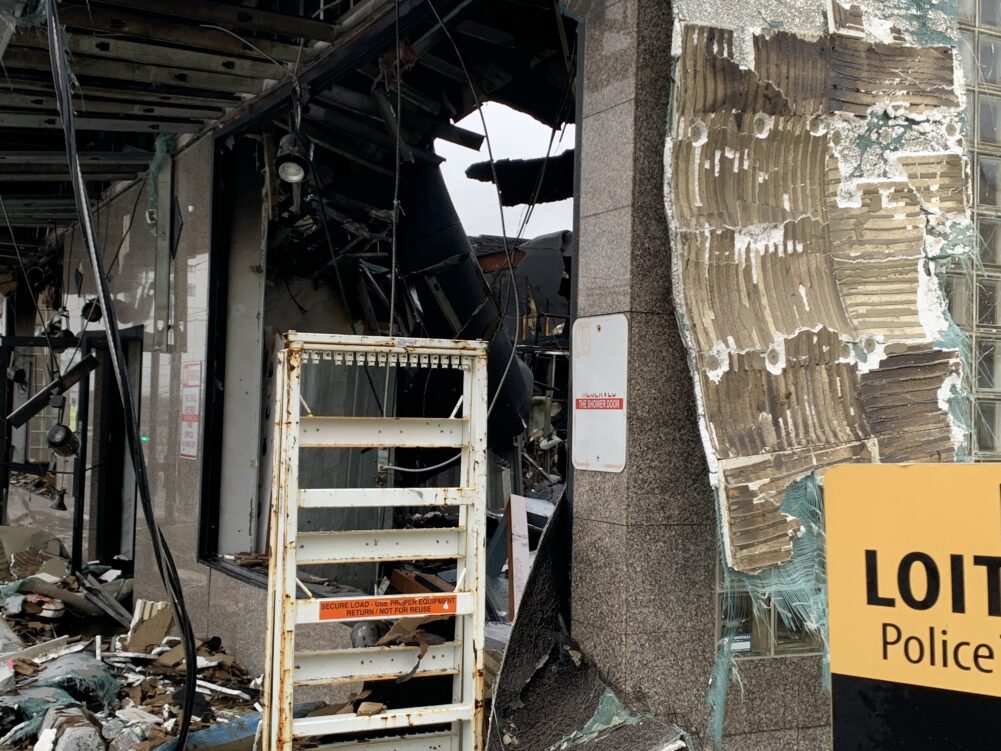 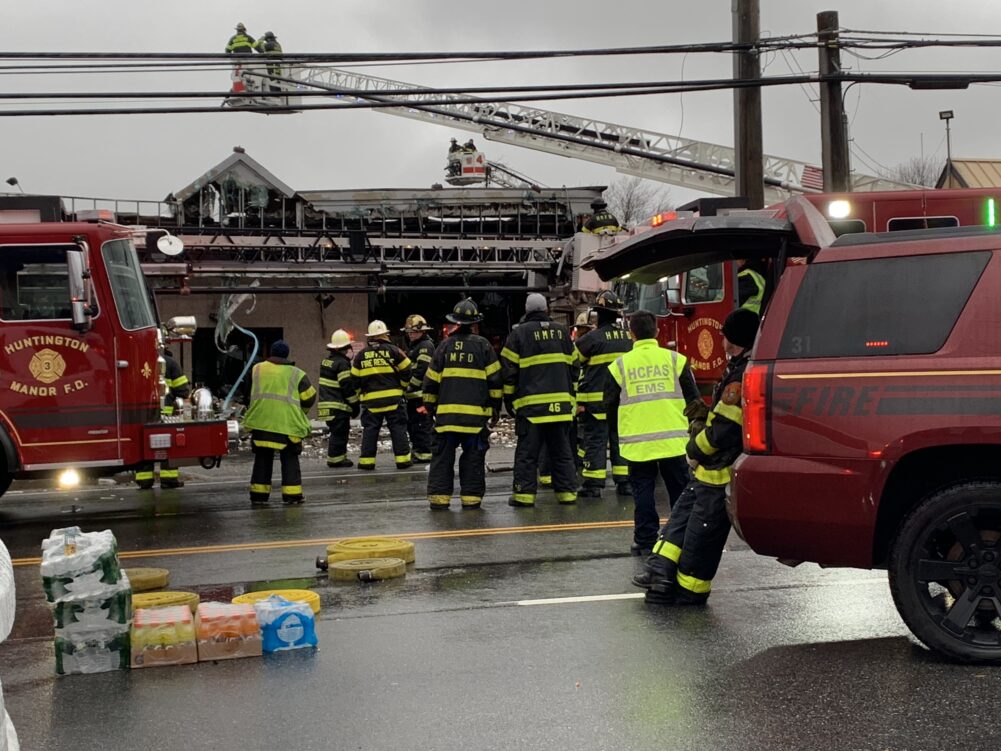 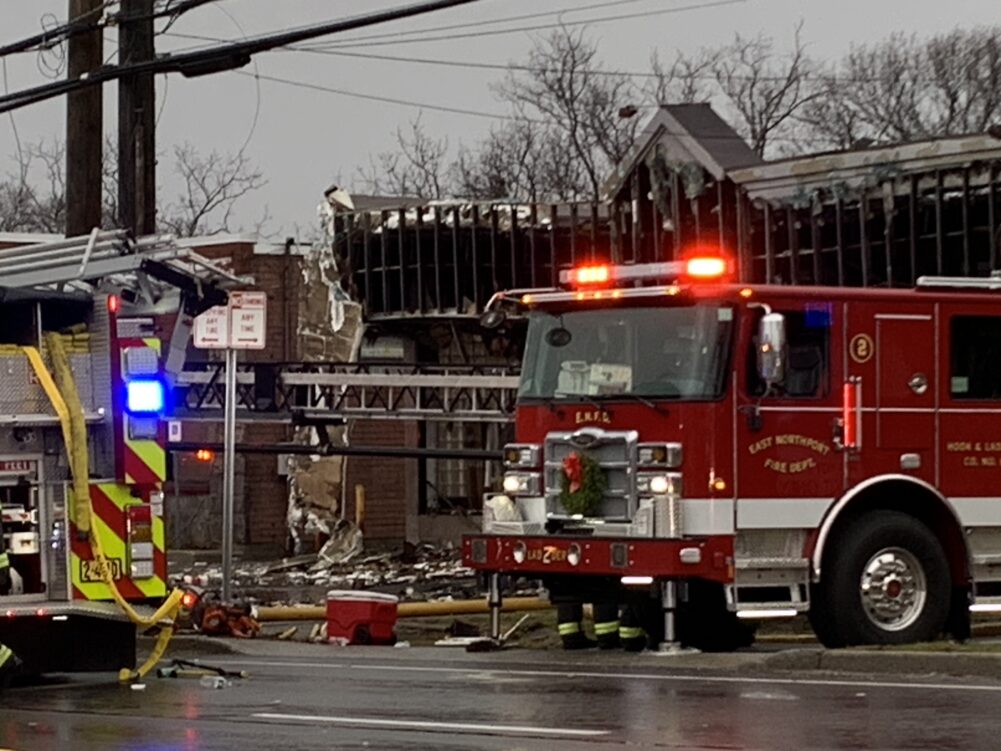 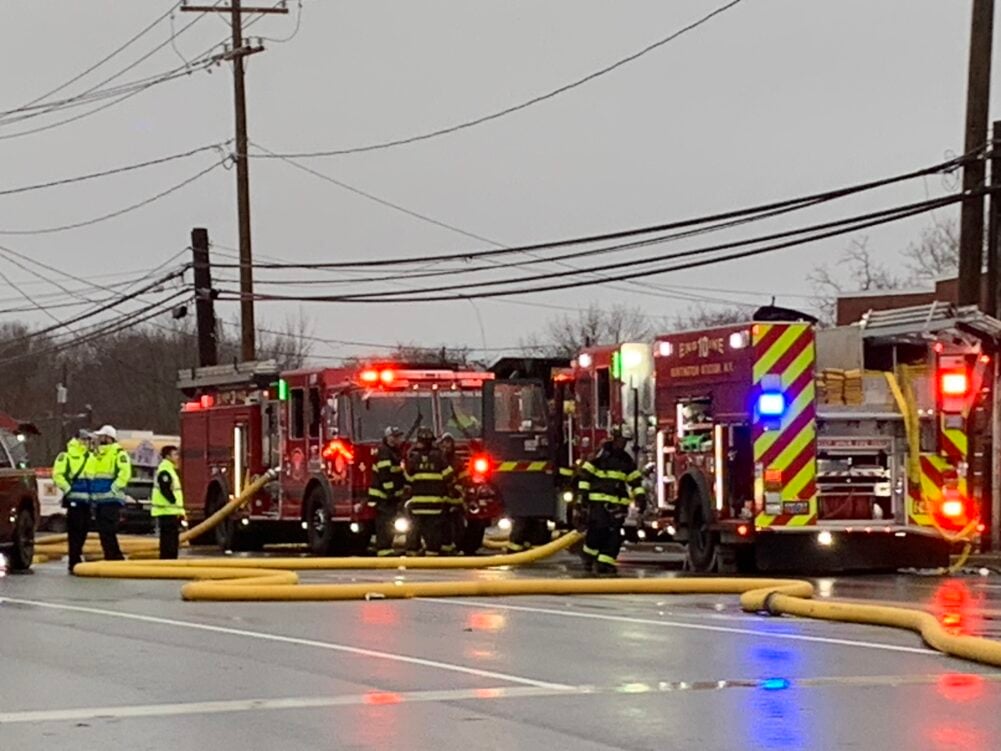 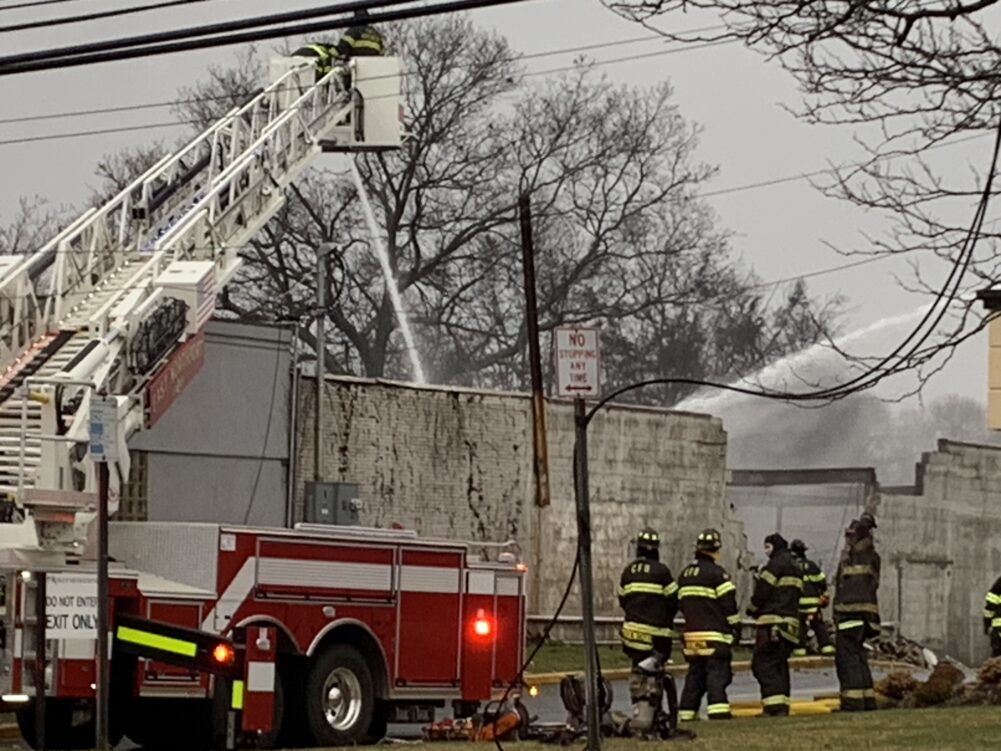 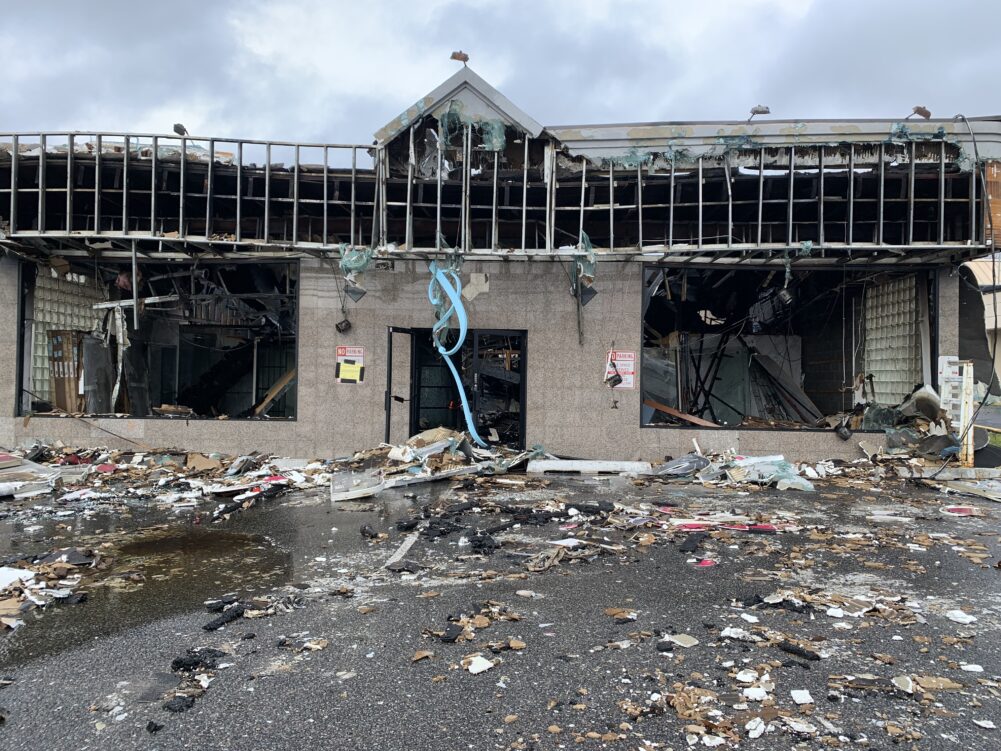 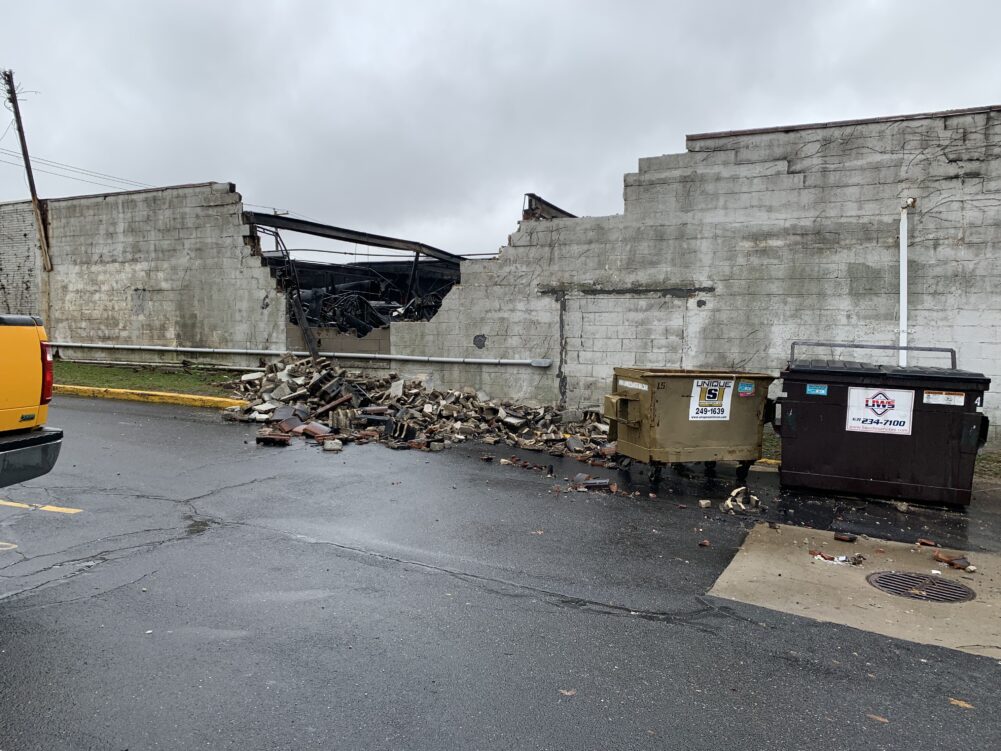 Firefighters were still fighting the fire at 691 E. Jericho as of about 8:30 a.m.

Traffic is rerouted from east of the Turnpike Plaza (the Lidl store), with westbound vehicles attempting to bypass the fire scene packing several streets nearby, including Ruby and Emerald Lanes and Sapphire Place.

The Huntington Manor Fire Department was on scene, along with other departments including East Northport and Dix Hills.

No injuries were reported.