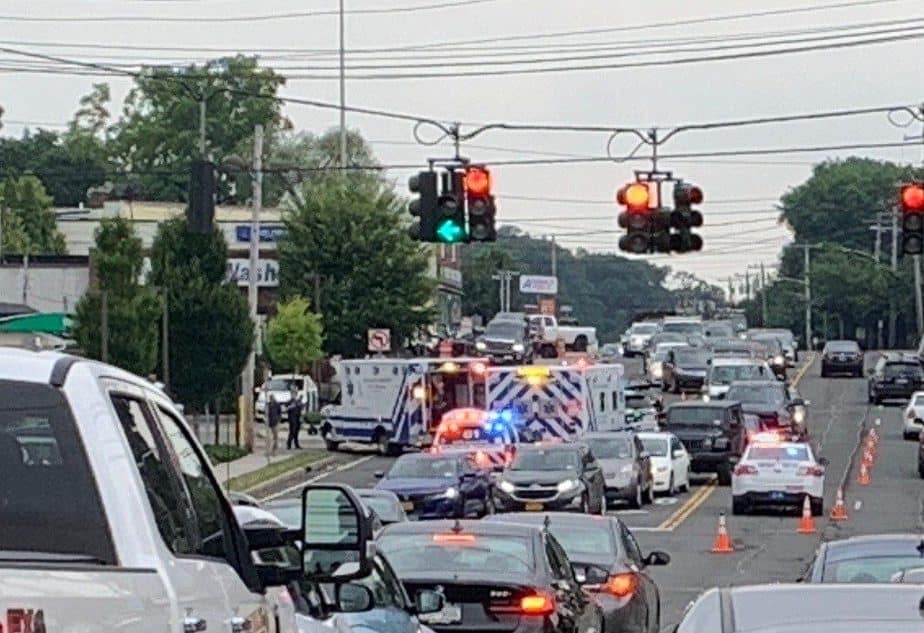 Andrea Golinsky of the Huntington Community First Aid Squad said the crash, which occurred just west of Melville Road, had left a woman, 40, with neck, back and knee pain; another woman, 21, with a head laceration, and a girl with a knee injury. Two other children, a 9-year-old and a 10 month old, were uninjured but also taken to the hospital to be checked.

One of the vehicles lost a wheel in the crash.

Suffolk police and the Huntington Manor Fire Department also responded to the crash. 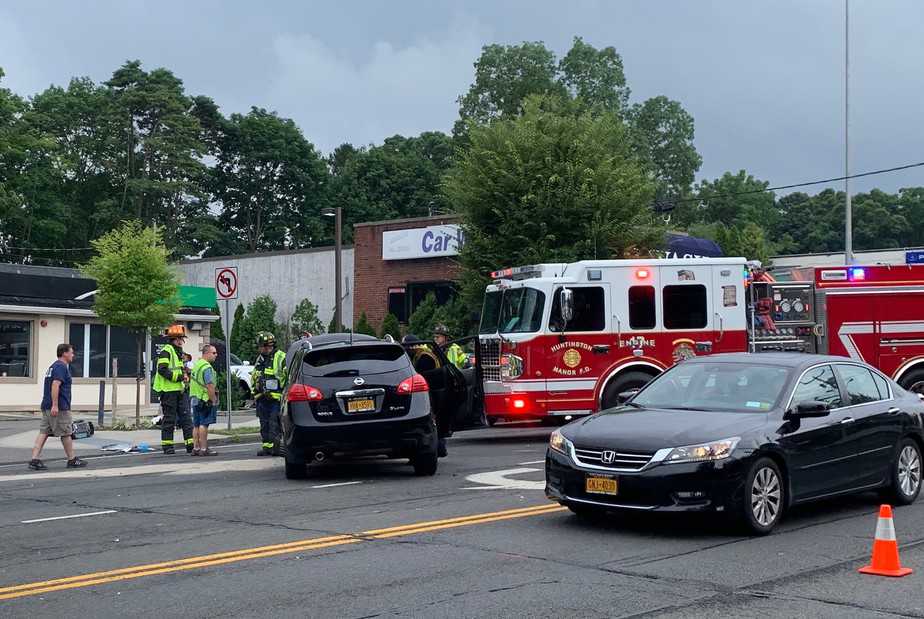