The watch is in effect until 4 p.m.

Tropical Storm Isaias is heading north along the Mid-Atlantic coast, The NWS said It is expected to slowly weaken as it accelerates northeast, likely moving over Long Island Tuesday afternoon and evening.  But tropical storm conditions are expected Tuesday afternoon, with showers and possibly a thunderstorm. Some of the storms could be severe and produce heavy rainfall. High near 80. Chance of precipitation is 90%. New rainfall amounts between a tenth and quarter of an inch, except higher amounts possible in thunderstorms.

The Metropolitan Transportation Authority said that, starting at noon, empty tractor trailers and tandems will be barred from bridges. The Long Island Rail Road said it has equipment and personnel in place to deal with any emergencies. 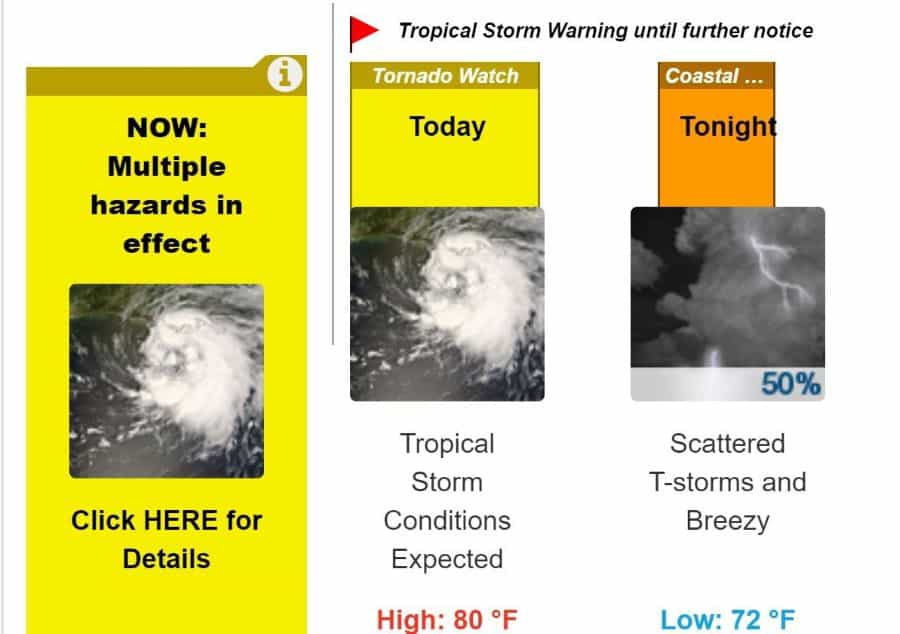