Town Highway Superintendent Kevin Orelli on Monday welcomed passage of a bill that raises the limits on amount of money that can be raised for capital expenditures for Huntington roads.

The law, which State Sen. Jim Gaughran called arcane, previously set the limit at $400,000. Under the new law, sponsored by Gaughran and State Assemblyman Steve Stern, Huntington’s limit is $1 million, similar to other towns nearby.

A second bill, S.5422, expands the  state’s liability for damages suffered by individuals due to defects in state highways.

Gaughran said, “These bills are important protections to allow safe and swift repair of our local roadways and to our motorists. S.4363 modernizes an arcane statute and allows the Town to respond quickly and appropriately during an emergency. S.5422 protects local motorists on state roadways, because drivers should not be stuck paying out-of-pocket for damages caused by a defect in a state highway that should have been repaired.”

These bills will provide critical support for local roadways and motorists.

The previous limited Hntington’s efforts to quickly repair roads and this modernization brings the Town in line with neighboring towns including Smithtown, which has a $800,000 limit and a considerably smaller population.

S.5422 will protect drivers by expanding the state’s liability for damages suffered by individuals due to defects in state highways. Currently, motorists who suffer damage due to defects on local roads may pursue damages against the locality at any time during the year so long as the municipality had advance notice of the defect.

Yet motorists who suffer damage due to defects in state roads may pursue these damages against the state only if the incident occurred between May 15 and Nov. 15.

Stern and Gaughran also inspected the massive mound of debris remaining to be disposed of from the June 30 storm that took down power lines and trees around Huntington. 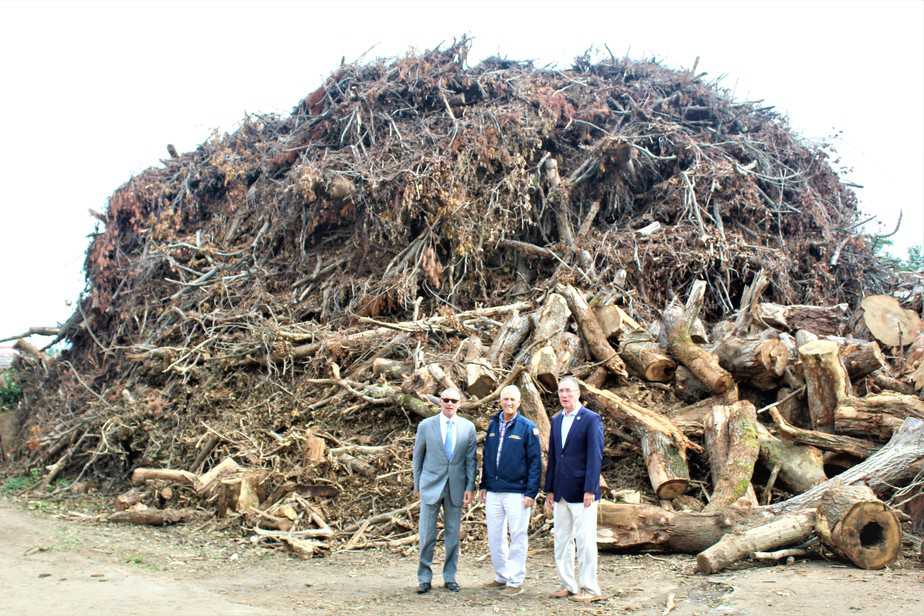