A puppy taken from a Huntington pet store was found in Brooklyn and returned, Suffolk County police said Wednesday.

But police said that, through investigations and tips from the community, the dog was recovered in Brooklyn. The 3-month-old dog was returned to the store, police said.

The man, who was described as wearing a purple jacket and a yarmulke, and standing about 5 feet 10 inches tall, put the dog in a backpack and may have fled on a bicycle, police said. The theft from the store at 125 East Jericho Turnpike occurred about 12:35 p.m.

The puppy, which is approximately 3 months old, is microchipped.

Suffolk County Police Second Squad detectives are investigating. Detectives are asking anyone with information on this incident to call the Second Squad at 631-854-
8252 or Crime Stoppers at 1-800-220-TIPS. All calls will be kept confidential. 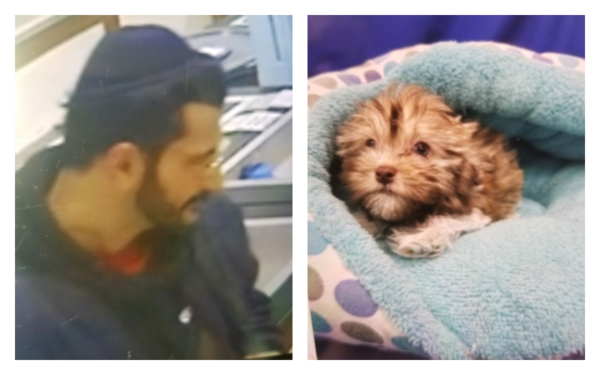