At a press conference Thursday morning in Sayville, activists said the county had created just 10 polling locations and that many are sites are far away from town centers where there are more communities of color and lower-income voters.

Suffolk has set up one polling place per township. The activists said  Nassau County is allowing voters to cast ballots at any early voting poll center in the county.

The Suffolk Board of Elections originally designated the American Legion on Pulaski Road as the early voting site, but later changed it to the Dix Hills Fire Department. While the board had said locations were subject to change, it has not responded to a request for information sent earlier this week. Early voting starts Oct. 26.

Members of Let NY Vote, and local advocates, joined together to demand the Suffolk County Board of Elections make early voting poll sites accessible for all voters and encourage them to create voting centers, where all Suffolk County voters can cast their ballots.

Advocates said Suffolk’s allocation of one polling place per township skews the availability of early voting to the smaller population townships.

“Early voting in New York will be a game changer for millions of New Yorkers, but only if it’s set up correctly. Suffolk County needs more voting sites and centers in places that are easily accessible for voters — not just those that have access to a car. The clock is ticking, Suffolk County BOE, time to get it right,” said Susan Lerner, executive director of Common Cause/NY.

In January, the New York State legislature passed – and Gov. Cuomo signed into law – early voting, which gives voters nine days to the runup to Election Day to vote.

“Early voting has been a proven method of increasing voter turnout among all citizens in states that have instituted the policy. Thanks to the New State Senate Majority we now have early voting in NY,” said Mark D West,Vice Chair of Islip Democratic Committee.  “But it passed with inadequate funding. We call upon the Suffolk County Board of Elections increase the hours of each of the 10 early voting days to a full 6am to 9pm day to match the Primary and General Election hours. We also call upon the BOE to extend the number of locations to match the State guidelines of one polling place per every 50,000 registered voters and to allow votes to be cast at any of the polling locations most convenient to the voters regardless of location,” 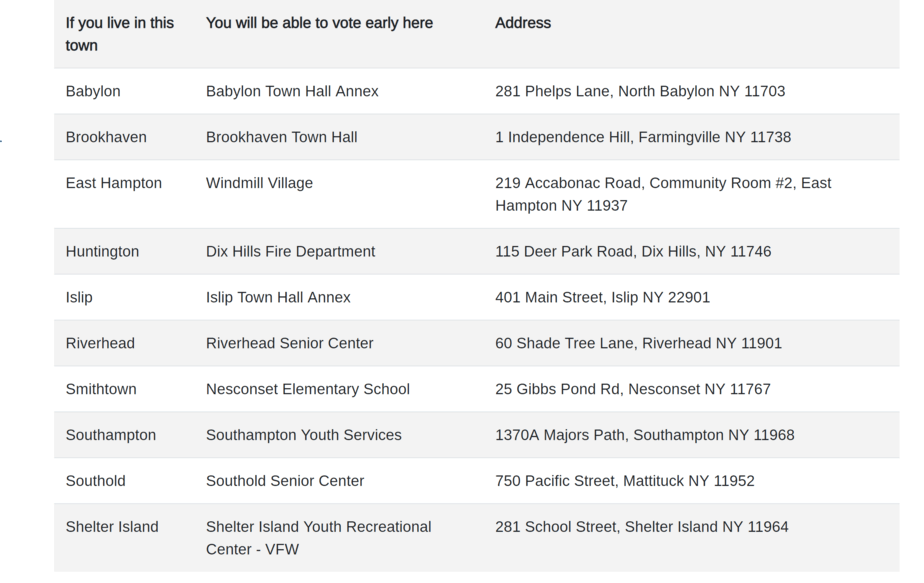 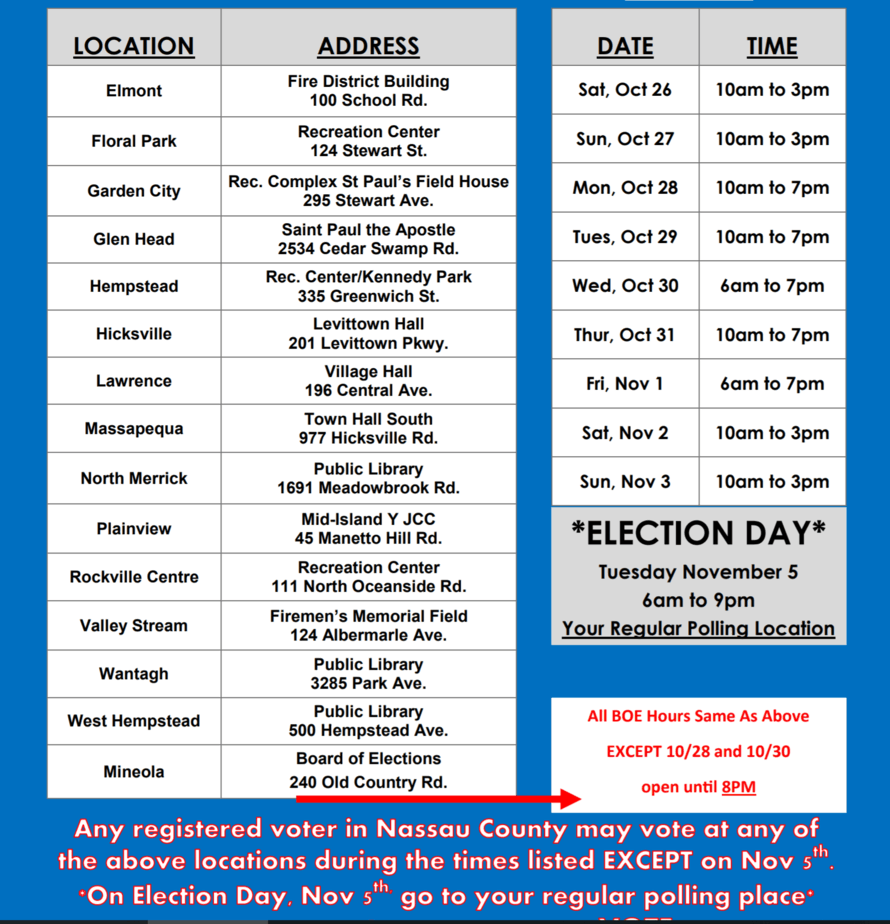