Suffolk Police Commissioner Rodney K. Harrison joined Huntington leaders Monday night who gathered  to bid fond farewell to the Second Precinct commander, Inspector William Scrima, who has been promoted to a new job with the department.

The popular Scrima, who has been in law enforcement for 27 years, is moving to department headquarters as executive officer of the chief of patrol’s office.

Harrison also said that Scrima’s replacement would be named after leaders in the community were offered a chance to review some of the candidates. Harrison said that leaders would be asked their opinions of a small number of candidates who stepped forward to run the precinct and to rank them by preference departmental leaders making the final decision.

The consistent theme, voiced by by Huntington Supervisor Ed Smyth and many others, was that they were unhappy about having to say goodbye to Scrima.

“We don’t approve of this,” Smyth joked,

But he and others acknowledged that they were pleased at Scrima’s accomplishments and happy to see him promoted.

“He has been fantastic for us,” Smyth added.

So too, community activist Dee Thompson said, “I’m not very happy about this,” saying she’d called Scrima numerous times about different issues. “He always comes back with an answer that I might not like but that I can live with.”

Pilar Moya-Mancera, executive director of the nonprofit organization Housing Helpm said to Scrima, “Youmade this town a better place to live,” and to Harrison,” this is a great loss to the town of Huntington.”

Councilwoman Joan Cergol said, “You’re a tough cop, yes, but you have a caring and compassion side. Huntington loves you.”

The farewell at the Second Precinct brought out people from several walks of life, including Willie Perez,  the founder of Hombres de Palabra, NY, Councilmen Dr. Dave Bennardo and Sal Ferro, Receiver of Taxes Jillian Guthman, activist Jim McGoldrick, pastor Danny Rivera of Huntington Assembly of God, and many others. 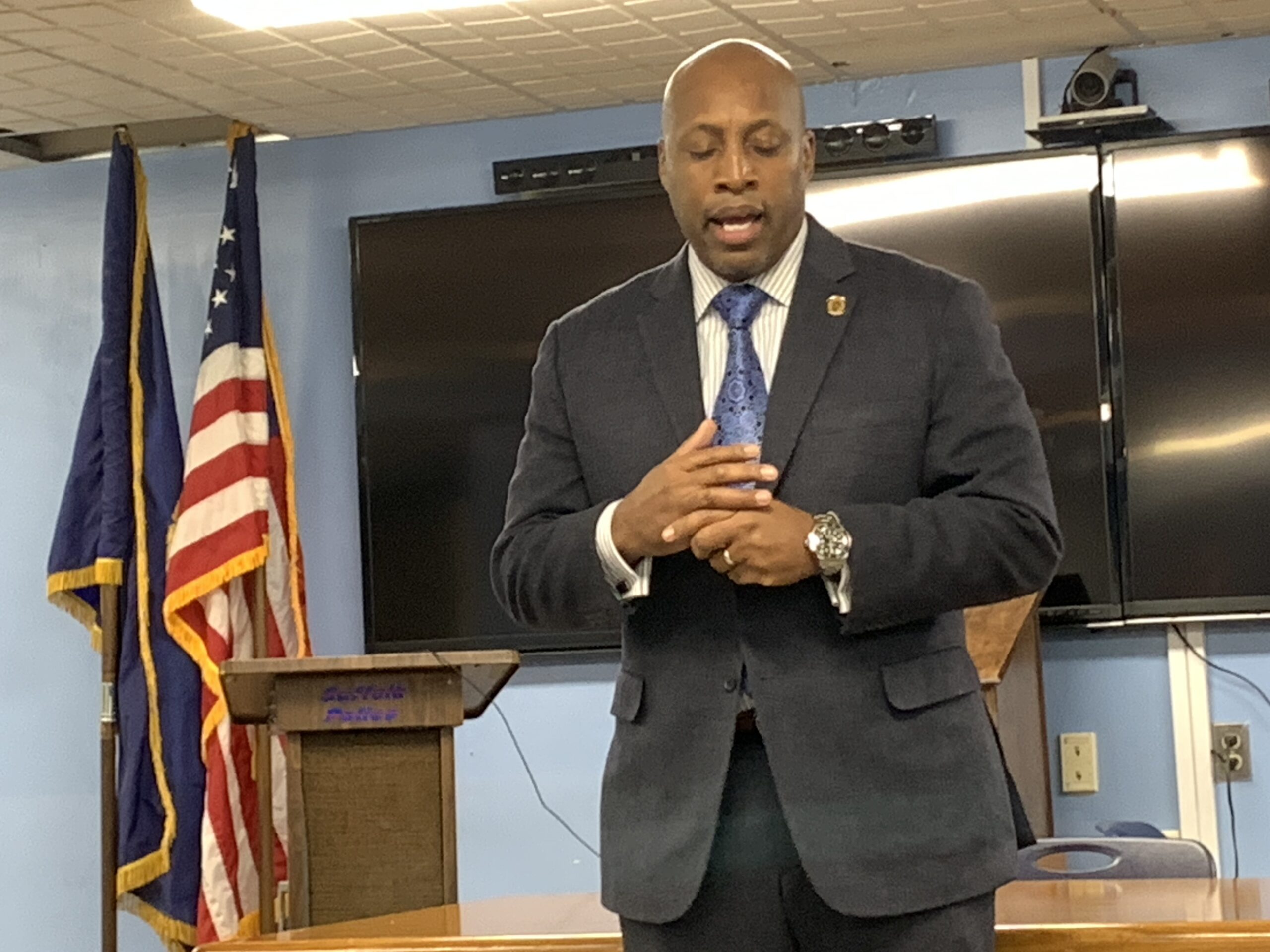 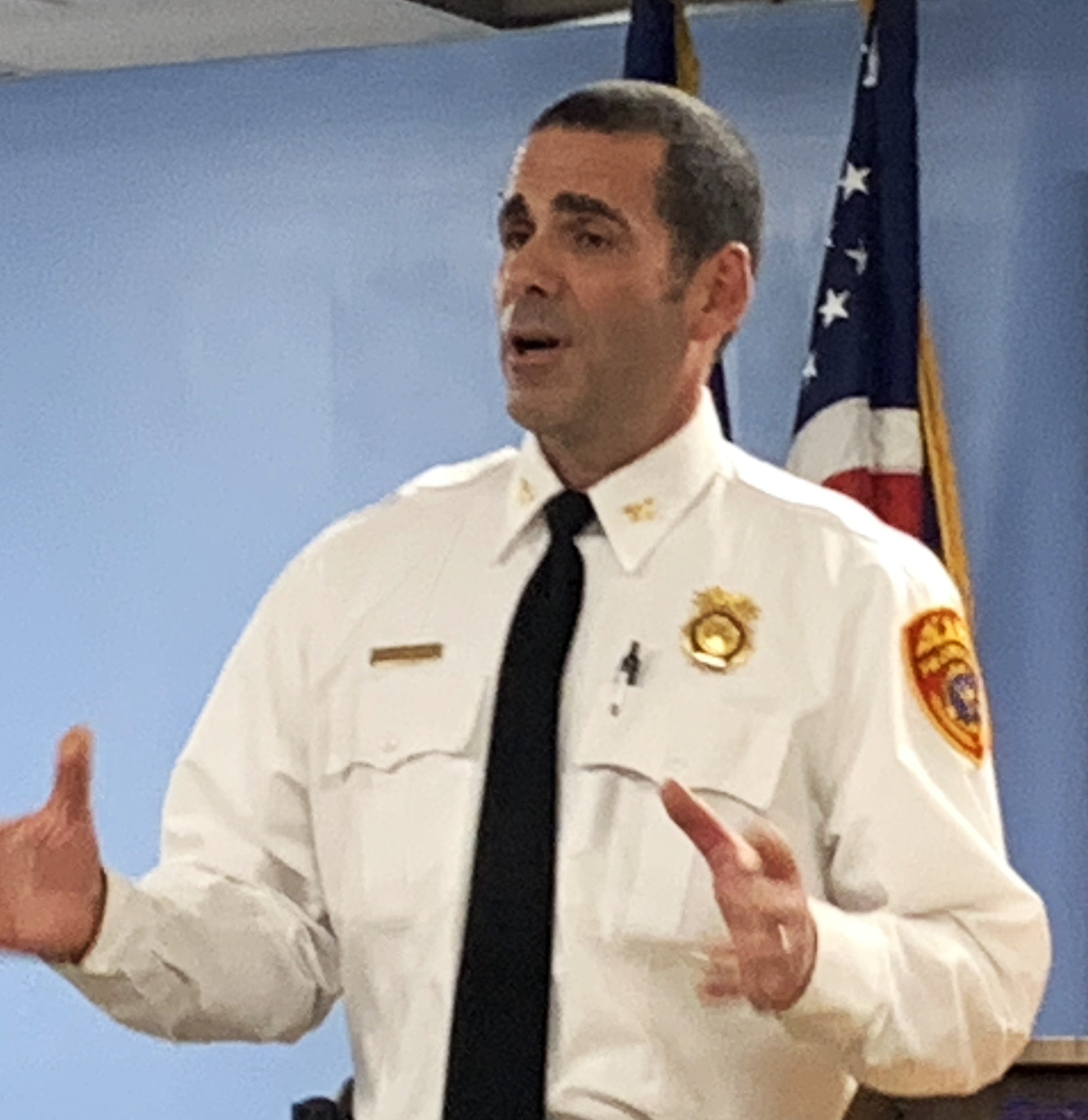 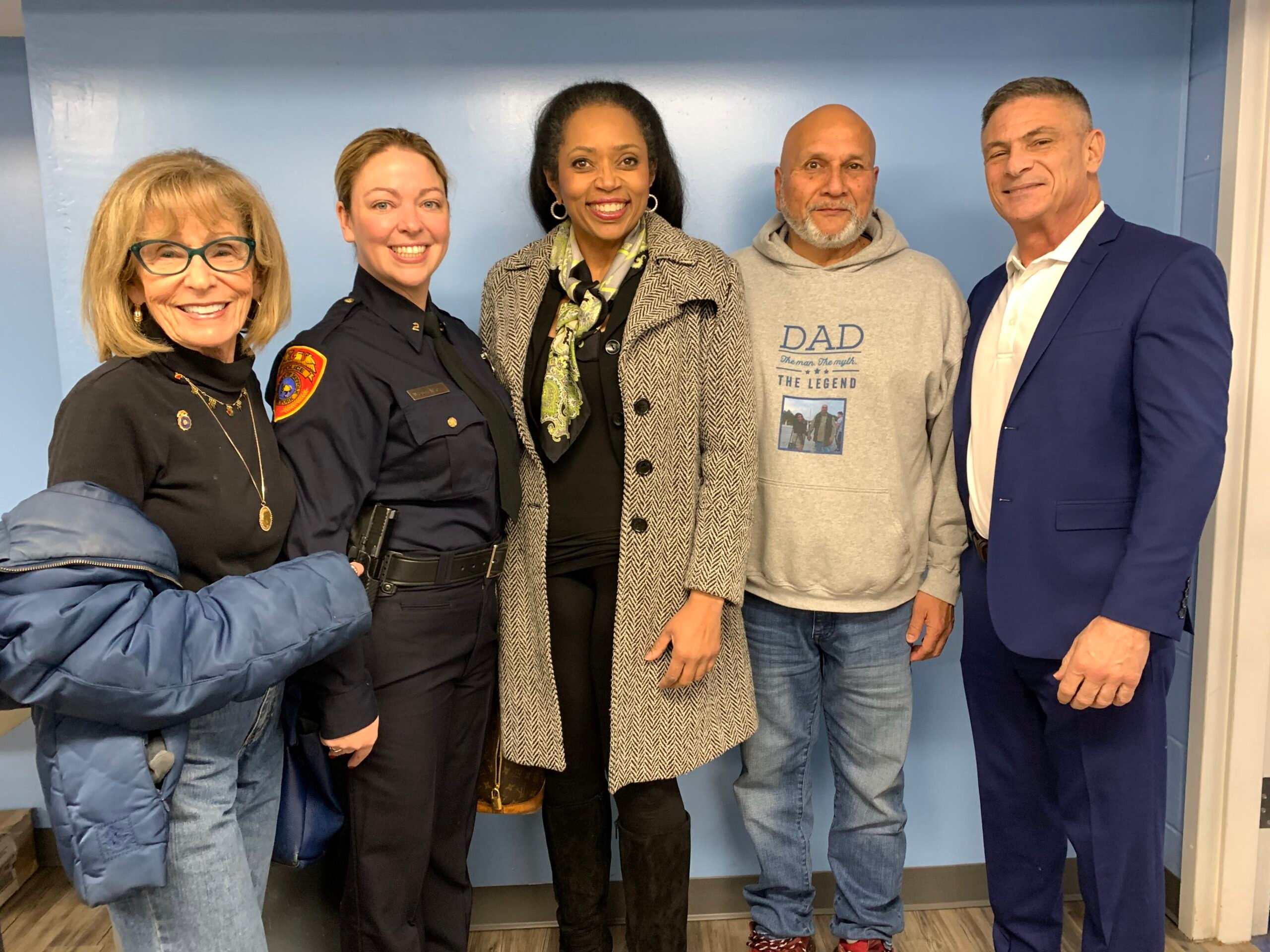 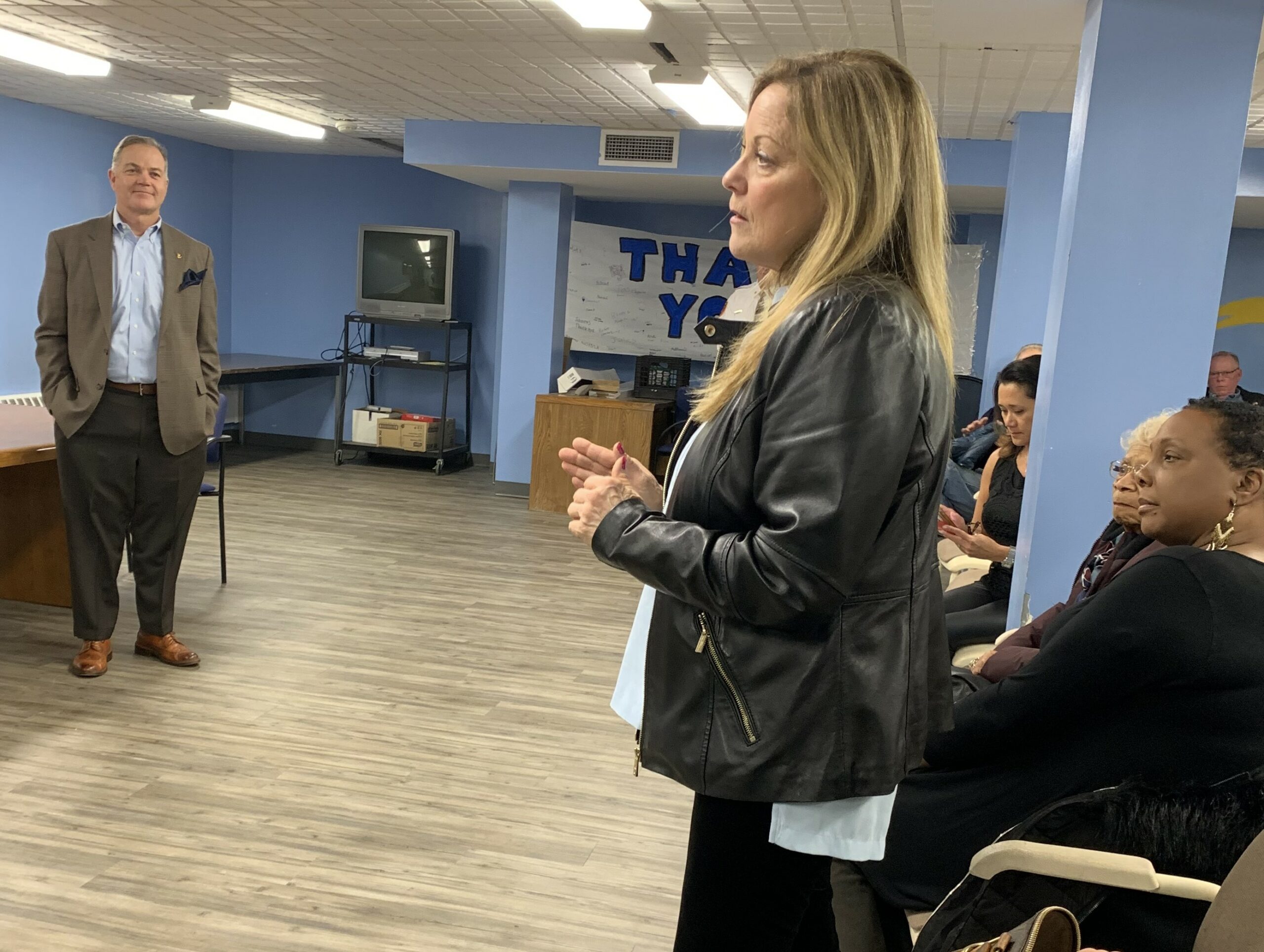 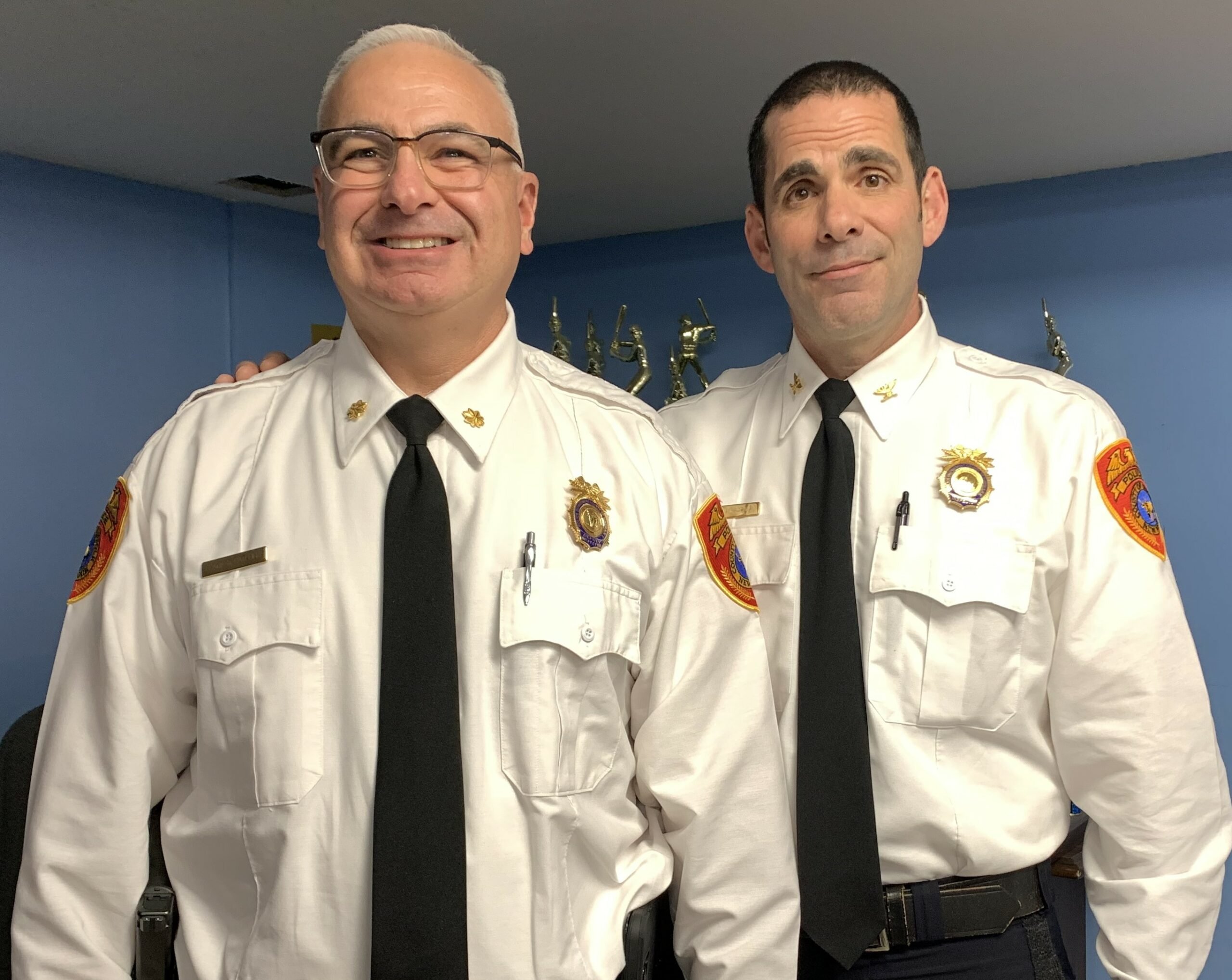 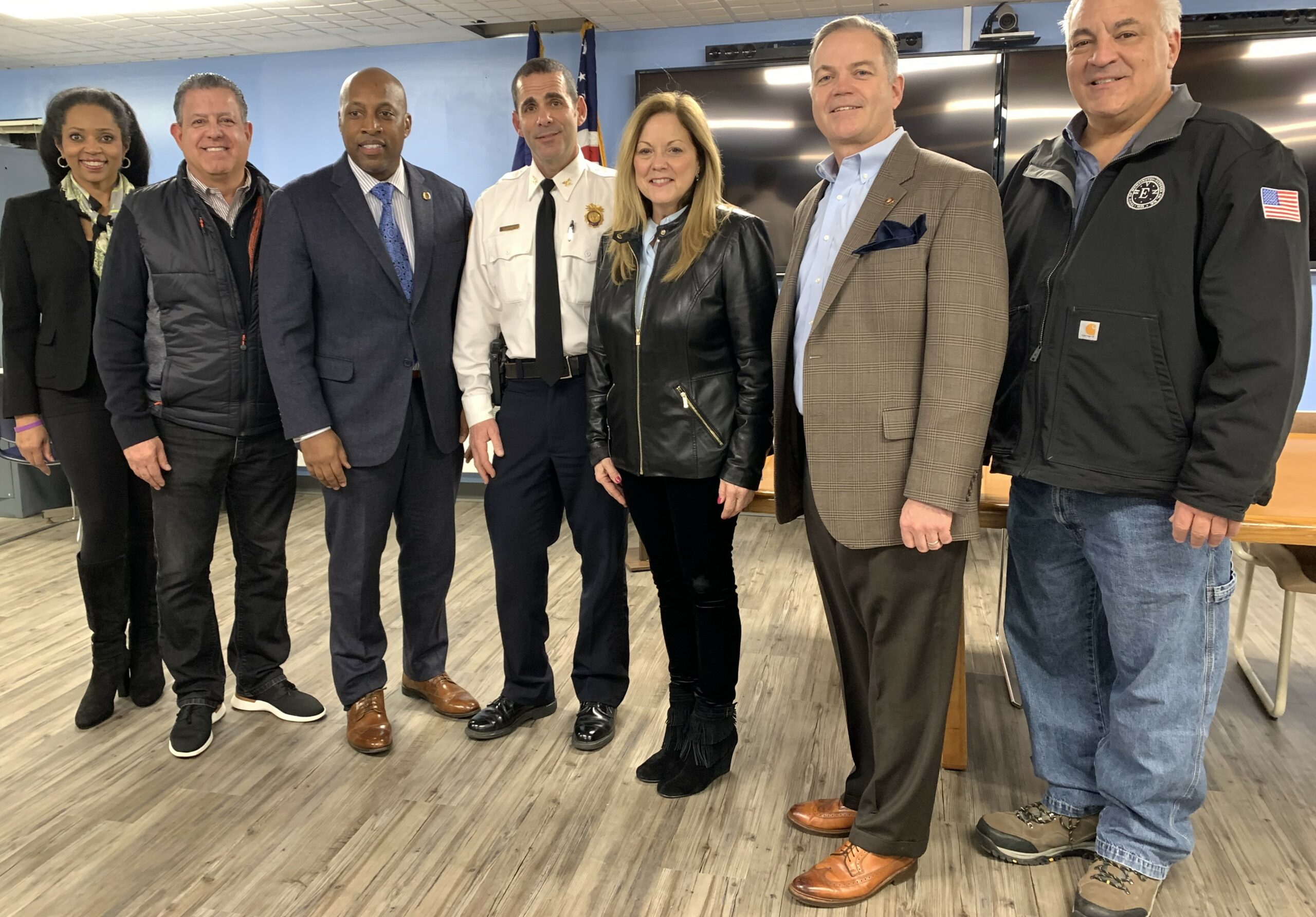 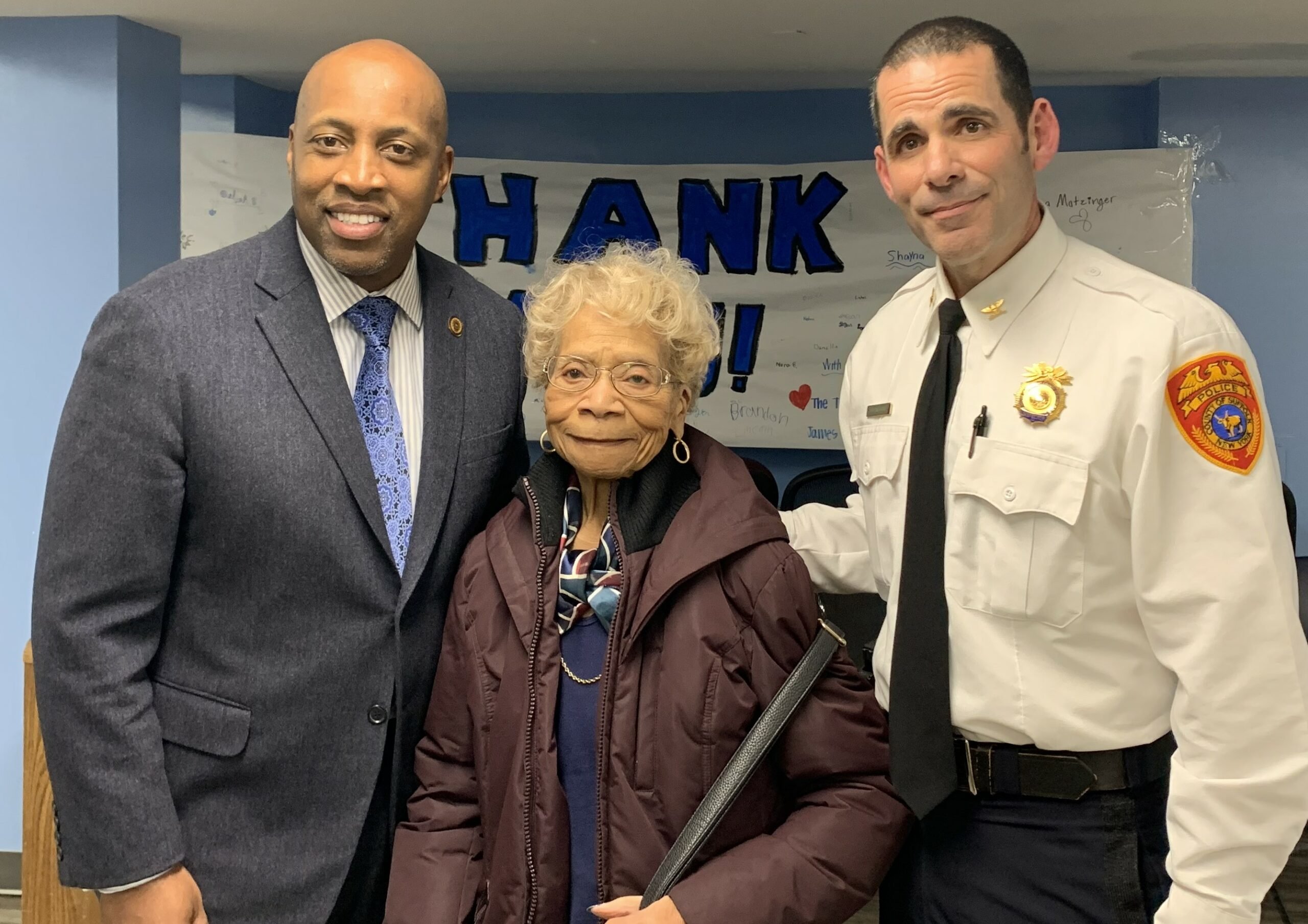 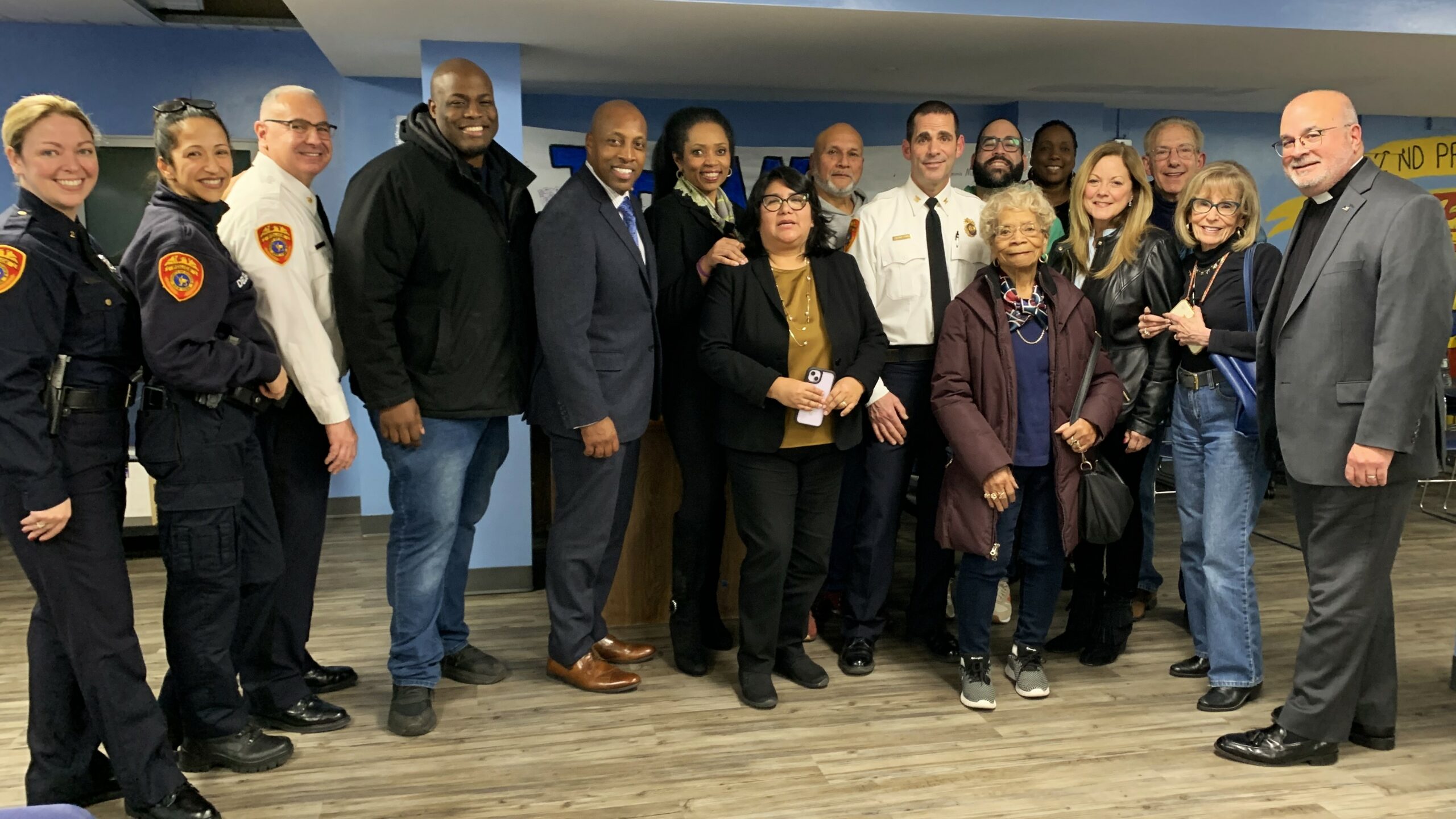