Gene Cook demanded Thursday night that  Ed Smyth drop out of the campaign for Huntington town supervisor after the revelation of texts allegedly sent by a town departmental supervisor to employees, insisting that they work on Smyth’s campaign.

“I am absolutely offended and Ed Smyth should be apologizing to absolutely everyone. The man should drop out of the race right now,” Cook, who is also running for town supervisor as an independent. said. He plans to discuss the situation with other members of the Town Board and the town attorney’s office on Friday.

The texts, occasionally vulgar, were first reported by The Huntingtonian earlier in the day. They refer to a person named Michelle, apparently Michelle Conroy, who is connected to Smyth’s campaign.

“With the stroke of a pen, Michelle can erase you and she is no joke so keep that in the back of your heads!”

Smyth said, “It was brought to my attention late Wednesday that an employee sent an offensive text message to other town employees pressuring them to campaign.  Upon learning of the text message, I immediately informed the town attorney and the Director of the Department to initiate a full investigation.

“I am disheartened someone would think they speak on my behalf in this way. I do not conduct myself in this manner; I never have and I certainly never will. This Town employee acted alone; his behavior does not represent my campaign, the volunteers, or the hard work we have put in the past several months.”

Sanin said, “I am outraged that Huntington Town employees were allegedly sent violent, threatening emails demanding they work on Deputy Supervisor Ed Smyth’s campaign or face consequences.This abuse of power is dangerous and illegal, and must be investigated thoroughly and swiftly. People deserve a safe workplace, free from hostility, abuse and discrimination. When it comes to corruption at Huntington Town Hall, Deputy Supervisor Ed Smyth is part of the problem, not the solution. As Supervisor, I will end the political abuses at Town Hall and put strong management in place to protect Town employees and residents.”

A source said the town attorney’s office notified the Town Board that the employee who sent the texts has been suspended without pay, but that could not be immediately confirmed.

Cook and Smyth are both members of the Town Board. They are all seeking to succeed Supervisor Chad Lupinacci, a Republican who decided not to run for re-election after a lawsuit was filed against him by a former aide, who said Lupinacci tried to abuse him. 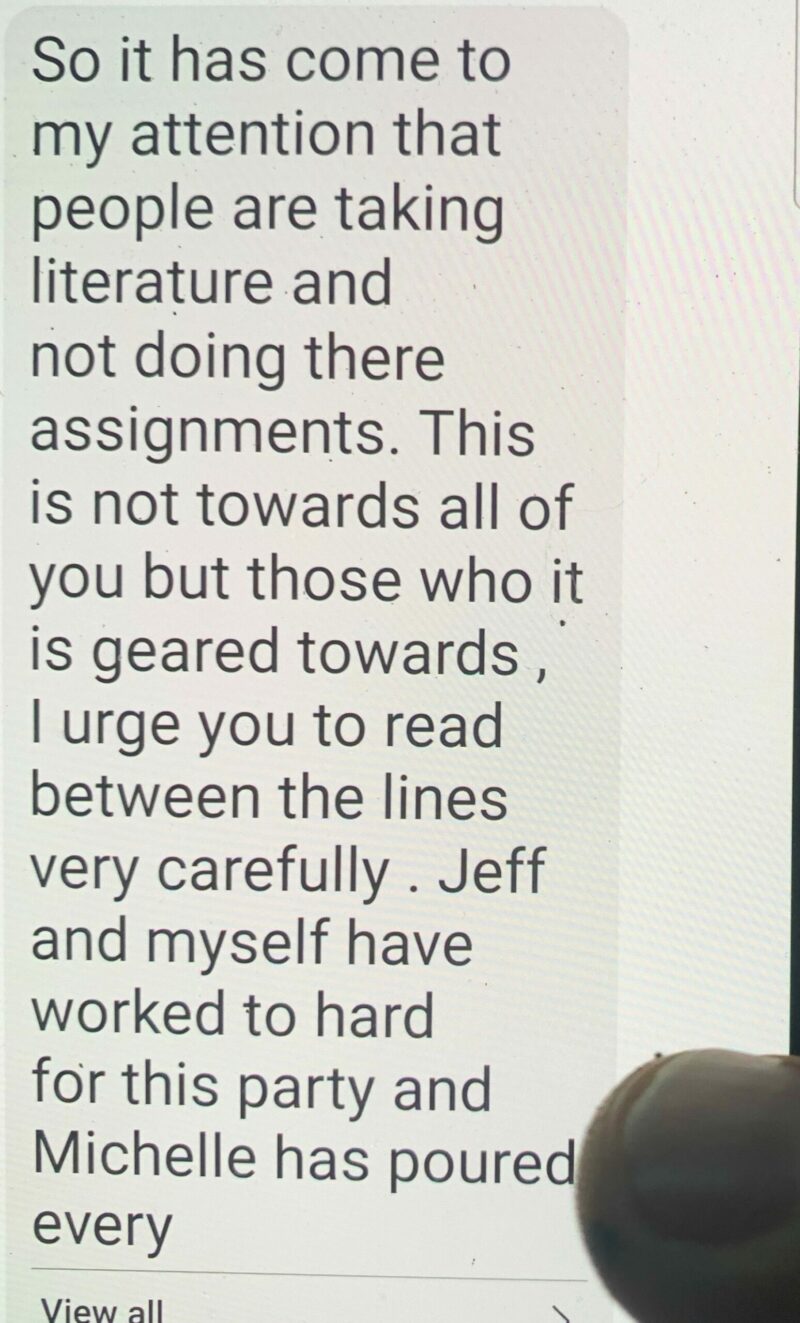 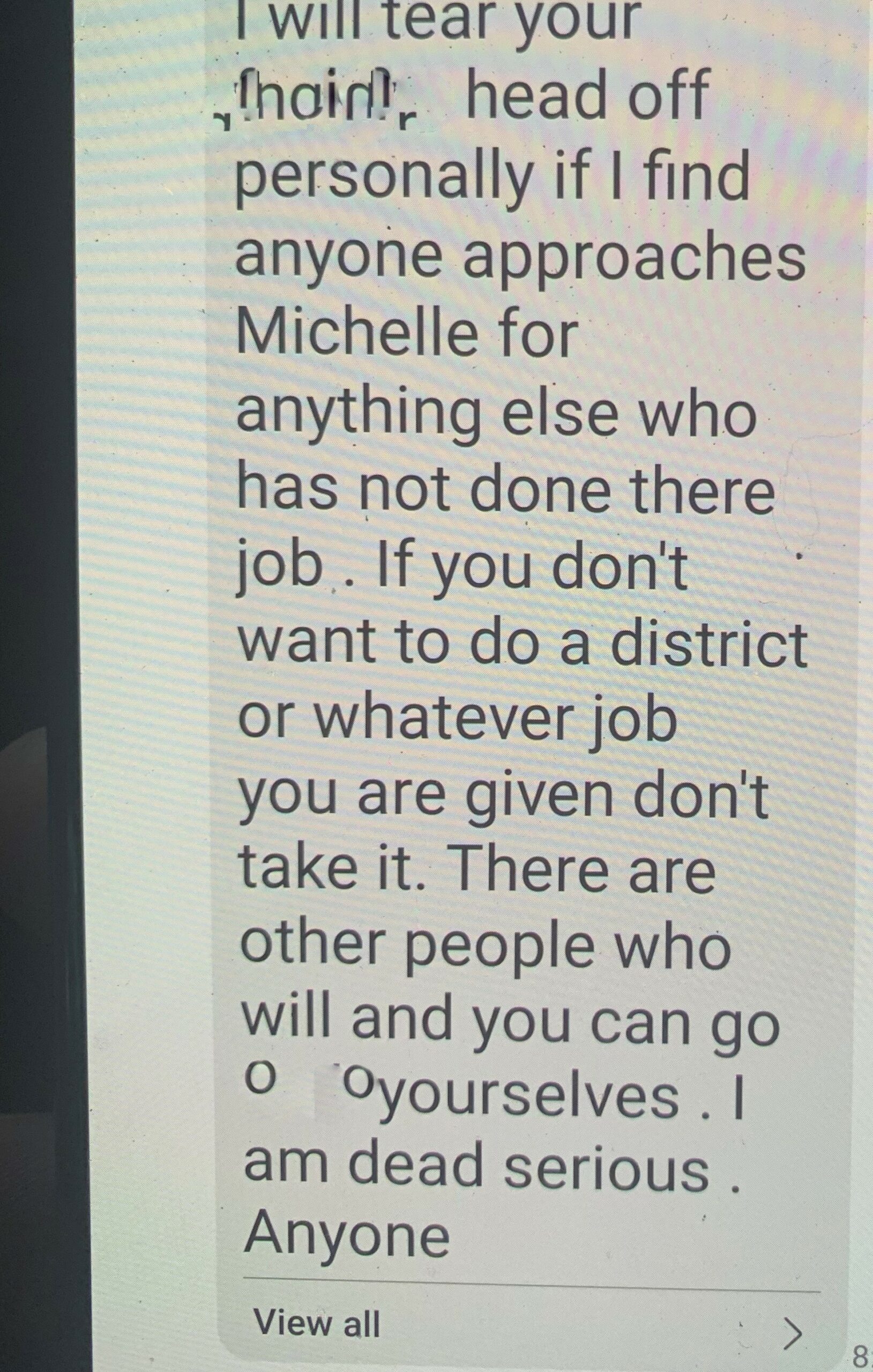 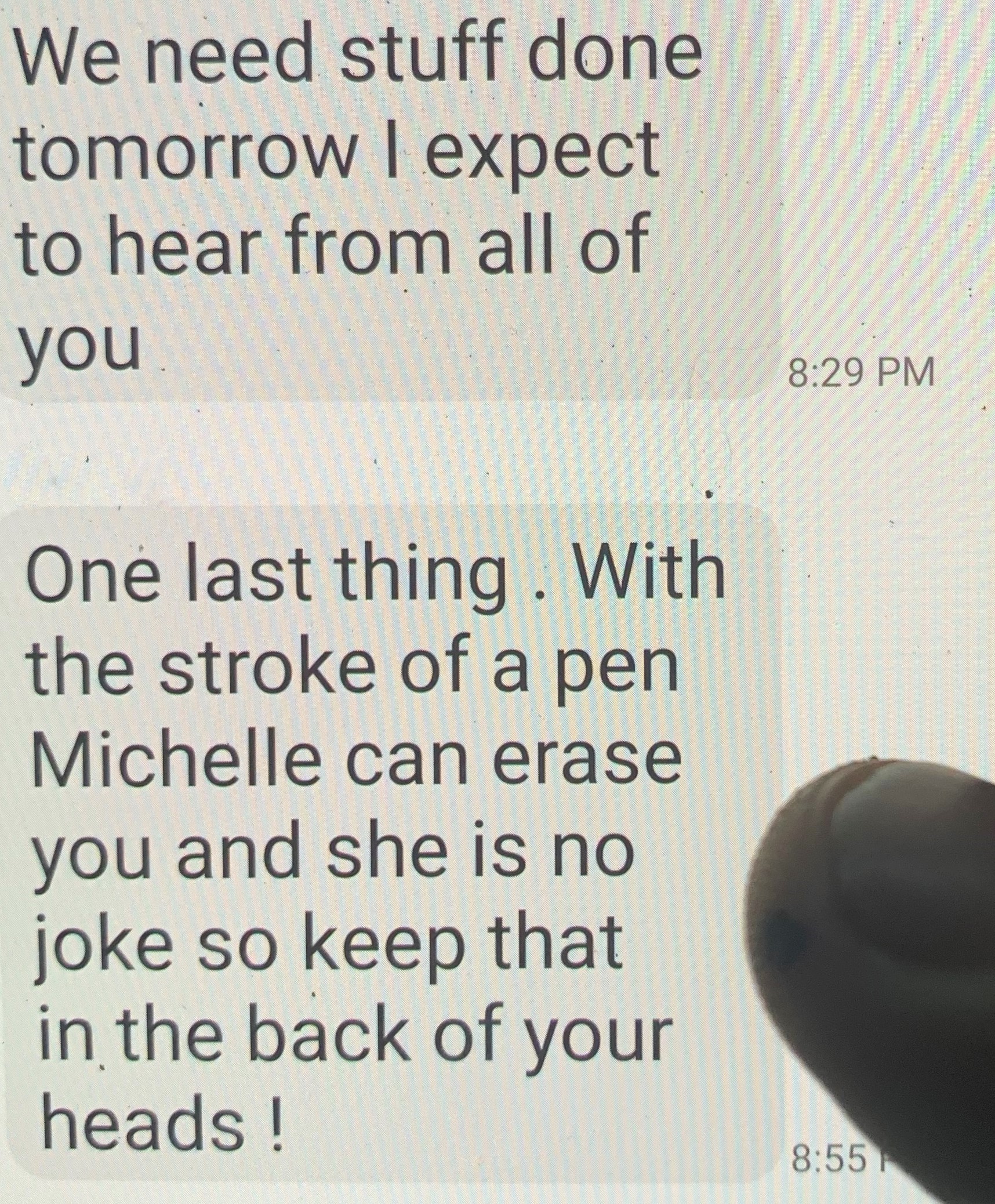