The great-great grandson of Charles Dickens will perform his live adaptation of A Christmas Carol at the Cinema Arts Centre on Dec. 5.

Gerald Dickens, who has been performing his one-man show since 1993, will play more than 30 characters from the 19th Century classic novela of redemption.  The themes of the work include poverty and the ability of a rich but selfish man to transform himself.

Charles Dickens performed public readings of his work from 1849 until 1870, the year he died.

Gerald Dickens is an actor, director and producer.

Copies of his new book, Dickens and Staplehurst: A Biography of a Rail Crash, will also be available at this event.

Photos: Gerald Dickens. Photo courtesy of Byers’ Choice. Cover of Dickens and Staplehurst: A Biography of a Rail Crash. Courtesy of Olympia Publishers.

You can purchase tickets or find more information about these and other events on the Cinema Arts Centre website: www.cinemaartscentre.org 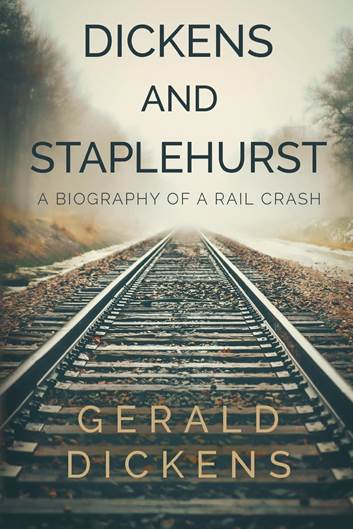