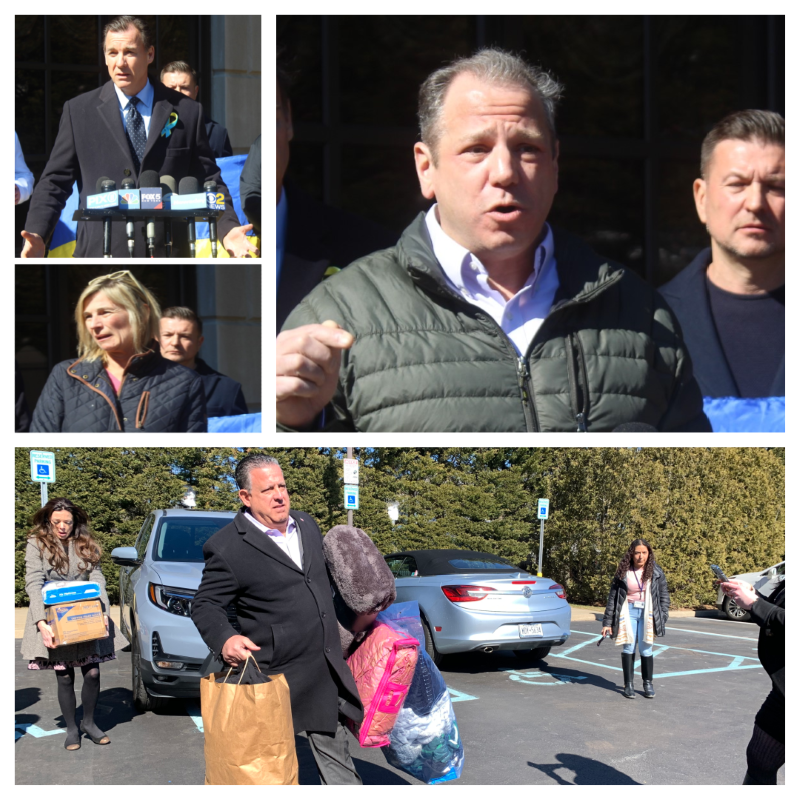 A Russian-American doctor, elected officials, activists and others kicked off an effort Thursday to collect supplies for Ukrainians suffering under the Russian invasion.

Buchin, who came to the United States when he was 10, said his office building at 224 Wall St. will take contributions, as will Huntington Town Hall. The building is also home to  Bontempi’s office.

“The horrors in Ukraine, it breaks my heart. We must do something to help. The hospitals are full; their supplies are low. We’ve created this Long Island Ukrainian Emergency Response Drive, and calling on everyone to help. Anything that can help the Ukrainian people.”

Suozzi said, “We’re all feeing so many different things right now. We’re angry at Putin–he’s a liar, a manipulator, he’s a murderer. We’re sad; we feel helpless. We don’t want to go to war but we want it to stop. Giving everyone a chance to make a contribution. But we’ve all got to do more. We’ve got to stand together, Democrats and Republicans.” 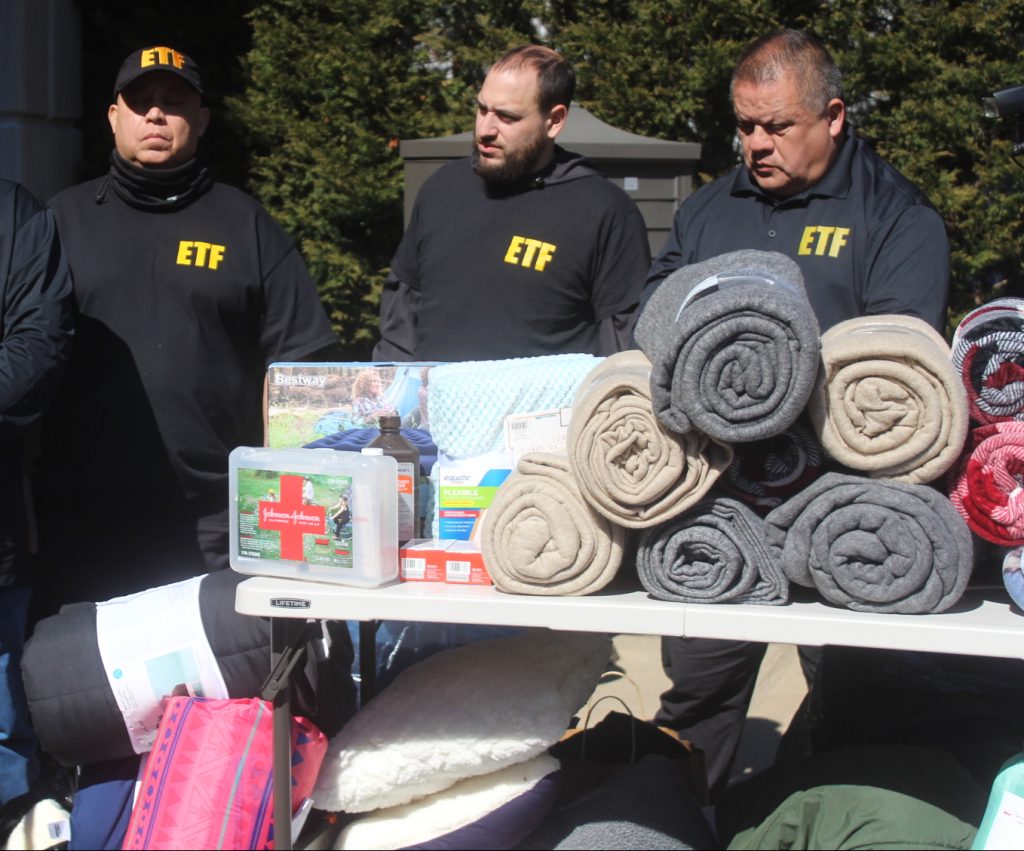