Huntington Hospital is seeking to rezone several houses nearby that it uses for non-clinical purposes as it examines ways to reallocate space and move more of its services out of the hospital.

Dr. Nick Fitterman, executive director, said the hospital already owns six houses along View Acre Drive, and is seeking to rezone them from residence to office-residence in keeping with how the properties are used. He said the hospital had gradually migrated administrative and noncritical office work to the houses.

But the most significant request involves the house at 24 View Acre Drive. The hospital would like to turn the house into a Colonial-style medical building of 5,000 to 6,000 square feet, on  3.24 acres of space.

The plan calls for a 75-foot buffer with evergreen trees, with lighting diverted away from other nearby houses and 100 parking spaces.

“We need to be good neighbors,” he said. “We are not going to do anything that is inflammatory or confrontational.”

Fitterman noted that while Covid-19 solved the hospital’s long-running parking problems, “As visitation opens, the parking problem is rearing its ugly head again.”

The hospital is considering moving some ambulatory services, such as a cardiac practice,  across the street, to keep them near the hospital. But, he said, the hospital would not set up an urgent care site that would be open night and day  but rather a lower-volume building with 9 to 5 hours. He also said that the hospital would resolve some flooding problems at the corner.

Moving more services out of the hospital would allow it to better use resources and space. During the epidemic, the hospital sometimes had to use two-patient rooms for a single occupants suffering from Covid-19.

The house at 324 Park Ave., which is held in a life estate, is also owned by the hospital, and will eventually be used for hospital purposes, Fitterman wrote to community members in March. It will be preserved historically, he said.

The rezoning plan is expected to go before the Town Board in June. 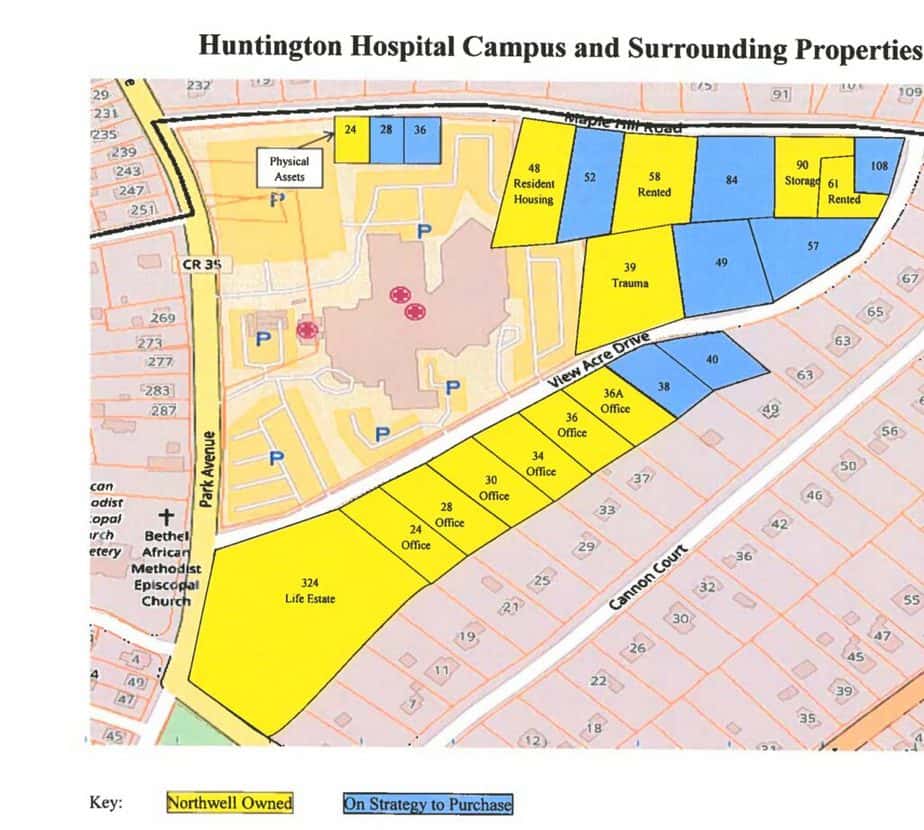