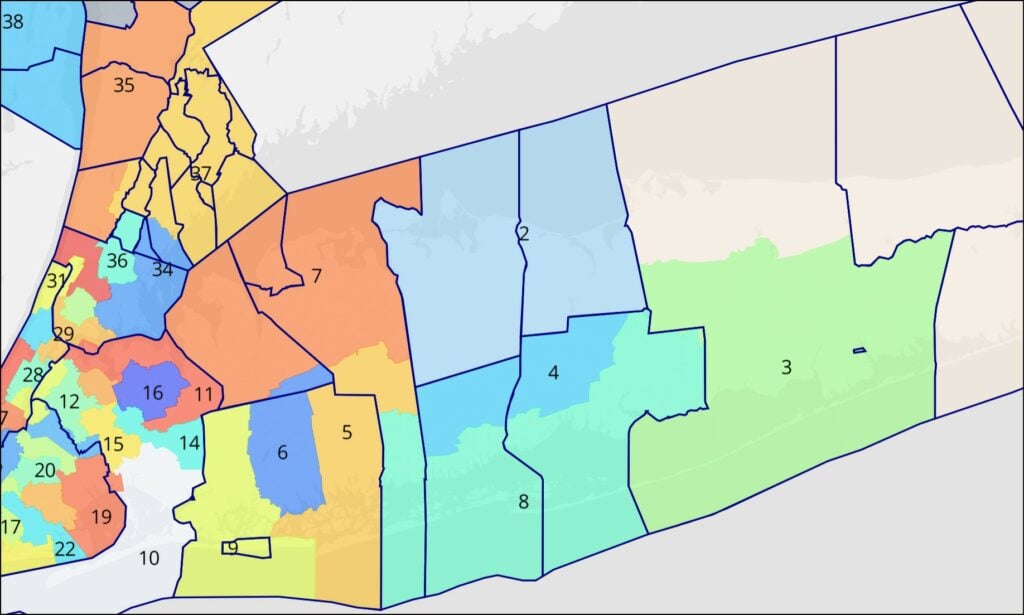 The maps were a result of a prolonged struggle over redistricting required every 10 years. After the State Legislature drew up maps, Republicans went to court, complaining about the new maps, and won, saying the Democrats had improperly gerrymandered to give themselves a district advantage.

Huntington is switching congressional districts again, under the newest plan, leaving the Third and instead attached to the expanded First District, currently represented by Lee Zeldin, a Republican who is running for governor. Earlier this week, maps put Huntington into the Second District.

The wait for information about the court’s final decision stretched throughout the day and into the late hours as reporters and politicians kept a vigil on Twitter and other social media sites, some alternating between the court watch and live reports about the New York Rangers playoff results.

At one point, the court posted a document suggesting something would be available between 8 and 9 pm. But at 11:37 p.m., Justin Brannan, a member of the New York City Council, posted what appeared to be the new State Senate district map with the words “Got ‘Em” in large letters.

This story will update Saturday.