Neon plastic balls lined the walls of the gymnasium. The pickleball participants let out a collective sigh of exhaustion as their session came to an end. They complemented each other, shared laughs and discussed the game that they loved to play. After a couple of minutes, they posed as a group with rackets in hands and smiles on their faces.

Thanks to Meryl Otis Kessler of Huntington, PopUp PickleBall was able to bring these women together on a Tuesday afternoon at Sports Performance Nation (SPN) in Westbury.

Pickleball is a racket sport, consisting of small, solid paddles, a net and polymer balls that resemble wiffle balls. Both the net and the court are smaller than those of tennis and badminton. Nevertheless, pickleball combines elements of both those sports–often without the skill or experience needed to play them.

“I grew up playing tennis and platform tennis as an adult and just loving racket sports,” she said. “I noticed that pickleball in Huntington was growing,” later acknowledging that she didn’t even know the name of the sport at first.

Otis Kessler found some people playing at Heckscher Park, did some investigating and fell in love after trying it out. What at first seemed like a silly game quickly turned into something else. “It wasn’t anything I took too seriously from a business perspective or a personal perspective,” she said. “Just the nature of it–it was for the masses. I was used to more of a country-club setting.”

Once she discovered the endless possibilities of pickleball, she founded PopUp PickleBall in February 2020. The title is a double entendre, referring to both the pick-up nature of the sport and a strategy used for scoring points.

There was so much interest in the new business from the start that they were able to withstand the COVID-19 pandemic. Otis Kessler spoke of the business’ inaugural event in Huntington Station: “We had 80 people come and that was comprised of players, other tennis clubs, other certified players and ambassadors. All the stakeholders were there and it was that one event that helped us sustain.”

Later that year, in October, PopUp PickleBall hosted a charity event for Breast Cancer Awareness Month and World Pickleball Day, with the proceeds going to Karen Joy-Miller and her organization, Huntington Breast Cancer Action Coalition (HBCAC). Through this event, PopUp PickleBall was able to gain the support of local sponsors, including Copenhagen Bakery in Northport.

It was also through this event that Otis Kessler met Sharon Bieber-Ryan, who now co-directs PopUp PickleBall’s instructional play in Westbury. With this program, players spent a half-hour performing various drills and techniques before playing actual games for the next hour.

Like Otis Kessler, Bieber-Ryan has a passion for the sport. “I do love that it appeals to everyone, even yourself,” she said. “I am about community, connection and awareness and just showing up, being present and playing in this moment.”

Bieber-Ryan has been one of PopUp PickleBall’s multiple collaborators in the year-and-a-half of its life so far. Despite being the brain behind the entire operation Otis Kessler repeatedly stressed the importance of all the people who have helped her.

Among these people are Ellen Forman and Barbara Sachs-Traina. With their help, PopUp PickleBall was recently able to create the InterClub League–the first of its kind on Long Island. The league features 60 women on six teams who come from different areas and play each other in a more competitive manner.

Forman is an avid pickleball player while Sachs-Traina is a USA Pickleball ambassador who runs one of the largest programs on Long Island at Mid-Island Y JCC in Plainview. As an ambassador, it is her duty to help promote the sport throughout the Island.

Outside of Westbury, Otis Kessler also runs instructional clinics at Crest Hollow Country Club in Woodbury. Matt Garavaglia, the director of racket sports there, has been vital to this business. Not only do they instruct the clinics together, but they are also currently looking to grow the sport. Together, they are expanding the array of playing surfaces, including the Har Tru surface located at that venue. New surfaces would mean new opportunities to play pickleball at new locations throughout Long Island, bringing the game to more people.

More than anything, however, Otis Kessler wants to expand her business itself. This fall, among other things, she is looking to include more clubs, add more facilities, cater to more levels and include men–both in their own league and in a mixed doubles (men and women) format. She said, “Our hope is to be the governing body of team tennis on Long Island and beyond. I see this as a regional and eventually national program.”

What was once a fringe sport has found new life thanks to PopUp PickleBall and its collaborators. As both a player and instructor, Otis Kessler could not be more excited for the future of this sport and her business.

“My favorite part is being able to play that dual-role,” she said. “To be a player and get so much enjoyment and share that with new people that I meet and at the same time build a sustainable business.” 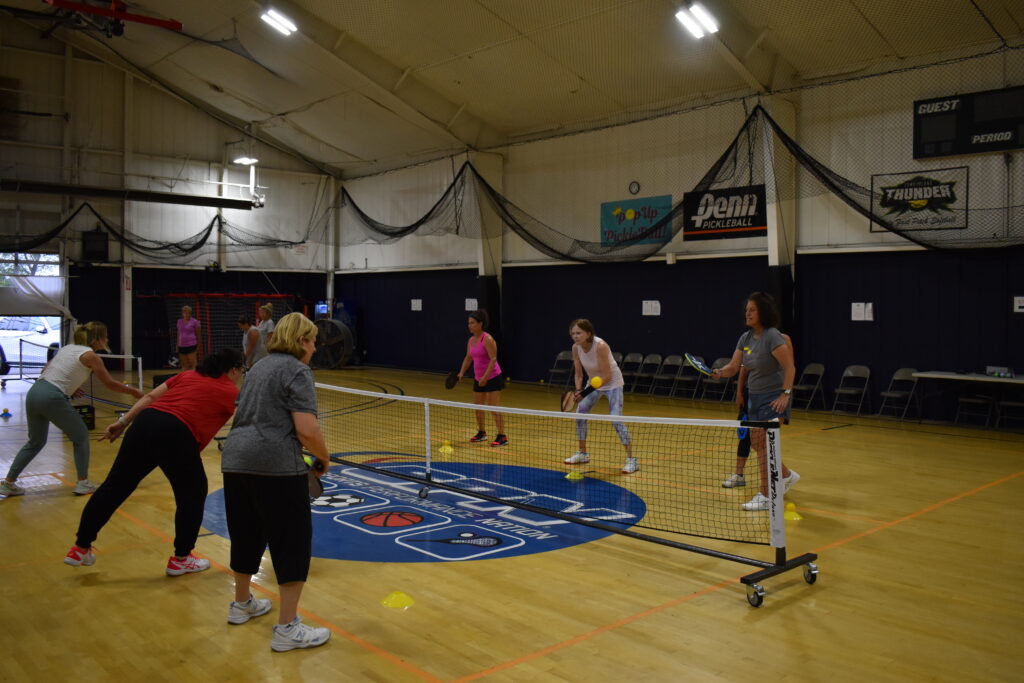 Otis Kessler (right) performing drills with some of the players. 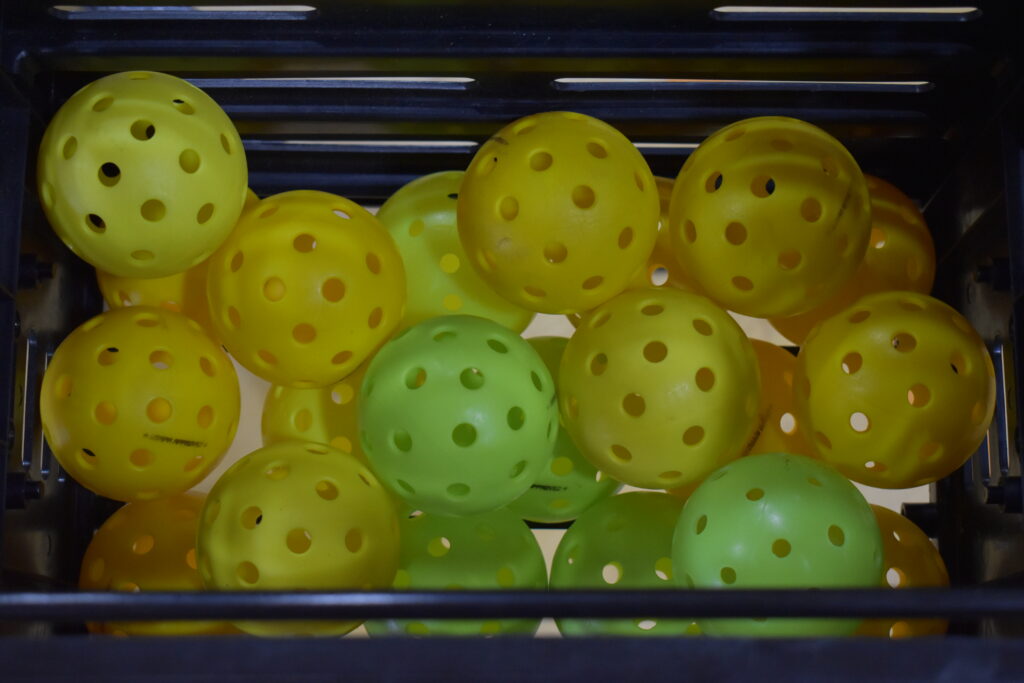 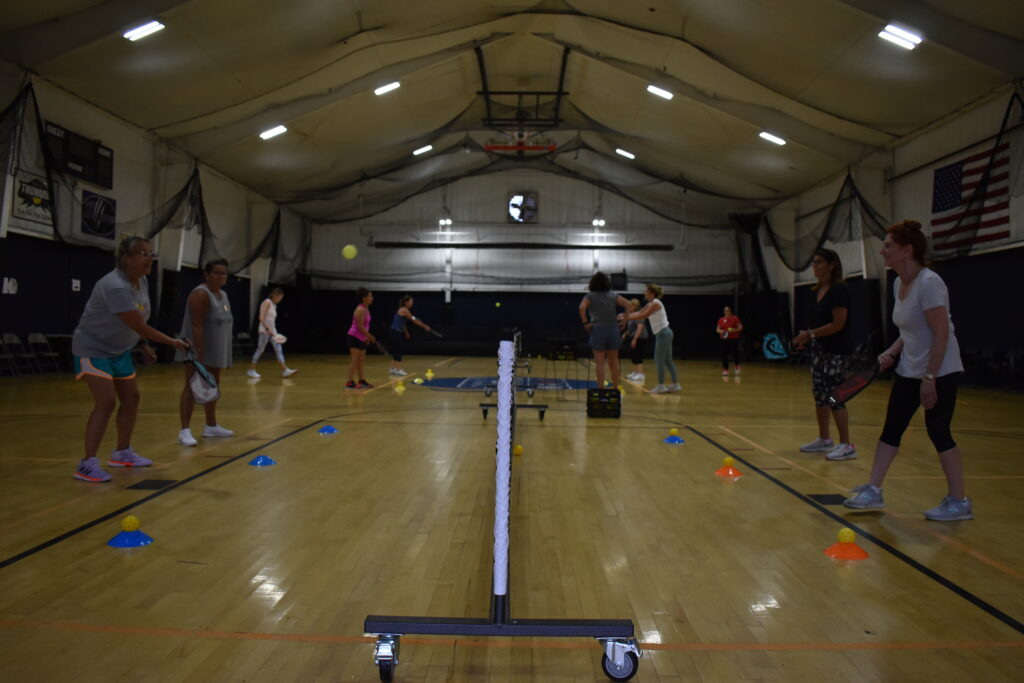 Sharon Bieber-Ryan (front left) performing drills with some of the players. 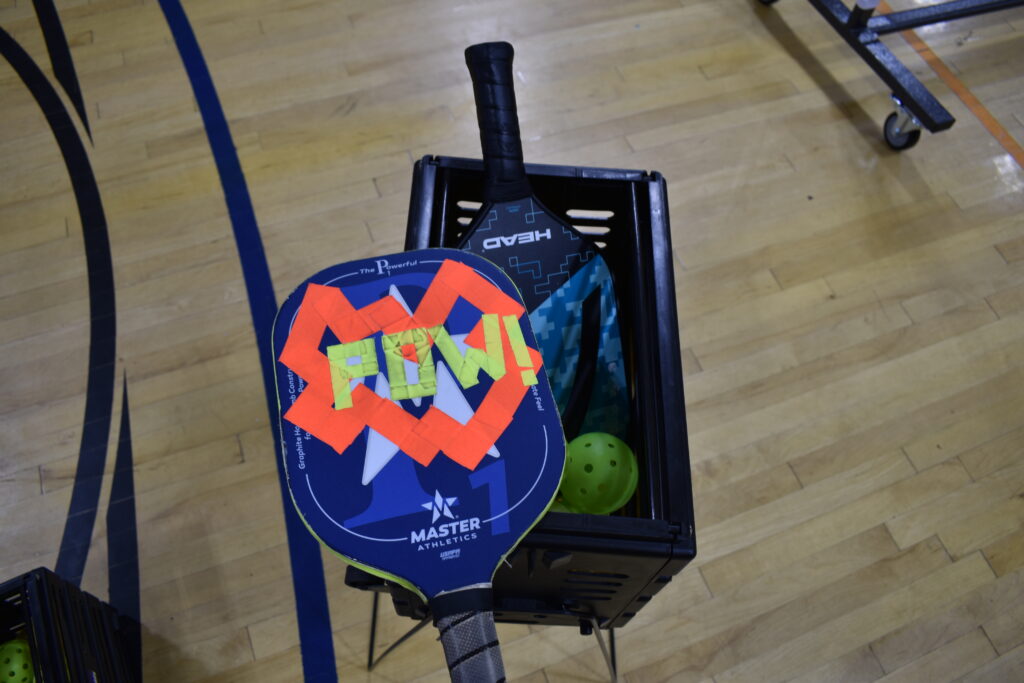 One of the paddles, covered in neon tape for glow-in-the-dark sessions. 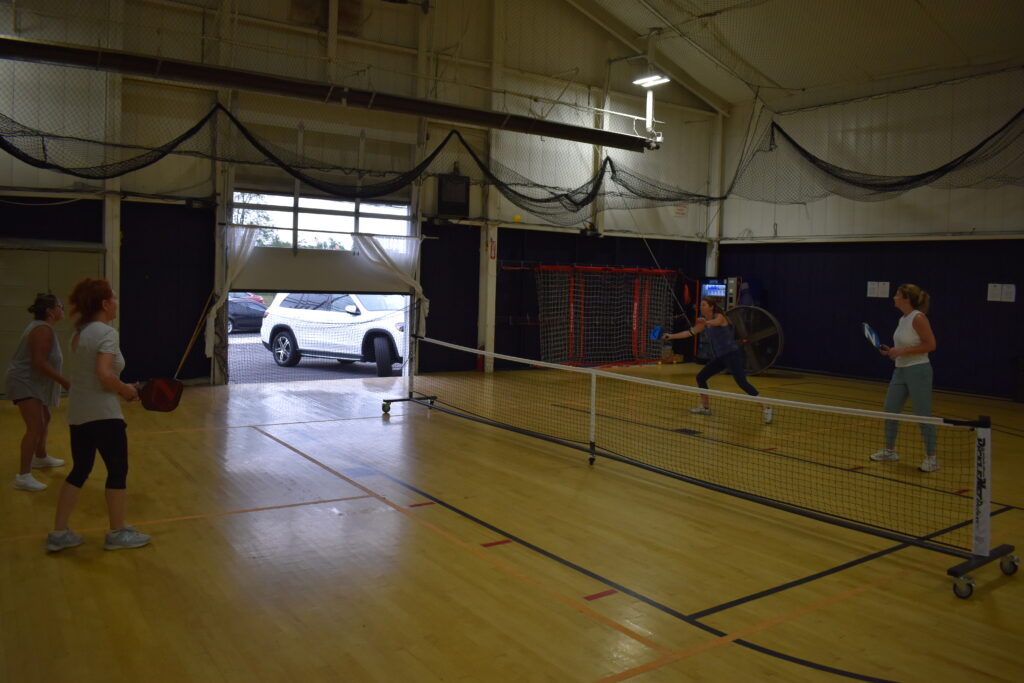 A group of players in the middle of a game.