Voters approved school budgets, often by wide margins, and incumbent Board of Education trustees did well in voting Tuesday.

One exception was Cold Spring Harbor, which ousted its school board president.

South Huntington re-elected board president Nick Ciappetta and elected newcomer William Biangasso, both to three-year terms, with 916 and 722 votes, respectively. Frederick Scragg was elected with 675 votes to fill the remaining two years of the term left vacant by the resignation of Ed Nitkewicz in December. He was immediately sworn into office Tuesday night.

The South Huntington budget passed, 907-327, as did two propositions to allow the sale of property at 2 Melville Road and at Central Field.

In the Huntington district, two incumbents, William Dwyer and Michele Kustera were re-elected, while the budget (834-150) and two spending propositions passed.

School Superintendent James W. Polansky said on the school website, “On behalf of the Board of Education and administration, please accept my sincerest gratitude for your support of the Huntington School District’s 2022-2023 budget and capital propositions. Your approval will help us to further our ongoing commitment toward addressing the needs of students across the grade levels in a fiscally responsible manner and in the wake of a challenging two-year period.”

In Elwood, trustee Deborah Weiss was re-elected with 965 votes over challenger Sean A. Camas, with 183 votes. The budget passed 804 to 396. 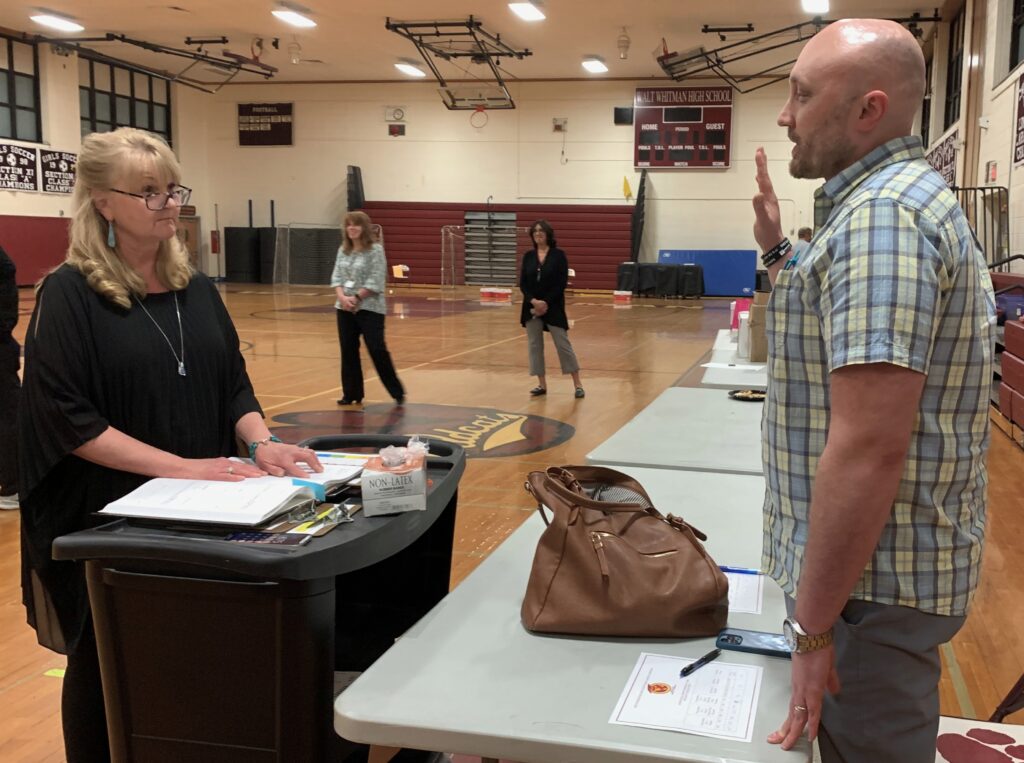 Scragg sworn in by Laura McLean.